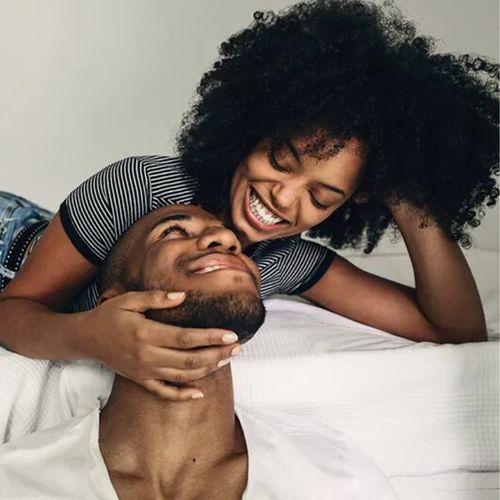 It's true that drugs can help with the mechanics of sex. A man with erectile dysfunction (ED) may have better erections when he takes Viagra. A woman with low libido may benefit from testosterone cream. Medications are only a temporary solution. They don't solve the underlying problems. Natural remedies often can.

Millions of men and women have impaired circulation, which can reduce the ability to have erections and diminish sexual sensation. Chronic stress dampens libido and sexual performance. Insomnia and low energy can make people too tired to enjoy sex.

Certain herbs and other natural products address these problems and have been used safely and successfully for hundreds of years. Natural remedies, taken alone or in combination, can improve all aspects of sexual energy and performance. They promote better blood flow, increase libido and make erections stronger.

Start with one supplement. Take it for a week or two. If you don't notice a difference, add a second or third supplement that works slightly differently.

Example: Combine ginkgo biloba (which enhances blood flow) with ginseng (which improves overall energy). Always check with your doctor before taking any supplement.

Function: Dilates blood vessels and improves circulation to the penis or vagina and clitoris. Impaired circulation is the most common cause of ED in men. In women, reduced blood flow can result in diminished sexual sensation and responsiveness. Ginkgo biloba is a very effective vasodilator, which means it opens (dilates) blood vessels. In one study, more than 70% of men with ED who took ginkgo improved their ability to have erections.

Anyone who is taking a selective serotonin reuptake inhibitor (SSRI) antidepressant, such asProzac, should consider taking ginkgo. It offsets the libido-dampening side effect that often occurs in people taking these drugs.

Caution: Ginkgo reduces the ability of blood to clot. Do not use ginkgo if you are taking warfarin (Coumadin) or other blood-thinning drugs. Patients taking daily aspirin, which also inhibits clotting, should be sure to talk to their doctors before using ginkgo.

Function: Increases pelvic circulation...improves erections...boosts libido and clitoral sensation. Arginine is an amino acid that is used by the body to produce nitric oxide, a chemical that relaxes blood vessels and promotes better circulation.

Caution: Patients with heart problems who are taking nitroglycerin should not take arginine. The combination could result in excessive vasodilation.

Also: Don't take arginine if you get cold sores from the herpes virus or have genital herpes. Arginine promotes viral replication and can increase flare-ups.

Function: Supports the adrenal glands, which produce hormones that affect genital circulation and the ability to have erections... modulates emotional stress...increases overall energy and libido. Ginseng safely increases levels of testosterone, the hormone that stimulates sexual response in men and women.

Suggested dose: 10 mg twice daily. People who take ginseng usually notice an increase in energy after about one week.

Caution: Ginseng is a mild stimulant that can increase blood pressure. Don't take it if you have been diagnosed with hypertension or heart disease.

Yohimbe is the only herb approved by the Food and Drug Administration for treating low libido and sexual dysfunction in men. It stimulates the release of norepinephrine from the adrenal glands, improving genital circulation and the ability to have erections. Women who take yohimbe experience greater sexual arousal.

Suggested dose: Follow directions on the label. Yohimbe works more rapidly than most natural products, so take it one to two hours before sex.

Caution: Yohimbe can cause sharp rises in blood pressure in some patients. It also can cause headaches and nausea. Use yohimbe only under medical supervision.

Dehydroepiandrosterone (DHEA) is a naturally occurring hormone that is converted to testosterone in the body. Testosterone and other androgens stimulate libido and sexual performance in men and women. The body's production of DHEA declines by about 1% annually after age 30, which can result in diminished sexual desire, performance and satisfaction.

Suggested dose: 5 mg daily for no more than three days a month.

Caution: Patients should take DHEA only if blood tests show that they have lower-than-normal levels. An excessive amount increases risk of side effects, such as acne, facial hair growth in women and sometimes heart palpitations. It also increases risk of tumors in the prostate gland. Men with a history of prostate cancer should not take DHEA.

How can good old water be an aphrodisiac? Because millions of Americans are chronically dehydrated—they don't drink enough water or they consume excessive amounts of caffeine, a diuretic that removes water from the body.

Dehydration can result in diminished blood flow to the peMs and genitals. Adequate hydration improves blood flow and makes it easier for men to have erections. 'Women who stay hydrated experience greater sexual comfort and satisfaction.
Suggested dose: Drink at least eight full glasses of water daily. Limit coffee and other caffeinated beverages to one or two servings daily. 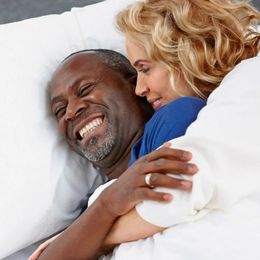 Sex After 50—Better than Ever 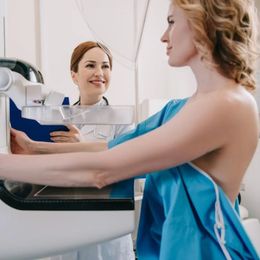