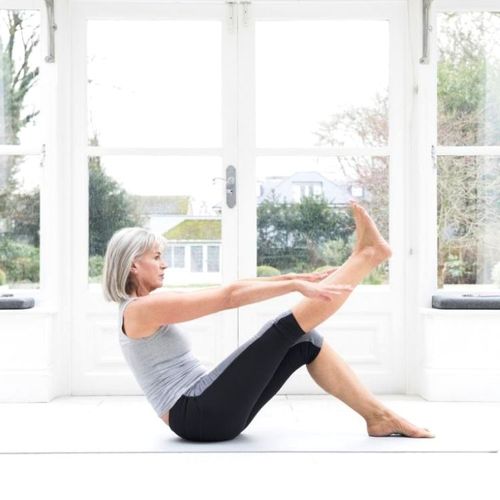 You are walking or climbing up a set of stairs, and suddenly you notice a dull, cramping pain in  your leg. Before you write off the pain as simply a sign of overexertion or just a normal part of growing older, consider this: You may have intermittent claudication, the most common symptom of peripheral artery disease (PAD).

PAD, also known as peripheral vascular disease, is a condition in which arteries and veins in your limbs, usually in the legs and feet, are blocked or narrowed by fatty deposits that reduce blood flow.

Intermittent claudication, leg discomfort (typically in the calf) that occurs during exertion or exercise and is relieved by rest, usually is the first symptom of PAD. But other possible symptoms may include leg sores that won't heal (chronic venous ulcers)...varicose veins (chronic venous insufficiency)...paleness (pallor) or discoloration (a blue tint) of the legs... or cold legs.

Why is "a little leg trouble" so significant?

If it's due to PAD, you have got a red flag that other arteries, including those in the heart and brain, may also be blocked. In fact, people with PAD have a two- to sixfold increased risk for heart attack or stroke.

An estimated eight million to 12 million Americans-including up to one in five people age 60 or older-are believed to have PAD. While many individuals who have PAD experience the symptoms described earlier, some have no symptoms at all.

Those at greatest risk: Anyone who smokes or has elevated cholesterol, high blood pressure or diabetes is at increased risk for PAD.

The standard treatment for PAD typically includes lifestyle changes (such as quitting smoking, getting regular exercise and eating a healthful diet). Medical treatment may include medication, such as one of the two drugs approved by the FDA for PAD-pentoxifylline and cilostazol (Pletal)-and, in severe cases, surgery.

For even better results: Strong scientific evidence now indicates that several natural therapies-used in conjunction with these treatments-may help slow the progression of PAD and improve a variety of symptoms more effectively than standard treatment alone can.

Important: Before trying any of the following therapies, talk to your doctor to determine which might work best for you, what the most effective dose is for you and what side effects and drug interactions may occur.

Do not take more than one of the following therapies at the same time-this will increase bleeding risk.

Among the most effective natural therapies for PAD...

Ginkgo biloba. A standardized extract from the leaf of the ginkgo biloba tree, which is commonly taken to improve memory, is one of the top-selling herbs in the US. But the strongest scientific evidence for ginkgo biloba may well be in the treatment of PAD.

Scientific evidence: Numerous studies currently show that ginkgo biloba extract can decrease leg pain that occurs with exercise or at rest. The daily doses used in the studies ranged from 80 mg to 320 mg.

Grape seed extract. Grapes, including the fruit, leaves and seeds, have been used medicinally since the time of the ancient Greeks. Grape seed extract is rich in oligomeric proanthocyanidins, antioxidants that integrative practitioners in Europe use to treat varicose veins, chronic leg ulcers and other symptoms of PAD.

Caution: Don't use this supplement if you're allergic to grapes. It should be used with caution if you take a blood thinner.

Hesperidin. This flavonoid is found in unripe citrus fruits, such as oranges, grapefruits, lemons and tangerines.

Scientific evidence: Research now shows that hesperidin may strengthen veins and tiny blood vessels called capillaries, easing the symptoms of venous insufficiency. Hesperidin also has been shown to reduce leg symptoms such as pain, cramps, heaviness and neuropathy (burning, tingling and numbness). Some hesperidin products also contain diosmin (Daflon), a prescription medication that is used to treat venous disease... vitamin C... or the herb butcher's broom-all of which strengthen the effects of hesperidin.

Caution: Many drugs can react with hesperidin. If you take a diabetes medication, antihypertensive, blood thinner, muscle relaxant, antacid or antinausea medication, be sure to use this supplement cautiously and promptly alert your doctor if you experience any new symptoms after starting to use hesperidin.

Horse chestnut seed extract. The seeds, leaves, bark and flowers of this tree, which is native to Europe, have been used for centuries in herbal medicine.

L-carnitine. Also known as acetyl-L-carnitine, this amino acid may improve circulation and help with PAD symptoms.

Recent finding: Taking L-carnitine in addition to the PAD medication cilostazol increased walking distance in people with intermittent claudication up to 46% more than taking cilostazol alone, reported researchers from the University of Colorado School of Medicine in a recent issue of Vascular Medicine.

Inositol nicotinate. This is a form of niacin (vitamin B-3) that is less likely to create the typical "flushing" (redness and heat) that is produced by high doses of niacin.

Several studies show that it is helpful in treating PAD. It is commonly used in the UK to treat intermittent claudication.

Policosanol. This is a natural cholesterol lowering compound made primarily from the wax of cane sugar. Comparative studies show that policosanol treats intermittent claudication as effectively as the prescription blood thinner ticlopidine and more effectively than the cholesterol-lowering statin lovastatin.

You may read or hear that acupuncture, biofeedback, chelation therapy, garlic, omega-3 fatty acids and vitamin E can help with PAD.

However: The effectiveness of these particular therapies is uncertain at this time. For this reason, it is best to forgo these approaches until more scientific evidence becomes available. 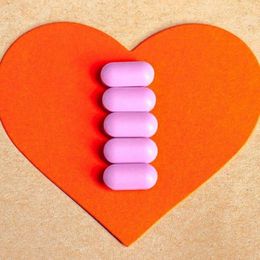 The Big Statin Question-Here's How to Decide Whether You Need One... 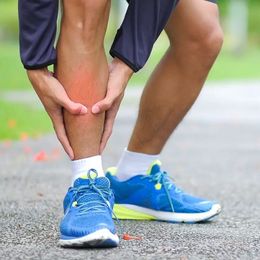