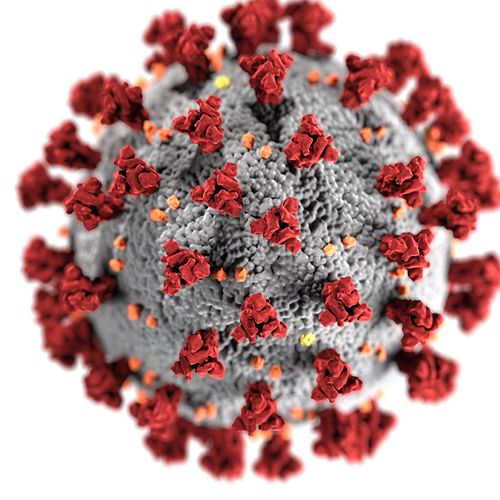 Antibiotics enable millions of people to survive infections that used to be fatal. However, the widespread use of these drugs has increasingly led to antibiotic resistance-some harmful organisms can keep making people sick even when treated with the newest, most powerful antibiotics

We tend to hear a lot about the overuse of antibiotics, but medications used to treat viruses and fungi also can be harmful.

For example, over-the-counter and prescription drugs used to treat yeast infections have the potential to cause side effects ranging from headache to seizures, while antiviral medications can lead to gastrointestinal problems, dizziness and difficulty breathing in those with lung disease. Overuse of prescription drugs to treat viruses or fungi, such as oseltamivir (Tamiflu) and acyclovir (Zovirax), also can lead to resistance to these medications.

Little-known fact: Because the immune system of a healthy adult is quite effective at eliminating many types of bacteria, viruses and fungi, many infections can be successfully treated with natural products that strengthen immunity and fight microorganisms.

Important: Always see a doctor if the affected area is becoming more inflamed...seems to be spreading...is accompanied by a fever...or is not improving.

Conditions that typically improve within 24 to 48 hours when treated with natural antimicrobial agents (unless indicated otherwise, all can be found in health food stores)....

Bronchitis is inflammation of the lining of the bronchial tubes, which carry air to the lungs. Acute bronchitis is usually due to a virus and often develops in conjunction with a cold or some other upper-respiratory tract ailment.

Natural treatment: Add 10 drops of liquid allicin (an active antibacterial and antiviral compound in garlic) to the reservoir of a portable nebulizer (a device that converts liquid into a fine mist that can be inhaled). Breathe the mist until all of the extract is gone. Repeat the treatment once or twice a day until the infection is gone.

*Caution: If you have an allergy to a particular natural substance (such as garlic), do not use a remedy that contains the substance.

Also helpful: Take eight 180-milligram (mg) capsules daily of Allimax, a brand of fresh-garlic supplement that can shorten the duration of the illness

Most sore throats are caused by viruses, such as those that also cause the common cold or flu.

Natural treatment: Perform a yoga exercise known as the Lion Pose to increase blood and lymph circulation at the back of the tongue. This movement promotes the migration of immune cells to the area to help fight the infection.

What to do: Stick out your tongue as far as it will go, and hold it there for three to four seconds. Repeat the movement five or six times daily until your sore throat is gone.

For better results: Add a few drops of bitter orange oil to a mixture of one-quarter teaspoon salt and one-half cup warm water to help kill bacteria, including some organisms that cause strep throat.

Important: Use a "bass voice" when you gargle the mixture (every few waking hours). The lower-pitched gargling sound causes more of the solution to get into the throat.

Infections of the sinus cavities typically cause headache, facial pain or pressure and a loss of smell and taste. Antibiotics can help in some cases, but most sinus infections are caused by organisms, such as viruses or fungi, that aren't killed by antibiotics.

Virtually every woman gets an occasional urinary tract infection (UTI), either in the urethra (the tube that allows urine to leave the body) and/or the bladder. Though relatively rare in men, UTIs become more common in those over age 50-a time when prostate enlargement tends to occur and can lead to an infection when urine fails to drain properly from the bladder. Antibiotics work for both women and men but often lead to yeast infections and other side effects.

Natural treatment: Unsweetened cranberry juice (one eight-ounce glass daily) is widely used to help prevent UTIs, Cranberry contains anthocyanidins, compounds that are thought to help prevent Escherichia coli (E. coli), the cause of most UTIs, from adhering to tissues in the urinary tract.

For better results: Also take an herb called uva ursi (500 mg three to five times daily). If symptoms do not significantly improve within 24 hours, consult a physician before continuing this treatment

Important: Drink a minimum of six glasses of water daily in addition to the juice) until the infection is gone. It dilutes the concentration of bacteria in the bladder...reduces irritation...and helps flush out harmful organisms.

Several studies in children show that most ear infections don't require antibiotics. It's likely that the same is true for adults, particularly for infections affecting the ear canal (swimmer's ear).

Also helpful: A combination supplement that includes echinacea, goldenseal and berberis (such as Source Naturals' Wellness Formula), along with a multisupplement containing bioflavonoids, zinc and vitamins C and A. Follow the dosage instructions on the label.

Important: Patients who get frequent ear infections should try eliminating dairy and bananas from their diet. These foods are believed to lead to the production of thicker-than-normal mucus that inhibits normal ear drainage.

**If you take warfarin (Coumadin), consult your doctor before drinking this amount of cranberry juice the juice may increase the effects of blood-thinning medication.

For a homeopathic remedy to help relieve the pain of shingles, try one of the following remedies (all sold in health food stores). If lesions have appeared on the face, take Apis mellifica. For shingles on the left side of your chest, use Ranunculus bulbosus. If lesions cause burning pain that eases with a warm compress, try Arsenicum album. Whichever remedy you use, take three 30C pellets twice a day for three days, dissolving pellets under your tongue. Do not take within 30 minutes of meals) If there's no improvement or you feel worse, discontinue use. For chronic or recurring shingles, see a homeopath.

Seven Ways to Get Rid of Stiff, Achy Joints And Muscles 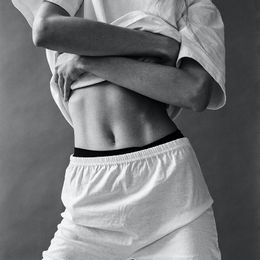