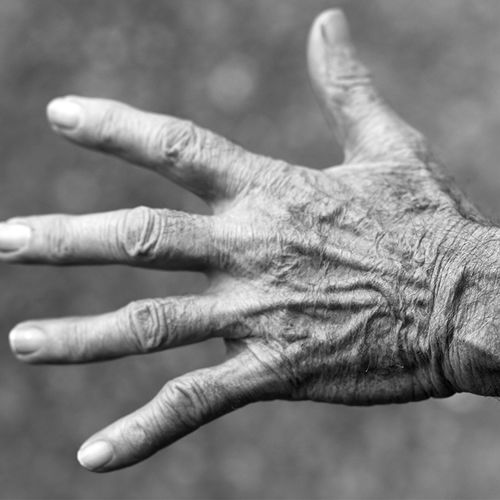 If you have arthritis, you may have shied away from natural medicine in the past because you didn't think that it would relieve your pain.

After all, there is no rigorous scientific evidence to back up these remedies, right?

Now. While it's true that many non-drug approaches for pain relief have been based primarily on their thousands of years of use by Asian, Indian and other traditional cultures, there is now an impressive body of scientific evidence that makes natural medicine a smarter choice than ever before for many arthritis sufferers. These therapies have been studied most often for osteoarthritis but may also relieve pain due to rheumatoid arthritis. Check with your doctor.)

Millions of Americans depend on high-dose pain relievers that cause side effects, including gastrointestinal upset or bleeding, in up to 60% of patients.

What you may not realize is that some natural therapies, which are far less likely to cause side effects, work just as well as the powerful pain-relieving drugs that are so commonly used for arthritis.

Many Americans take glucosamine (a dietary supplement that stimulates production of key components in cartilage) to help fight arthritis. However, arthritis pain symptoms improve only slightly or moderately in some patients-even when they take glucosamine sulfate, the most widely studied form of this supplement. (Research currently indicates that adding chondroitin, a supplement derived from shark or bovine cartilage or produced synthetically, isn't necessarily helpful for arthritis.)

In my practice, I often recommend the following regimen (with or without glucosamine) to relieve arthritis pain-the typical arthritis patient might start with curcumin and fish oil (pain relief should begin within one week to a month). Ginger can be added if more pain relief is needed…*

Scientific evidence: A study published in The Journal of Alternative and Complementary Medicine found that curcumin reduced arthritis pain and improved knee function about as well as ibuprofen (Motrin).

How to use curcumin: To obtain a concentrated dose of the active ingredient, try curcumin supplement capsules with a standardized curcuminoid complex (rather than kitchen turmeric, which would be difficult to consume in therapeutic amounts). Follow the label instructions—typically taking it three times daily during flare-ups. Between arthritis episodes, you can take half this amount to prevent inflammation.

*Consult a doctor before trying these supplements-especially if you have a chronic condition or take medication. To find a physician near you with experience prescribing botanical medicines, consult the American Association of Naturopathic Physicians at www.naturopathic.org.

Caution: Curcumin can inhibit the ability of blood to clot. Use this supplement only under a doctor's supervision, particularly if you're also taking a blood-thinning medication such as warfarin (Coumadin) or aspirin.

Scientific evidence: A study published in Arthritis & Rheumatism discovered that some arthritis patients who took fish oil improved so much that they were able to discontinue their use of conventional painkillers.

How to use fish oil: The amount of omega-3s found in dietary sources is insufficient for pain relief. Use a fish oil supplement-doses range from about 2,000 mg to 6,000 mg daily. Start with the lower dose, then gradually increase it until you notice improvement in pain and stiffness (the rate at which the dose is increased depends on the patient). If you take more than 2,000 mg of fish oil daily, you should be monitored by a physician-this supplement has a blood-thinning effect.

Scientific evidence: A study that looked at 261 patients with knee arthritis discovered that those who took ginger supplements had less pain-and required fewer painkillers--than those taking placebos.

How to use ginger: Ginger spice will not provide enough of the active ingredient, so use a ginger supplement. The standard dose is 250 mg taken four times daily. Talk to your doctor before trying ginger-especially if it's used with a blood-thinning drug, curcumin and/or fish oil. Ginger can increase the risk for bleeding in some patients.

Other Therapies That Help

Scientific evidence: A study involving more than 3,500 patients with chronic hip and/or knee arthritis found that those given acupuncture (in addition to conventional care, including doctor visits and use of painkillers) had fewer symptoms and a better quality of life than those given only conventional treatments.

How acupuncture is used: Virtually all arthritis patients improve by the end of the third session-some after the first session. Most practitioners advise an initial series of 12 to 15 sessions, given once or twice a week, followed by monthly "tune-ups."

Scientific evidence: In a study reported at an American College of Rheumatology meeting, arthritis patients who did meditation for 45 minutes a day, six days a week for six months had an 11% decrease in symptoms, a 46% decrease in erythrocyte sedimentation rate (a measure of inflammation) and a 33% reduction in psychological stress.

How meditation is used: Practice meditation for five to 10 minutes, once or twice a day–even during symptom-free periods.

Helpful: "Tapping meditation," which incorporates elements of acupressure as the patient taps different areas of his/her body. It has been especially helpful for arthritis patients in my practice. Most health practitioners who recommend meditation can teach you how to perform tapping meditation.

Scientific evidence: Researchers recently found that patients with knee osteoarthritis who took a weekly yoga class had improvements in pain and mobility after just eight weeks.

How yoga is used: The yoga that's practiced in many health clubs and yoga studios may be too aggressive for patients who have arthritis. Start with a beginner's class, preferably one that's taught by an instructor who specializes in therapeutic yoga, which is designed to treat specific medical conditions. To find a yoga instructor who specializes in therapeutic yoga, consult the International Association of Yoga Therapists at www.iayt.org 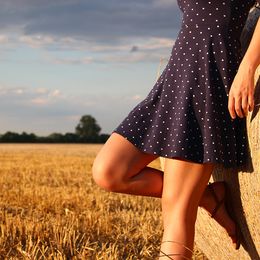 Arthritis? No...Bursitis–Here's Why It Matters

Do You Have Mysterious Pain or Numbness in Your Arms or Legs? 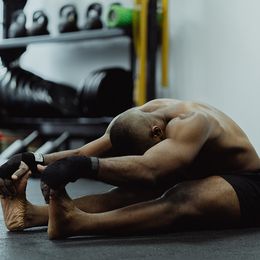