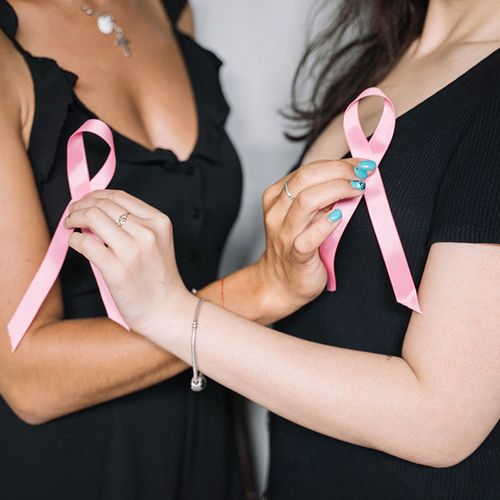 Women who have already been diagnosed with breast cancer should have a magnetic resonance imaging (MRI scan of the other breast in addition to mammography. Doing so may help doctors find a small number of cancer cases missed by mammography, a new study reports.

The study found that MRI scans picked up 3% of cancers missed by mammography alone in women who had already been diagnosed with cancer in one breast.

"The results of this study will lead to changes in practice," said Dr. Etta Pisano, one of the study's authors, and director of the Biomedical Research Imaging Center at the University of North Carolina at Chapel Hill School of Medicine. "While this study does not suggest that MRI supplants mammography, I think what will end up happening is that all women with breast cancer will end up getting MRI” if they've had a normal mammography.

In fact, the American Cancer Society issued new guidelines that recommend an annual MRI screen in addition to an annual mammography for women at high risk for breast cancer.

But, because the false-positive rate of MRIS was relatively high-about 11% in the new study—the authors don't recommend MRI as a screening tool for the general population.

For the new study, Pisano and her colleagues performed MRI scans on 969 women who had recently been diagnosed with breast cancer in one breast. Mammography did not detect abnormalities in the other breast of the women.

One hundred and twenty-one women had positive MRI findings, meaning they had suspected cancer in the other breast. Biopsies were done to confirm the cancer diagnosis.

Of those women, 30 (3%) were found to have cancer in the second breast-cancers that hadn't been detected with mammography.

"The costs of false-positives have to be weighed against the cost of missing a cancer," explained Pisano, adding that for women who've already been diagnosed with breast cancer, the additional knowledge gained from the MRI outweighs the false-positive risk.

"For these women, because they're at such high-risk, everything is worrisome. You really want to know that you're going to give them cancer therapy once, rather than twice," she said.

Robert A. Smith, director of cancer screening for the American Cancer Society (ACS), said the false-positive risk is likely to be acceptable to women with unilateral breast cancer, since they will place a high priority on a thorough evaluation for the presence of other primary lesions."

Debbie Saslow, director of breast and gynecological cancers for the ACS, said that because of the high false-positive rate, she's "doubtful there will come a time when we recommend both mammography and MRI regardless of risk."

For the average-risk woman, she said, mammography is the screening tool of choice. And, Pisano pointed out that mammography can pick up very early cancers that an MRI scan may miss.

The ACS is recommending an MRI in addition to mammography for high-risk women, such as those with a known genetic mutation that increases the risk of breast cancer

In the new guidelines, an annual MRI screen in addition to an annual mammography is recommended for women who…

"So many women are so fearful of breast cancer, but most women aren't at high risk. Since most women aren't in this category, they need to remember that mammography is a really good test," said Saslow. "All women need to get a mammogram every year, starting at age 40."

Infrared Not a Good Alternative to Mammograms

Thermography should not be used as a substitute for mammography. In thermography, special infrared cameras are used to detect and map heat that is produced in different parts of the body. Some cancers show up as "hot spots" because new blood vessels are forming rapidly there.

However: The technique is unreliable. The rate of false-negatives (cancers that go undetected) and false-positives (nonmalignant areas that show up as hot spots and require further testing) is unacceptably high.

Mammography remains the most useful breast-cancer screening test. The American Cancer Society recommends annual mammograms for women over age 40—and earlier or more frequently for women at increased risk.

Women with breast cancer exhale higher levels of alkanes, a byproduct of disease-causing free radicals, than healthy women. An experimental breath test seems to be as effective as a mammogram in ruling out breast cancer but does not expose women to the radiation and discomfort associated with a mammogram.

A newly developed lump in the breast is the A most common sign of breast cancer, but other red flags include... 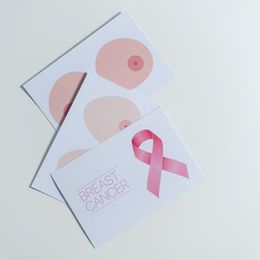 What to Do If Your Mammogram Is Abnormal 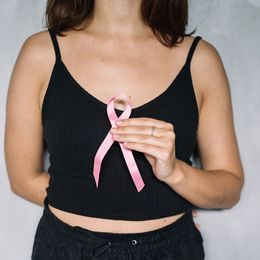