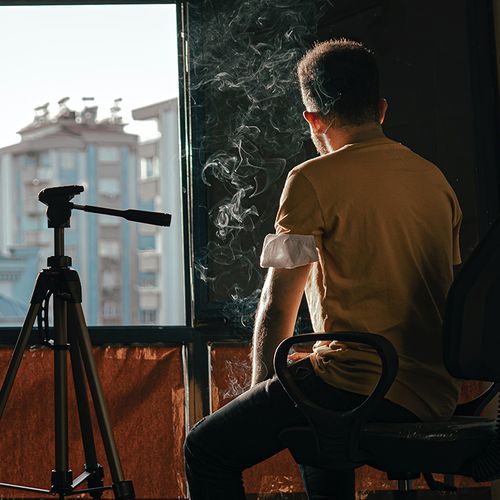 The news that Dana Reeve, the widow of actor Christopher Reeve, has lung cancer proves the disease can strike anyone. She is only 44 years old, and never smoked.

Although approximately 85% to 90% of lung cancer cases occur in smokers, 20,000 to 25,000 people who never smoked will be diagnosed with lung cancer in the US this year, according to Dr. Ruth Oratz, an associate professor of clinical medicine at New York University School of Medicine and an advisor to the American Lung Association.

"What we've been seeing in the last 10 to 15 years is a gradual change in the standard lung cancer patient," says Dr. Steven Herman, a lung cancer specialist who is chief of minimally invasive thoracic surgery at Long Island College Hospital in New York City.

"Lung cancer is increasing in incidence in women smokers and nonsmokers," Oratz says. And, more troubling, she adds, "We don't know why that's happening in nonsmokers."

Traditionally, lung cancer was considered a male disease-approximately 75% to 80% of lung cancer patients were men and the lung cancers were predominantly the squamous cell subtype, the form more closely associated with smoking, Herman explains.

However, in the last decade or so, the predominant cell type has become adenomacarcinoma, which is less related to smoking.

"Clearly, adenomacarcinomas are much more likely to occur in smokers, but a much larger percentage of people who have adenomacarcinoma may not be smokers," Herman says. Because adenocarcinoma is increasing in frequency compared with squamous, there are going to be more nonsmokers who have the disease.

Women have a slightly higher propensity to get this type of lung cancer. And, adenomacarcinoma also tends to strike at an earlier age because it is not so dependent on the cumulative damage of years of smoking, he adds. And, the younger the patient, the more aggressive the tumor seems to be

"If lung cancer is discovered at a younger age, it seems to be a more aggressive type of cancer," says Dr. Paul Kvale, president of the American College of Chest Physicians and a pulmonologist at Henry Ford Hospital located in Detroit.

In addition to risk factors that you cannot control, there are some that you can. Passive smoking is a big risk factor. "We think secondhand smoke is a very important risk factor, particularly if you live in a household where others smoke," Kvale says.

"Women who live with a partner who smokes or who work in a workplace that is smoky are at a major increased risk," Oratz says. And, "for some reason that is not well understood, women are at a higher risk than men for lung cancer given the same exposure."

Exposure to asbestos is another risk factor for lung cancer, as is exposure to radon, a substance produced by the natural decay of uranium in the soil.

Genetics also play a small role in the development of lung cancer. "There's not a strong genetic linkage, but if you come from a family where other family members have lung cancer, you will have a slightly increased risk," Oratz says.

"When you couple several of those things, for example, secondhand-smoke exposure and family history, then you've really got several things that are increasing your own risk," she says.

And these are only the factors scientists know about. "Undoubtedly there are other issues that we haven't yet discovered," Kvale says.

Of 1,500 former or current smokers, one in three tested positive for lung abnormalities when screened for lung cancer using low-dose spiral computed tomography (LDCT), according to a National Cancer Institute study.

In the study, 522 people tested positive for lung abnormalities. Of those, 12% had lung biopsies and 7% were diagnosed with lung cancer within a year of their first positive screening results.

LDCT, a more advanced form of computed tomography, is now being evaluated as a more effective alternative to chest radiographs for lung cancer screening. While it can identify smaller lesions better than an X ray, no studies have yet shown that it can help reduce lung cancer death rates. 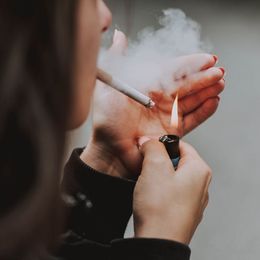 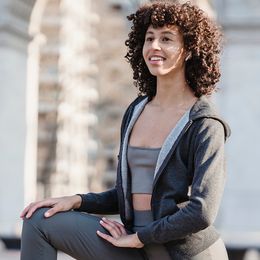