Drinking two cups of milk a day gives toddlers adequate amounts of vitamin D without lowering their iron levels, according to recent research.

Vitamin D and iron are crucial nutrients, especially for toddlers' growing brains and bodies. In this study, researchers confirmed that there's a tradeoff between the two when consumption of cow's milk exceeds two cups a day.

"We found that...around two cups a day is appropriate. For the average child, any more milk than that seems to reduce iron stores," explained study author Jonathon Maguire, MD, a pediatrician and scientist at St. Michael's Hospital in Toronto.

Before this study, which was published online in the journal Pediatrics, milk recommendations haven't always been clear, Dr. Maguire explained.

Vitamin D helps the body absorb calcium, which is necessary to develop strong bones. Vitamin D also may help prevent autoimmune, respiratory and cardiovascular diseases, according to background information in the study. Vitamin D is found mostly in fortified foods, such as milk. The body also produces vitamin D after sunlight exposure.

Iron is needed for brain development. A shortage of iron, even if it's not severe enough to be diagnosed as anemia, can impair development of physical and mental skills, according to the study.

To see if they could come up with a recommendation that would take into account both vitamin D and iron, Dr. Maguire and his colleagues recruited more than 1,300 toddlers between two and five years old. Parents reported how much milk the youngsters usually consumed. The children's vitamin D and iron levels were measured through a blood test.

The study's authors suggested that for these children, wintertime supplementation with vitamin D might be necessary.

The researchers also found that drinking from a bottle didn't raise vitamin D levels, but it did result in lower iron levels. This supported some previous studies that suggested children using a bottle are at increased risk of iron deficiency.

In most cases, Dr. Maguire said it's likely that the low iron resulted from the kids drinking so much milk that they were too full to have other foods that contain sufficient iron.

"Milk is a very good source of nutrition, but only up to a point," he said. "Too much of a good thing may not be a good thing."

Emilia Baczek, a pediatric nutritionist at La Rabida Children's Hospital in Chicago, said that although vitamin D doesn't affect iron levels, calcium-which is also found in abundance in milk-can interfere with the body's absorption of iron.

Baczek said she agrees with the recommendation to get two cups of milk daily. "It's enough to promote adequate vitamin D with minimal decreases in (iron]," she said.

Baczek said for those who need vitamin D supplements, the daily recommended amount for kids older than one year is 600 international units a day.

More information: Learn more about toddler nutrition from the American Academy of Pediatrics Web site www.healthychildren.org (click on "Ages and Stages," then "Toddler," then "Nutrition"). 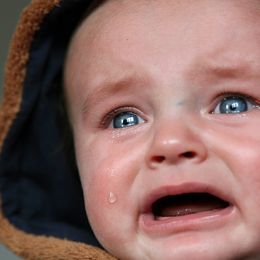 The “Kiss” That Unblocks Noses 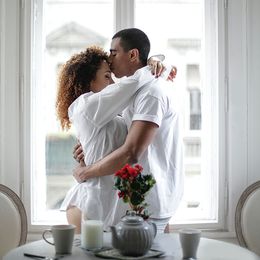