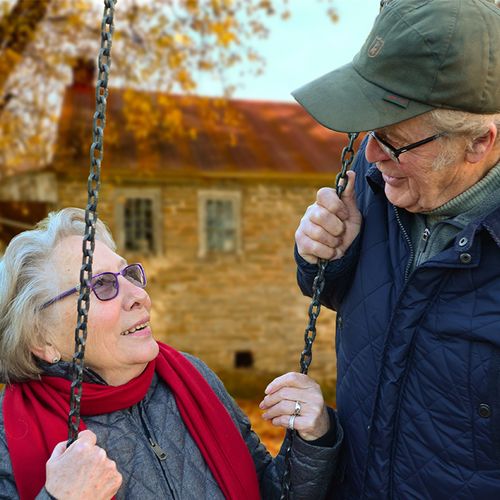 Is It Really Alzheimer's?

Alzheimer's disease is a devastating condition for which there is no effective treatment.

What you may not know: Certain people who think they have Alzheimer's actually may have a condition that is treatable. Unless the misdiagnosis is identified, these people will not only be given ineffective and potentially dangerous treatment, but their real problem also will go untreated. Conditions that can mimic Alzheimer's…

Cognitive impairments due to depression are known as pseudodementia. Because of a depression-induced lack of attention, which makes it difficult to form and process effective memories, patients may forget appointments or have difficulty remembering names. They also may have trouble concentrating, learning new things and even recognizing faces. This type of dementia, unlike Alzheimer's, is potentially reversible.

Distinguishing signs: Sleep disturbances are more likely to occur with depression than with early-stage Alzheimer's disease. For example, depressed patients may have early morning awakenings or experience difficulty falling asleep at night (typically marked by tossing and turning in bed). They can also have unexplained tearfulness as well as a lack of interest in things that they used to enjoy, a condition called anhedonia.

Treatment: If depression is the culprit, consider talk therapy or an antidepressant, such as citalopram (Celexa) or sertraline (Zoloft). An antidepressant can usually treat the forgetfulness associated with depression, but it may take several weeks to determine whether a particular drug/dose is going to work. You might also ask your doctor about Saint John's wort and other over-the-counter (OTC) natural remedies.

Thyroid hormone is essential for the growth and maintenance of brain tissue. Patients with low levels of this hormone, a condition known as hypothyroidism, have trouble thinking clearly and can become forgetful or depressed.

Distinguishing signs: A person is diagnosed with hypothyroidism when a blood test shows that his/her thyroid stimulating hormone (TSH) level is above 55 milli-units per liter (mU/L). In addition to memory problems, hypothyroidism also may cause constipation, sudden weight gain and/or dry skin and brittle hair.

Certain prescription and OTC drugs (most commonly, allergy and sleep medicines containing diphenhydramine) can impair memory These medicines are what doctors call anticholinergic--that is, they decrease the function of the neurotransmitter acetylcholine, which allows brain cells to transfer information and communicate with each other. Multiple drugs may also interact in a way that causes such symptoms.

Distinguishing signs: Memory or behavior changes begin days or weeks after a new medication is started or the drug dose is changed.

Treatment: Avoid OTC medicines that affect memory. In cases such as urinary incontinence or Parkinson's disease, where your doctor needs to prescribe a prescription anticholinergic, ask to start on a low dose to minimize this side effect. Review all medications with your doctor to avoid harmful interactions.

It's estimated that up to 200,000 older adults in the US have excessive accumulation of fluid on the brain, a condition known as normal pressure hydrocephalus (NPH). The fluid presses on the brain and can cause memory loss and other symptoms that may mimic Alzheimer's.

Distinguishing signs: Most patients with NPH have three main symptoms--an unsteady gait in the early stages)...followed by urinary incontinence...and cognitive impairments in later stages). With Alzheimer's, the order is reversed-memory loss and/or other cognitive problems occur first, followed in later stages of the disease by problems with bladder control and gait.

Treatment: NPH can potentially be corrected by inserting a shunt, a tube in the brain that drains excess fluid. However, the surgical procedure is not recommended until after the diagnosis is confirmed by an MRI of the brain and a trial removal of a small amount of fluid through a lumbar tap results in improved memory and/or gait.

Distinguishing signs: Besides having trouble walking, patients with a B-12 deficiency may suffer from pins-and-needles sensations, even from a light touch.

Treatment: Severe deficiencies are treated with injections of vitamin B-12. Oral vitamin B-12 can be given to people who are able to absorb sufficient amounts. In some people, age-related changes to the digestive system prevent proper absorption of this vitamin.) Gait and/or memory may improve as early as a month or two after treatment begins.

Treatment: Severely low thiamine is an emergency in the acute phase. Patients who receive an intravenous thiamine infusion in time, and maintain adequate thiamine levels afterward, may recover and regain their physical/mental abilities, However, those who continue to have low thiamine (often because of chronic alcohol consumption) may suffer permanent cognitive damage.

When a person has a series of mini (warning) strokes, it can lead to a type of vascular dementia known as multi-infarct dementia, which can be mistaken for Alzheimer's.

Multi-infarct dementia occurs when damaged blood vessels in the brain slow (but don't completely stop) normal circulation. Reductions in blood and the oxygen it carries can damage brain cells and impair memory and other cognitive abilities-but usually without the motor deficits that accompany a stroke, such as weakness of a limb or slow and/or garbled speech.

Distinguishing signs: Multi-infarct dementia can cause rapid changes in mental functions, sometimes within a few weeks to a month. With Alzheimer's disease, these changes typically occur slowly but steadily over several years.

Treatment: Multi-infarct dementia usually can be diagnosed with a CT or MRI scan showing characteristic changes in the brain. Unfortunately, existing brain damage can't be reversed, although future damage may be avoided. The goal of treatment is to prevent additional vascular damage and cognitive declines by treating the underlying risk factors, such as high blood pressure. 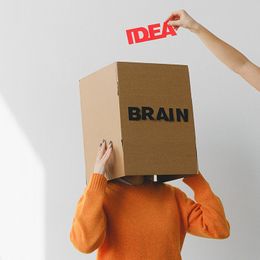 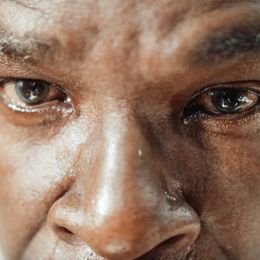