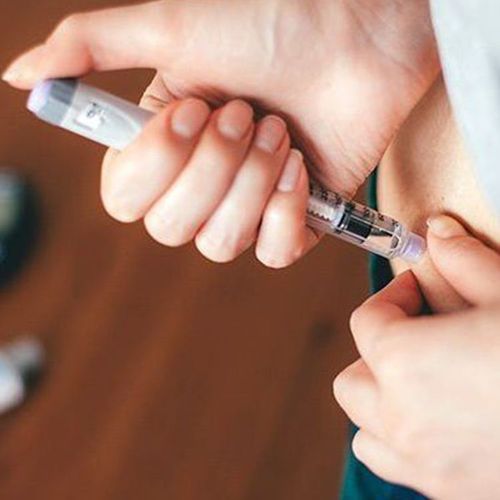 People who have type 2 diabetes and P require long-term insulin therapy may be at greater risk of colon cancer, a small study suggests.

The American Cancer Society (ACS) reports that people who have diabetes have a 30% to 40% increased chance of developing colon cancer and tend to have a higher death rate after being diagnosed. But this study is the first to specifically examine whether taking insulin promotes cancer of the colon or rectum among people who have type 2 diabetes.

"Basically, this study showed that type 2 diabetes patients who had received chronic insulin have a significantly higher risk of having colorectal cancer compared to type 2 patients who had not received insulin," says Dr. Yu-Xiao Yang, lead author and an instructor of medicine in the division of gastroenterology at the University of Pennsylvania School of Medicine.

The longer patients received insulin, the greater their risk of colon cancer. People who received at least three years of insulin therapy had three times the risk of developing that cancer compared with patients who received no insulin. The risk for people on more than five years of insulin therapy was four times higher than the no-insulin group, Yang says. "There seems to be a duration-response effect," he concludes.

Dr. Eugene Barrett, professor of medicine at the University of Virginia and immediate past president of the American Diabetes Association, says the study offers no conclusive evidence of a link between insulin dependence and colon cancer. He points out that the study results for people who had been on insulin for more than five years is based on just four patients. "So this is a very small study that's going to be highly influenced by statistical fluctuation," he cautions.

Additional studies are needed to confirm the findings, Yang acknowledges. "If this association is confirmed, I think it has huge public health implications," he says.

Seeking to explain the effect insulin has on colon cancer, Yang and colleagues studied a group of 24,918 type 2 diabetics in a United Kingdom database. The analysis included people who had at least three years of follow-up data after their initial diagnosis. The authors excluded colon cancer cases diagnosed within the first year of insulin therapy.

The authors had no access to patients' insulin use prior to the three-year study period.

The authors cannot say whether the increased risk of colon cancer seen among patients on long-term insulin therapy is the result of the insulin, the severity of their illness or both. Yang suspects the insulin itself is stimulating cancer-cell growth.

This study should not change how physicians treat diabetes patients, Barrett says.

Yang agrees. "Patients shouldn't be alarmed by the cancer finding," he says. "They should not change their insulin regimen."

Both agree that doctors should at least be following existing guidelines for identifying potential cancers of the colon or rectum. Yang advises people who have type 2 diabetes to ask their physician about current screening recommendations.

A new study from the ACS showed that colon cancer screening is still widely underused in the United States, with just 58% of men and 51% of women reporting that they ever had either a sigmoidoscopy or colonoscopy.

Colon cancer is the third leading cause of cancer-related deaths in the United States, according to the ACS. An estimated 146,940 new cases will be diagnosed this year, and 56,730 people will die from it, the ACS says.

Critically ill patients are more likely to survive when their blood glucose levels are controlled, according to a study.

Researchers found intensive insulin therapy to control glucose levels reduced death rates by 42%, even in patients who did not have diabetes.

Theory: Optimally controlled glucose levels have beneficial effects on the immune system, which helps protect the body's organs and tissues.

If someone you love is critically ill: Talk to his/her doctor about intensive insulin therapy. 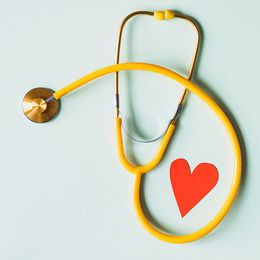 Three Risky Diabetes Drugs May Be Safe for Heart Patients 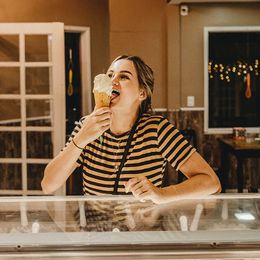