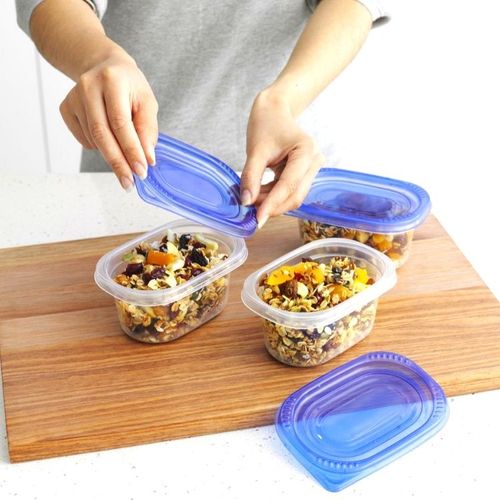 How to Keep the Toxic Chemical BPA Out of Your Food

BPA (bisphenol-A) is used in many plastic food and beverage containers, particularly those made of hard, clear polycarbonate plastic. BPA is also an additive in polyvinyl chloride (PVC) plastic, which is used in some plastic food wraps.

Surprising news: BPA is in the epoxy resins found in the lining of almost all cans used by the food industry (including baby formula cans!). In fact, canned food is the primary food source of BPA for adults.

The problem: BPA molecules that escape their chemical bonds can migrate into the foods and beverages they contact, especially if the container is heated or the food inside is acidic. We then ingest the BPA-thereby increasing our risk for numerous health problems. There's even BPA on the coated paper from cash registers-the toxin gets into our bodies when we touch the paper and then handle the food we're about to eat. BPA can also be absorbed through the skin.

Frederick S. vom Saal, PhD, curators' professor of biological sciences at the University of Missouri and a leading BPA researcher, explained that this chemical has estrogen-like effects on the body. It acts as an endocrine disruptor, interrupting our hormonal patterns -and actually reprogramming our genes. Roughly 1,000 published, peer-reviewed studies have linked BPA to negative health consequences. These include...

• Obesity and greater accumulation of fat in cells.

Unborn babies, infants and children are especially susceptible to BPA's harmful effects because they are still growing. Exposure before birth and/or during childhood has been linked to...

• Behavioral problems, such as hyperactivity.

• Increased risk for cancer in adulthood.

How much is too much? The EPA estimates that exposure of up to 50 micrograms (mcg) of BPA per kilogram (kg) of body weight per day is safe. However, recent studies suggest that even a tiny fraction of this amount-as little as 0.025 mcg/kg per day-may be dangerous.

Dr. vom Saal said, "No matter what you might hear from the plastics industry, which is trying to convince consumers that BPA is safe, hundreds of published papers show that BPA is a toxin with no safe levels."

Scary: When the CDC studied urine samples of more than 2,500 Americans age six and older, 93% of those tested had BPA in their urine.

Here are Dr. vom Saal's suggestions for minimizing your exposure to BPA...

Avoid canned foods as much as possible.

Note: It does not help to store cans in the refrigerator or to use canned goods soon after you buy them. The harm is already done even before the cans reach the market because high heat must be used to sterilize the food during canning.

Best: Opt for foods that are fresh or frozen or that come in glass bottles or jars or in foil pouches.

•Never give canned liquid formula to an infant. Powdered is much safer.

•When microwaving, never let plastic wrap come in contact with your food. If a product has a plastic film covering that is supposed to be left in place during microwave cooking, remove the film and replace it with a glass or ceramic cover instead.

•Transfer prepackaged food to a glass or ceramic container before cooking, even if the instructions say to microwave the product in the plastic pouch it comes in.

•Check the triangle-enclosed recycling numeral on plastic items that come in contact with foods or beverages-storage containers, water pitchers, baby bottles, sippy cups, utensils and tableware. The numeral "7" indicates a plastic that may or may not contain BPA. To be safe, Dr. vom Saal said, "If you see a numeral '7' and it doesn't say BPA-free, assume there is BPA." The letters "PC" stamped near the recycling number are another indication that the plastic contains BPA.

•Recheck what's in your cupboards. Those new travel mugs? They might be made from number-seven plastic.

•Plastics labeled number two or five, which also are often used for food containers, do not have BPA. But they may contain other potentially harmful chemicals that can leach out, especially when heat breaks down the molecular bonds of plastic. To be safe, wash all plastic kitchenware in cold to room temperature water with a mild cleanser, not in the dishwasher. Never microwave plastic containers-not even those labeled microwave safe, such as frozen entree trays. Instead use a glass or ceramic container. Before putting hot soup or gravy into plastic containers to freeze, first allow it to cool. Throw out any plastic kitchenware that is scratched, chipped or discolored-damaged plastic is most likely to leach chemicals.

•Do not assume that plastics with no triangle-enclosed numeral are safe. Dr. vom Saal cautioned, "Manufacturers know that consumers are looking for BPA, so they're taking identifying numbers off their products and packaging." Don't fall prey to such tricks. 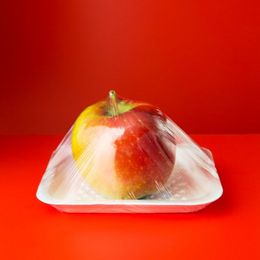 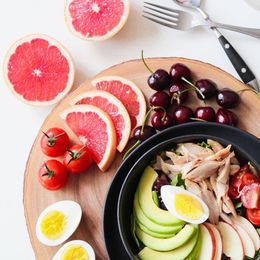