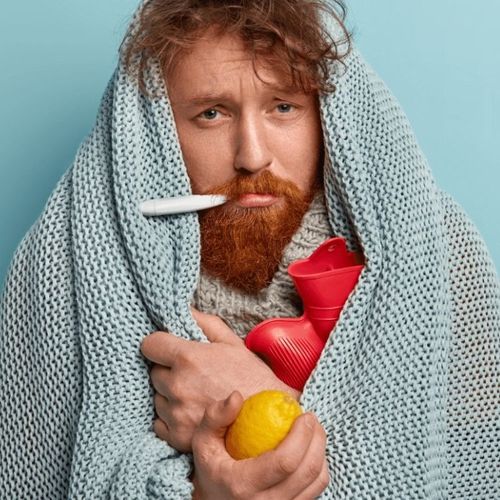 How Not to Worry Yourself Sick

Being offered a regular flu shot doesn't seem to reassure my patients. Bird flu is what worries them.

Bird flu is indeed a threat-it has shown itself to be a ruthless killer of birds, and it has prompted humans to slaughter millions of birds that could be infected. But for people, the risk so far is close to zero for anyone except bird handlers in Southeast Asia. The virus has not killed many people worldwide, and it will nor spread widely among humans unless there are several more mutations of its genetic material.

Most of my patients understand all this. What scares them is the possibility of a pandemic. It's remote, but it's real-the hardest kind of risk to put in perspective. Yet focusing on a worst-case scenario can have grave consequences. Worst case news reports, including comparisons to the terrifying flu pandemic of 1918, have scared my patients out of all proportion. The odds remain overwhelmingly on their side-in 1918 there were no vaccines for flu, no antiviral drugs, no antibiotics or steroids to treat flu patients who had pneumonia or asthma and no worldwide public-health network.

The current fear is reminiscent of the way many people blew out of proportion the risk for contracting anthrax, West Nile virus, SARS and mad cow disease.

I warn my patients that too much worry can lead to overeating, cigarette smoking and drinking too much alcohol. It also can increase levels of circulating stress hormones in the blood, which places more demand on the heart and appears to contribute to heart disease and stroke. But these very real diseases seem abstract when compared to the scary-looking chickens we regularly see on TV.

Our own brains make us easy prey to such distortions. Elizabeth Phelps, PhD, a psychologist and neuroscientist at New York University in New York City, has examined how the brain responds to envisioned threats. Using magnetic resonance imaging(MRI) scans, she discovered that the brain's fear center, known as the amygdala, can be activated in response to dangers that a person merely observes. "When you are watching it and you are told that it is going to happen to you, it causes the same robust response by the amygdala as if you actually experience it yourself," Dr. Phelps explains. She has also studied the safety signals that our brains use to turn off fear, and it seems that the brain's wiring heavily favors the "on" switch. In other words, it's easier to become frightened than to have that fear turned off.

Fear is meant to warn us against looming peril, not to provoke a generalized response to sensational videos of foreign lands. But since our fear radar doesn't discriminate, we release stress hormones unnecessarily, readying for a crisis that doesn't come. Heart rates and blood pressure increase, and we breathe harder. Like a car that revs constantly at high speed, we are more likely to break down.

Because the amygdala also processes positive emotions, I tell my patients to try to replace nervous negativity as much as possible with laughter adventure and, above all, courage. I also recommend replacing obsessive voyeurism with more healthful regular routines, such as exercise, family meals and seven to eight hours of sleep each night. Worry also feeds on excessive exposure to news. Try to limit the amount of time you spend watching the news on TV.

Unfortunately, my treatments for unnecessary fear are not entirely successful. people continue to worry and obsess about things that don't directly threaten them. What bothers me most is that I see my patients being harmed by this, and there's not enough I can do to stop it. 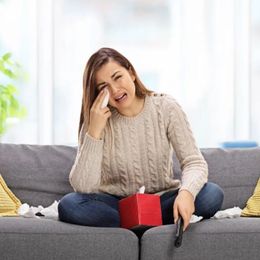 Up to 85% Feel Better After a Good Cry

Irritable Male Syndrome: What It Is and How to Control It 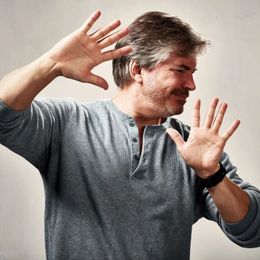