The chemotherapy used to treat a form of adult leukemia sets a trap that can result in the return of the disease within years, a recent study suggests.

The finding confirms the suspicions of specialists who thought chemotherapy drugs could disrupt DNA through mutations and ultimately allow tumor cells to avoid the effects of the medications.

The Price Of Chemo Drugs

"Chemotherapy drugs are absolutely necessary to get leukemia patients into remission, but we also pay a price in terms of DNA damage," study coauthor Timothy Ley, MD, a professor of oncology at Washington University School of Medicine in St. Louis, said in a university news release.

These drugs "may contribute to disease progression and relapse in many different cancers, which is why our long-term goal is to find targeted therapies based on the mutations specific to a patient's cancer, rather than use drugs that further damage DNA," Dr. Ley added.

The researchers came to their conclusions after studying the genomes-the entire DNA, both healthy and cancerous cells-from eight patients with acute myeloid leukemia. They watched to see what happened after the patients received chemotherapy.

The investigators found that tumors essentially reappeared, according to the report published in the journal Nature.

"It's the same tumor coming back but with a twist," coauthor Richard Wilson, PhD, director of the university's Genome Institute, explained in the news release. It "comes back with new mutations that give the cells new strategies for surviving attack by whatever drugs are thrown at them. This makes a lot of sense but it's been hard to prove without whole-genome sequencing."

For The Future: Targeted Therapies

Commenting on the report, Louis DeGennaro, PhD, executive vice president and chief mission officer of the Leukemia & Lymphoma Society, said the study demonstrates the critical need to identify disease-causing mutations in acute myeloid leukemia so that therapies targeted specifically at these mutations can be developed."

Ultimately, he added, "that would allow us to avoid the use of chemotherapy, which may contribute to cancer relapse."

For now, Dr. DeGennaro said, "while current chemotherapy regimens have liabilities, they represent the best treatment currently available and may result in complete remission, which would allow eligible patients to receive a stem cell transplant, the only treatment capable of curing acute myeloid leukemia." 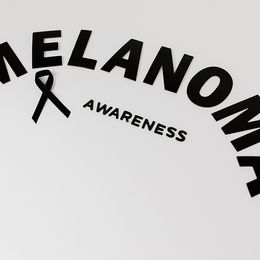