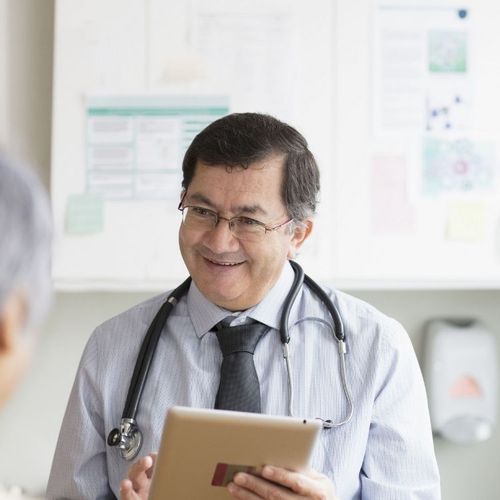 You might think that a diabetes researcher would never develop the disease that he's dedicated his life to studying. But I can't count on it.

My family's story: My father was diagnosed with diabetes at age 72 and was promptly placed on three medications to control his insulin levels.

What my father did next made all the difference: Even though he began taking diabetes medication, he simultaneously went into action-walking an hour a day and going on the diet described below. A year and a half later, he no longer needed the prescriptions. He still diabetes, but diabetes and exercise kept it under control.

As a diabetes researcher and physician whose own diabetes risk is increased by his family history, I've got a lot at stake in finding the absolute best ways to avoid and fight this disease.

Here are the steps I take to prevent diabetes-all of which can benefit you whether you want to avoid this disease or have already been diagnosed with it and are trying to control or even reverse it...

Step 1: Follow a rural Asian diet (RAD). This diet includes the most healthful foods of a traditional Asian diet-it consists of 70% complex carbohydrates... 15% fat... 15% protein... and 15 g of fiber for every 1,000 calories. Don't worry too much about all these numbers-the diet is actually pretty simple to follow once you get the hang of it.

You might be surprised by "70% complex carbohydrates," since most doctors recommend lower daily intakes of carbohydrates. The difference is, I'm recommending high amounts of complex, unrefined (not processed) carbohydrates. This type of carb is highly desirable because it's found in foods-such as whole grains, legumes, vegetables and fruits-that are chock-full of fiber. If your goal is to reduce diabetes risk, fiber is the holy grail.

Why I do it: The RAD diet has been proven in research to promote weight loss.. .improve insulin sensitivity (a key factor in the development and treatment of diabetes) and glucose control... and decrease total cholesterol and LDL "bad" cholesterol levels.

To keep it simple, I advise patients to follow a 2-1-1 formula when creating meals-two portions of nonstarchy veggies (such as spinach, carrots or asparagus)... one portion of whole grains (such as brown rice or quinoa), legumes (such as lentils or chickpeas) or starchy veggies (such as sweet potatoes or winter squash)... and one portion of protein (such as salmon, lean beef, tofu or eggs). Have a piece of fruit (such as an apple or a pear) on the side. Portion size is also important. Portions fill a nine-inch-diameter plate, which is smaller than a typical 12-inch American dinner plate.

Helpful: I take my time when eating-I chew each bite at least 10 times before swallowing. Eating too quickly can cause glucose levels to peak higher than usual after a meal.

Step 2: Fill up on dark green vegetables. I include dark, leafy greens in my diet every day. These leafy greens are one of the two portions of nonstarchy veggies in the 2-1-1 formula.

Why I do it: Dark green vegetables contain antioxidants and compounds that help your body fight insulin resistance (a main driver of diabetes).

My secret "power veggie": A Chinese vegetable called bitter melon. It is a good source of fiber and has been shown to lower blood sugar. True to its name, bitter melon tastes a little bitter but its delicious when used in soups and stir-fries. It is available at Asian groceries. Eat bitter melon as one of the two portions of nonstarchy veggies in the 2-1-1 formula.

Step 3: Adopt an every-other-day work out routine. I try to not be sedentary and to walk as much as I can (by using a pedometer, I can tell whether I've reached my daily goal of 10,000 steps).

While this daily practice helps, it's not enough to significantly affect my diabetes risk. For that, I have an every-other-day workout routine that consists of 30 minutes of jogging on the treadmill (fast enough so that I'm breathing hard but can still carry on a conversation)...followed by 30 minutes of strength training (using handheld weights, resistance bands or weight machines).

Why I do it: Working out temporarily reduces your insulin resistance and activates enzymes and proteins that help your muscles use glucose instead of allowing the body to accumulate fat-a beneficial effect that lasts for 48 hours (the reason for my every-other day routine). Strength training is crucial-your muscles are what really kick your body's glucose-burning into high gear. A weekly game of tennis helps shake up my routine.

Step 4: Keep the temperature chilly. At the courts where I play tennis, the temperature is naturally cool, but I wear a very thin T-shirt that leaves my neck exposed. This helps activate the "brown fat" in my body. Most people have this special type of body fat-mainly around the neck, collarbone and shoulders.

Why I do it: Brown fat burns calories at high rates when triggered by the cold. To help burn brown fat, exercise in temperatures of 64°F or lower... set your home's thermostat in the mid-60s... and dress as lightly as possible in cool weather. Walking for 50 to 60 minutes a day in cool weather also helps.

Step 5: Get the "sleep cure." I make a point to sleep at least six hours a night during the week and seven hours nightly on weekends.

Why I do it: Lack of sleep has been proven to dramatically harm the body's ability to properly metabolize glucose-a problem that sets the stage for diabetes. Research shows that seven to eight hours a night are ideal. However, because of my work schedule, I'm not always able to get that much sleep on weekdays. That's why I sleep a bit longer on weekends. 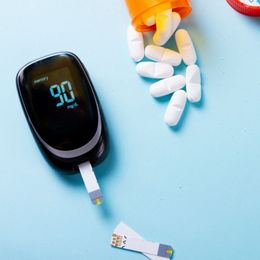 The Dangers of Diabetes 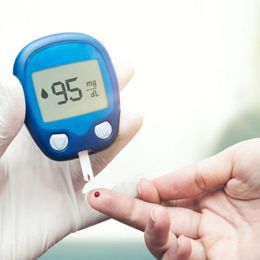