If you think that changes in the weather bring on migraines, it might not be all in your head. Harvard researchers report in a new study that people are more likely to visit emergency rooms with severe pain from migraines if the outside temperature is above normal.

Barometric pressure has an effect, too, although it is not as significant, say the researchers.

The findings do not definitively prove that the weather causes migraines. Nor are they "a reason to stay indoors or move to a different part of the country," said study author Kenneth J. Mukamal, MD, an internist at Beth Israel Deaconess Medical Center in Boston.

"But this does tell us that when we identify migraine triggers, we need to keep temperature in mind," he said.

An estimated 28 million Americans suffer from migraine headaches, perhaps as many as 17% of women and 6% of men. The headaches can disable sufferers, forcing some to flee to quiet, darkened rooms for relief.

Treatments include painkillers, biofeedback and a newer class of drugs called triptans.

Many people report "triggers that cause their migraines, including red wine, chocolate, menstrual cycles and lack of sleep. Others blame changes in the weather. Previous studies on possible environmental causes of migraine have suggested they're on to something.

In the new study, researchers examined the records of 7,054 emergency room patients who were treated for migraines at Beth Israel Deaconess Medical Center between 2000 and 2007.

The researchers tried to find links between the number of headache cases and levels of temperature, barometric pressure and humidity. They also looked at air pollution levels.

The study was published in Neurology.

The researchers found that the number of emergency visits for headaches would rise by an average of 75% within 24 hours if the temperature rose by 9 degrees Fahrenheit above the expected temperature.

In a hypothetical example, the hospital would expect to see 7.5% more headache patients 24 hours after the temperature was 90 degrees instead of a typical 81 degrees.

High temperatures alone, such as those in the summer, were not as much of a trigger. The most influential factor was whether a particular day was hotter than expected.

"Warmer days were associated with higher risk, even in the winter," Dr. Mukamal said.

The researchers also found that drops in barometric pressure made headache visits more likely 48 to 72 hours later. Pollution did not seem to have an effect on headaches.

Why might the weather affect migraines? Barometric pressure could affect the layer of fluid that protects the brain inside the skull, said Richard Lipton, MD, director of the Montefiore Headache Center at Montefiore Medical Center in New York City. But the effect of temperature, he said, is mystifying.

"If someone knows that they're vulnerable to changes in temperature, what they might do is be cautious about the things they can control, he said, "If you know the temperature is change ing, that might be a good day to make sure you get your regular amount of sleep, avoid red wine, chocolate and the other triggers."

Choosing the Best Type Of Yoga for You 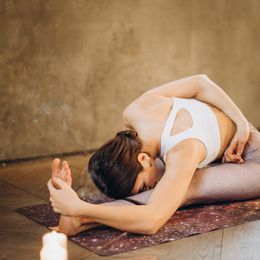