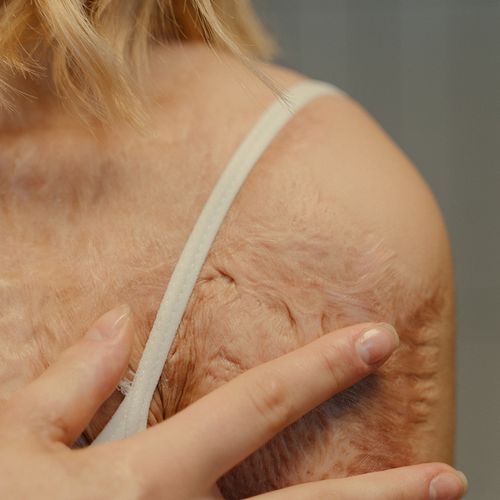 If you spotted a mole on your leg that had changed colors or grown larger or asymmetrical, chances are that you would do the right thing and make an appointment to see your doctor. But melanoma, the deadliest of all skin cancers, often doesn't follow the rules and can develop in an unexpected place, such as the sole of your foot, under a fingernail or even in your eye.

The hidden threat: Even though we don't hear much about it, up to 30% of melanomas have an almost normal appearance or develop in areas where most people-including many doctors-don't think to look.

All adults should see a dermatologist at least once a year for a skin exam...or promptly if you notice a change in your skin, including any of those described in the adjacent article. A thorough skin exam from a dermatologist-of every inch of your skin including areas of the body that do not receive sun exposure-is one of the best defenses against melanoma. You might also be checked with a device called MelaFind, which takes digital pictures of abnormal areas and analyzes them for signs of cancer. It can help your doctor decide if a biopsy is needed.

The first step of a skin exam is to take off all your clothes (and jewelry) and slip into a gown that's open at the front. See graphic for important areas that are sometimes missed…

To protect yourself further: Examine every inch of your skin once a month. Don't forget to use a hand mirror to check your buttocks, between the buttocks and the backs of both legs. While sitting, use the mirror to also check the area around (and under) the genitals.

Good news: The overwhelming majority of patients will survive if the melanoma is detected early. Where to look and what to look for…

A Lump Or Unusual Patch

About 15% of all melanomas diagnosed in the US are due to so-called nodular melanomas. They can occur anywhere on the body, and they don't necessarily arise from preexisting moles. These melanomas are particularly dangerous because they grow into the skin more rapidly than they expand in width. That's why most people don't notice them until they've already spread.

What to look for: Nodular melanomas can appear as a lump (usually black, red or skin-colored) that may be firm and dome-shaped or as a dark- or light-colored patch of skin that does not quite resemble the surrounding area.

Self-defense: When you examine your skin, make note of any unusual lump...or area that doesn't resemble the surrounding skin, and see a dermatologist promptly.

About 5% of all melanomas—and the most common form in Asians and people with dark skin-appear under a fingernail or toenail or on the palms of the hands or the soles of the feet. They also can occur in mucous membranes in the nose, mouth or other areas. This cancer, acral lentiginous melanoma, is dangerous because most people don't recognize it.

What to look for: A melanoma under a nail often appears as a brown or black streak that grows larger over time. If a melanoma affects the mucous membranes in the nasal passages, it can cause persistent congestion or nosebleeds.

Self-defense: See your dermatologist right away if you notice a nail streak that's getting bigger and is not due to an injury. Go to your doctor if you have nosebleeds for no obvious reason or develop unexplained chronic congestion. Ask your dentist to check your mouth at routine dental exams.

These flat areas of sun-damaged skin vary in size, are gray-brown or black and usually appear on the face, arms, shoulders and/or hands.

If a spot changes over time, it could be lentigo maligna melanoma.

What to look for: A flat "spot" that gradually spreads and develops an irregular shape. It will be a brownish color and usually appears on the face, neck or other sun-exposed areas.

Self-defense: Have a dermatologist check age spots when they first appear. If an area changes quickly over a period of about two weeks) or has irregular borders, see a dermatologist promptly.

Unless you have thinning hair or you are bald, your scalp isn't an area that's easy to see. That's why melanomas on the scalp are so dangerous-most people don't notice them until they're already advanced.

What to look for: Scalp melanomas usually follow the normal rules of ABCDE-Asymmetry...Border irregularities...Color changes... Diameter (larger than about one-quarter inch)... and Evolving changes in appearance over time). Areas that itch or bleed persistently also should be checked promptly.

Self-defense: Once a month, take a few minutes to examine every part of your scalp. You can use a comb and/or hair dryer to move your hair out of the way. Use a mirror to help you see the top and back of your scalp and/or ask a family member or your hairdresser to check those places for you.

The Groin And More

Melanomas can occur in areas that have never been exposed to sun.

What to look for: Any sensation (such as itching or bleeding) around the testicles or penis or in the vulvar area or vagina...or anus that doesn't seem normal. You might notice a mole or a discolored area that's changing.

Self-defense: See your doctor right away if you experience unexpected vaginal bleeding or discharge or blood in the urine. Blood that appears during bowel movements is sometimes caused by hemorrhoids but may also indicate cancer, so see your doctor promptly.

You aren't likely to see an ocular melanoma (a rare type of eye cancer), because it's usually not apparent when you look in a mirror.

What to look for: See an eye doctor if you notice a scratchy sensation under the eyelid or possibly changes in vision, such as blurring or a loss of peripheral vision.

Self-defense: There is little evidence that wearing sunglasses will prevent eye melanomas. The best way to protect yourself is with an annual eye exam from an ophthalmologist or optometrist. 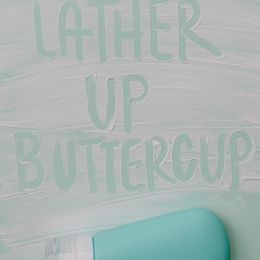 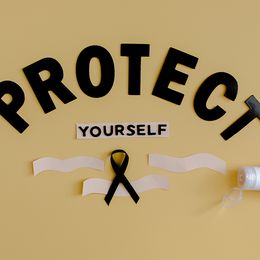