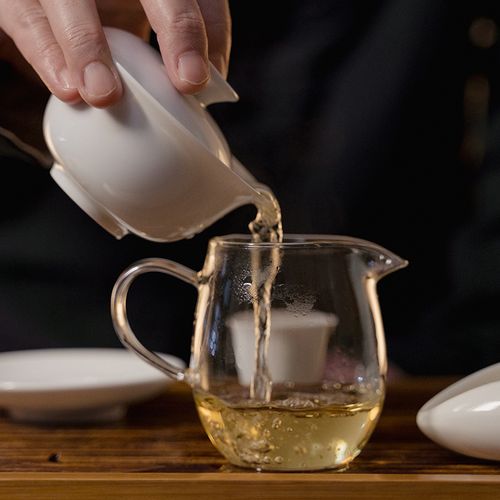 Researchers in Egypt examined whether drinking green tea while taking an antibiotic would affect the medicine's ability to fight bacteria. Green tea was tested in combination with antibiotics against 28 different infectious microorganisms.

Result: Drinking even a small amount of green tea while on an antibiotic increased the drug's antibacterial effect. Also, green tea made 20% of antibiotic-resistant bacteria vulnerable to one of the cephalosporin antibiotics, such as cephalexin (Keflex), which they usually resist.

Green tea could play an important role in an age of antibiotic-resistant superbugs. This study is an example of how a natural substance can be used synergistically—to enhance the effectiveness of a traditional medication.

For the two million or so Americans who I suffer from rheumatoid arthritis (RA), the symptoms-joint stiffness, inflammation and soreness-can be unbearably painful. RA, an autoimmune disorder, usually strikes between the ages of 30 and 50. For reasons unknown, it occurs in two to three times more women than men. Treatment includes anti-inflammatory drugs, such as ibuprofen (Advil, Motrin), steroids and/or disease-modifying antirheumatic drugs (DMARDS) such as adalimumab (Humira) and methotrexate. A holistic doctor may prescribe natural anti-inflammatory foods and supplements, such as fish oil, turmeric, methylsulfonylmethane (MSM, a sulfur-producing compound found in meat, seafood, fruits and vegetables) and the herb boswellia. But for many people, symptoms persist...and worsen as time goes on.

For some patients, a nontraditional course of treatment-long-term antibiotic therapy may bring relief. A small but growing group of physicians, including rheumatologists and family and holistic doctors, now treat RA with antibiotics from the tetracycline family, such as minocycline. Patients take the drugs at a very low dose for months and sometimes years, and many report unprecedented relief. Some recover fully and can stop taking the drugs.

This approach emerged from the work of Thomas McPherson Brown, MD, from the Rockefeller Institute, a research facility in New York City. In 1951, he and his colleagues were the first to report that RA was not an infectious disease but the body's immune system reacting to a foreign invader (an antigen). They suspected that the particular antigen was from the family of mycoplasma, bacteria from the pneumoniae species. The most recent study on the subject, published in 2005 in Rheumatology Journal, suggests that bacteria could be a contributing cause for RA but concludes that more research is necessary.

To explore this further, I contacted Harry Spiera, MD, chief of rheumatology at Mount Sinai Medical Center in New York City. Dr. Spiera told me that he believes tetracycline derivatives may benefit RA sufferers, although he does not explicitly endorse this therapy.

Antibiotic use is fairly controversial because over time, the body can build up resistance to the drugs. They also can have unpleasant side effects-even at low doses—including allergic reactions, diarrhea and yeast infections.

Is it worth a try! Although the evidence is inconclusive at this point, I believe that low-dose antibiotic therapy is likely to help some RA patients. For those who are not responding to other therapies, the course of treatment is especially worth considering. However, it is crucial to work with a doctor who is experienced in this therapy.

I also recommend that patients do everything possible to strengthen their immune systems eat a nutritious diet.. avoid processed foods... and drink plenty of water to flush out toxins. You also may consider increasing your intake of "good" bacteria (in foods such as yogurt, kefir and sauerkraut) and taking a probiotic supplement of 5 billion colony forming units (CFUS) daily. Take the probiotic two hours before or after the antibiotic. In addition, because antibiotics tend to deplete B vitamins, take a full-spectrum multivitamin/mineral or a B-complex supplement.

Recent finding: 63% of patients who took donepezil exhibited stable or improved memo ry, language, attention and recognition of their own names. The donepezil users also showed slower declines in overall social functioning than the placebo users.

Is There an Alzheimer's Cure?

In animal studies, a new drug (PBT2) dramatically improved memory and learning within days. The drug transports metal ions across cell membranes. Alzheimer's has been linked to disorders of metal ions, particularly copper and zinc. More study is needed.

When researchers analyzed data for 2.7 million patients (median age 75) who took drugs for high blood pressure, those using angiotensin receptor blockers (ARBs), such as candesartan (Atacand) and losartan (Cozaar), were 26% to 38% less likely to develop Alzheimer's or other forms of dementia than other patients were.

Theory: ARBs may help prevent nerve cell injury from blood vessel damage in the brain, which is believed to contribute to the development of dementia. In dementia patients, ARBS may delay progression of the disease.

A new analysis based on 13,499 people found that those who tended to use aspirin and or related painkillers called nonsteroidal anti-inflammatory drugs (NSAIDs) had up to a 23% reduced risk for the disease.

The effective drugs include ibuprofen (sold as Advil, Motrin and other brands) and naproxen (Aleve and other brands), in addition to aspirin. All were found to produce the same result. Alzheimer's is connected with inflammation in the brain, which NSAIDs counter.

Caution: The study authors do not recommend taking NSAIDs to prevent Alzheimer's but say the findings will direct further research. 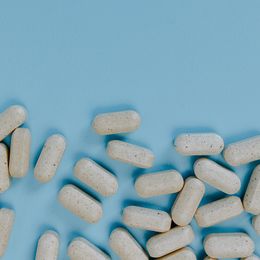 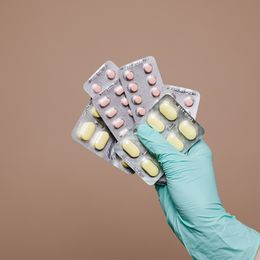