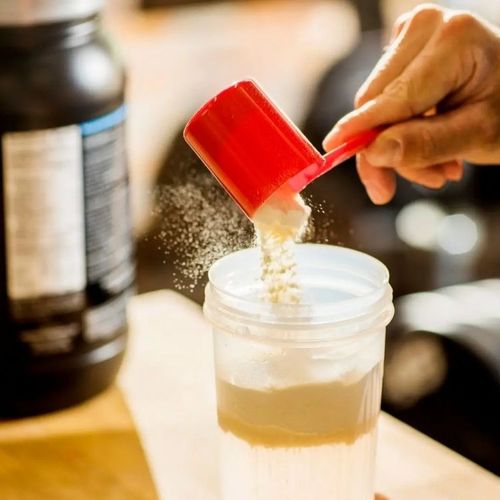 For people with type 2 diabetes, eating isn't the problem... it's what happens after eating that can be dangerous. Glucose accumulates in the bloodstream, where levels go way up after a meal. This phenomenon, called "spiking," irritates blood vessels and throws your metabolism out of whack, increasing risk for cardiovascular disease, eye and kidney damage, and possibly Alzheimer's disease and cancer, too.

A short, brisk exercise session before meals helps prevent post-meal blood glucose spiking. Here's another, even easier (and surprising) trick for keeping your blood sugar where it should be-it involves using whey...

It turns out that whey protein-yes, that stuff you see sold in giant tubs in the bodybuilder and sports section of health-food stores-is a great pre-meal tonic for glucose control. Whey protein products are powdered, concentrated milk protein-made from the watery stuff that accumulates and rises to the surface of containers of cottage cheese and yogurt that you probably drain off. Studies have shown that beginning a meal with a whey protein drink helps get post-meal insulin secretion into action, which, in turn, helps reduce glucose spiking.

This effect was recently confirmed in a small international study that also pinpointed how whey protein does its magic. The study took 15 people with type 2 diabetes, divided them into two groups, and fed them a sugary breakfast-with the difference being, one group drank 50 grams (about three-and-a-half tablespoons) of whey protein dissolved in water before eating breakfast... and the other group drank just plain water. Each group took a turn at drinking the whey protein on different days so that the effect could be gauged on every participant.

Results: When participants drank whey protein before breakfast, they accumulated an average 28% less blood glucose after the meal. And the whey had a strong and protective impact-insulin levels nearly doubled in whey drinkers within the first half-hour after eating and remained high. This happened because, in the whey drinkers, an insulin-stimulating hormone, called glucagon-like peptide-1 (GLP1), didn't degrade as quickly as it normally would. The presence of additional GLP-1 gave insulin a better chance of doing its job.

Here's the kicker: The researchers pointed out that the effect of whey on glucose control and insulin secretion was better than what would be expected from using diabetes drugs such as glipizide (Glucotrol), glyburide (Glynase) and nateglinide (Starlix).

Whereas the side effects of diabetes drugs can include headaches, joint aches, nasal congestion, back pain and flu-like symptoms, whey protein is well-tolerated in doses of up to 50 grams per day.

Although 50 grams per day taken before breakfast was looked at in the research study, how much daily whey protein do you need in an ordinary life setting to control blood sugar spiking? Naturopath Andrew L. Rubman, ND, founder and director of the Southbury Clinic for Traditional Medicines in Southbury, Connecticut, recommends using up to 800 milligrams per kilogram of body weight. That's a daily dosage of about 44 grams for a 120- pound person .. 54 grams for a 150-pound person .. . and 91 grams for a 250-pound person. These dosages refer to products that are whey isolate, not whey concentrate. Whey isolate provides more protein and significantly less lactose than whey concentrate, Dr. Rubman said.

The daily dosage should be adjusted so that you are taking the least amount you need to best control symptoms associated with blood sugar spiking-and this will differ from one person to another, said Dr. Rubman. People who have chronic kidney problems should seek medical supervision before supplementing their diets with any dose of whey protein.

Side effects of whey were not reported in the study, but high doses of more than 50 grams per day, particularly of whey concentrate, can cause digestive troubles such as increased bowel movements, nausea, thirst, bloating, cramps and lack of appetite, said Dr. Rubman. These effects are mostly caused by the lactose in whey products. Other possible side effects include tiredness and headache, low blood pressure and low blood sugar. So, everything in moderation if you decide to include a whey protein supplement in your diet.

Also, people with allergies to milk should avoid whey (it is milk protein, after all). It can also interfere with certain drugs, such as levodopa for Parkinson's disease, alendronate (Fosamax) for osteoporosis, and quinolone antibiotics (such as Cipro) and tetracycline antibiotics such as doxycycline-so if you take any such drug, speak with your doctor or pharmacist for guidance on whether (and when) you can safely take whey protein and at what dosage. 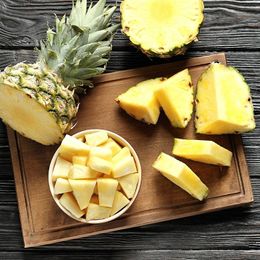 How to Eat Fruit When You Have Diabetes

Vinegar for Weight Loss (and It Lowers Blood Sugar!) 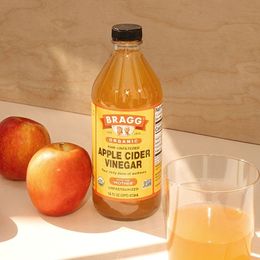