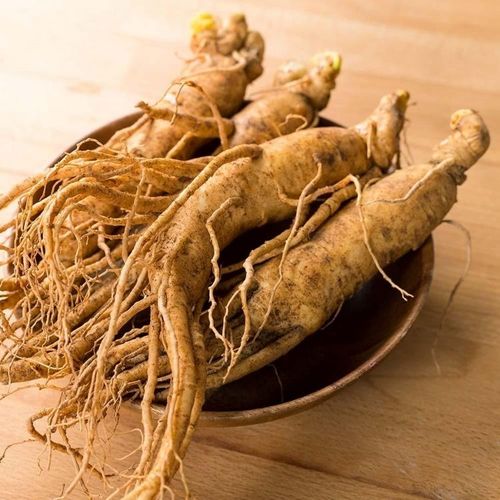 Got Diabetes? Stop Blood Sugar from Spiking with Red Ginseng

Adult-onset (type 2) diabetes is so common that ultimately impacts a whopping one in four people age 65 and older. In this type of diabetes, blood sugar can go way up-or "spike"-after a meal. You'll know your blood sugar is spiking because instead of feeling energized and fit after nourishing yourself, you'll just crash. More than just wanting to take a nap-you won't be able to do anything but. That's right. You'll have to take a rest after eating a meal because you will feel sleepy... exhausted. Your eyes may even blur. If this happens often enough, hardening of the arteries can occur, which, as you know, can lead to a heart attack. But you can prevent this from happening naturally. Red ginseng extract may be just the thing to keep blood sugar on an even keel.

Why is it called "red" ginseng? Tonics, extracts and teas of Asian white ginseng (also called Chinese or Korean white panax ginseng) are natural· powerhouses of health and vitality made from the raw dried root of the plant. They increase energy and stamina, reduce cholesterol and blood pressure and fight cancer and aging. But steaming the root before drying it starts a fermentation process that supports wellness even more. Once fermented, the ginseng is called red ginseng, and this is the kind that is especially good for people with diabetes and others who have problems with glucose control. Korean researchers have recently confirmed that red ginseng significantly reduces blood glucose levels and increases insulin levels after meals, That makes it especially helpful in preventing dangerous spikes in blood sugar that can happen after diabetics or borderline diabetics have a meal.

The researchers recruited 42 healthy men and women between the ages of 20 and 75 for their study. Nineteen of these participants had type 2 diabetes and the remaining 23 had prediabetes. Half of the group received capsules of fermented red ginseng extract, and half received capsules of a placebo. They were instructed to take one capsule three times a day for four weeks. The total daily dose of red ginseng for the treatment group was 2.7 grams (0.1 ounces).

The researchers found that red ginseng was able to regulate glucose and insulin after meals, thus preventing blood sugar spikes. Compared with the placebo group, insulin increased and glucose decreased after meals. And no serious side effects were reported in the Korean study, although one person in the treatment group had to drop out because hypoglycemia (low blood sugar) developed.

"Red ginseng extract may be a good addition to a natural, broader approach to controlling, limiting or getting rid of type 2 diabetes," said Andrew Rubman, ND, a naturopathic physician and founder of the Southbury Clinic for Traditional Medicines in Southbury, Connecticut. In his opinion, however, alpha-lipoic acid, a powerful antioxidant that helps the body use glucose more efficiently, may be a better choice. Plus, it relieves pain, inflammation, burning, tingling and numbness in people who have peripheral neuropathy (nerve damage) caused by diabetes. But because it can reduce blood glucose levels (leading to hypoglycemia), it should not be used without the supervision of a health-care professional who can monitor your blood sugar levels.

As for red ginseng, most people can use it daily with no side effects, according to Dr. Rubman. He cautioned that people who are taking several medications, especially antacids or statins, or who have liver or gastrointestinal diseases should hold off on taking ginseng extracts, since they can put an added burden on the liver. He also said that anyone who wants to try red ginseng for diabetes should do so under the supervision of a naturopathic doctor or clinically trained nutritionist-or at least let your doctor know that you are taking the extract so that he or she can monitor and interpret your physical exams and blood tests. Minor side effects include decreased energy, irregularity and/or intestinal gas.

Red ginseng is widely available online, in Asian-food stores and at large health-food and nutrition shops. 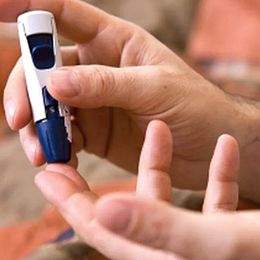 Say Good-Bye to Your Diabetes Medication

How to Lower Blood Sugar Immediately 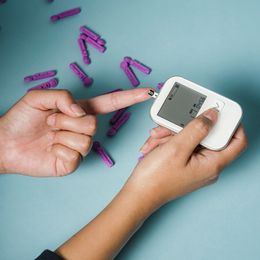