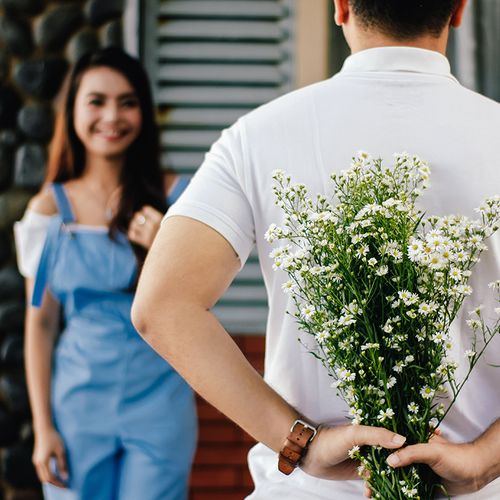 In working to ensure good health, people often overlook a subtle but extremely important factor. That is, quite simply, other people. We all need others, as Tom Hanks vividly demonstrated in the movie Cast Away, when his character's survival rested in part on "interactions with a painted face on a volleyball Fortunately, most of us have ample opportunity to connect with real people-spouses, partners, children, relatives, friends, colleagues. We know instinctively that connecting raises our spirits and fosters good feelings. From a medical standpoint, we now know without any doubt whatsoever that human connection profoundly affects our physical health.

Meaningful research concerning relationships and health started with a seminal study in Alameda County, California, in 1979. It showed that being socially integrated (married, close with family and friends, belonging to groups) was closely associated with longevity.

Meaning: Individuals who form close bonds with other people typically live longer than those without meaningful relationships.

Sheldon Cohen, PhD, from Carnegie Mellon University in Pittsburgh, has become a prominent researcher in this area. Using the common cold as a marker of wellness, Cohen discovered in numerous studies that greater social connection results in more resistance to illness.

Recently Dr. Cohen completed a study in which he used a unique method of measuring social connection. He analyzed the autobiographies of 96 psychologists and 220 literary writers for words that indicated close relationships-father, mother, brother, sister, neighbor and the like. He found that the writers who lived longest had included more of these words in their life stories than had the writers who died younger. In addition, the Australian Longitudinal Study on Aging, which included 1,500 people age 70 or older, discovered that those who had the most extensive network of friends and confidants lived an average of 22% longer than those who did not.

While good relationships can affect your health in positive ways, the opposite also is true. A 2007 study from University College in London asked 9,011 men and women about their closest relationships. Participants who described the most negative interactions in those relationships were 34% more likely to develop heart disease, on average, than those who reported more positive interactions. Another project at Rush University Medical Center in Chicago discovered that lonely people were more likely to fall prey to Alzheimer's disease.

Not long ago, I had the opportunity to witness how powerful a good relationship can be in restoring a person to good health. My patient, a man in his early 60s, is a high-powered real estate professional. He doesn't like to admit that anything in his life isn't going well, but as his physician, I was aware of his soaring blood pressure and fatigue that was becoming so pronounced that it interfered with his work. Finally the man admitted that he had been terribly unhappy in his marriage for several years. I urged him to see a marriage counselor with his wife. Fortunately, they took my advice.

After about six months, the couple had made substantial progress. They were once again communicating with each other-and growing closer. At about that time, treatments for the husband's fatigue and blood pressure problems began to take effect. There is no question in my mind that these two developments were related.

When Relationships Get Rocky

Of course, we can't simply "prescribe" good relationships for ourselves. Human beings by nature have varying opinions, tastes and desires --and so some disagreement is always part of dealing with other people. That is not the issue, however, when it comes to health. The issue is how you go about disagreeing.

In a 10-year study of 4,000 residents of Framingham, Massachusetts, 32% of men and 23% of women reported that they habitually bottled up their feelings during spats with their spouses. Keeping quiet didn't seem to upset the men, but for women, the study's finding about this so-called "self-silencing" was astonishing. During the decade-long study, wives who habitually suppressed their feelings and held their tongues during arguments were four times more likely to die than were the women who spoke up.

To get insight about the attitudes and actions that improve close relationships, I talked to Alexa Elkington, MS, a marriage and family therapist in Las Vegas who leads workshops to help people communicate better. Here are the key points that she says help strengthen the quality of our interactions—thus contributing to health and happiness… 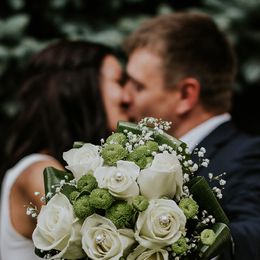 Loving the Spouse You Have... Secrets to A Happily Ever-After Marriage 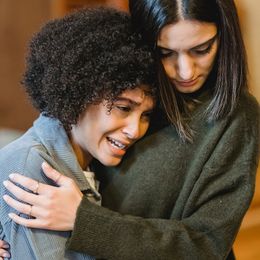