Get Help for Sexual Issues You Hate To Discuss

Many women who survive breast or gynecologic cancers say they want help for sexual issues, but few of them actually ask for it, according to a new study from the University of Chicago Medical Center.

Few doctors have the expertise to discuss women's concerns about the effect of cancer on their sexuality, although doctors routinely bring up such questions among men treated for prostate cancer, senior author Stacy Tessler Lindau, MD, an associate professor of obstetrics and gynecology, said in a medical center news release.

"It is critical that physicians caring for (female) cancer patients know that sexual concerns are often physical," she said. "The physical problems associated with cancer treatment can strain relationships, cause worry and stress, and can be very isolating—many women come to us feeling ashamed, guilty or alone. They feel like the problem is primarily in their head."

Pain, vaginal dryness, loss of desire, arousal and orgasm difficulties, and body image concerns are among the sexual problems experienced by these patients. Some have also reported feeling less attractive after treatment.

The study involved 261 gynecologic and breast cancer survivors, ages 21 to 88, with the average age of 55. Researchers found that 42% were interested in receiving medical help for sexual issues, but only 7% asked for advice.

Women who had been out of cancer treatment for more than a year were much more likely to want advice than those currently in treatment-47% versus 32%.

Younger women were more concerned about sexual issues than older women, but more than 22% of women over 65 also said they wanted medical care for their sexual issues, said the researchers.

The study was recently published online in the journal Cancer.

"Some women have the courage to raise sexual concerns with their doctor, although repeated studies show they prefer the doctor to initiate the discussion," said Dr. Lindau.

"Physicians will often empathize with a patient's concerns, but struggle with a lack of knowledge about how to help," she added. She and other physicians in Illinois are working to establish a program to help both doctors and female cancer patients deal with these issues. 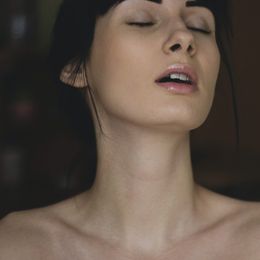 Rise in Some Head and Neck Cancers Tied to Sexual Activity