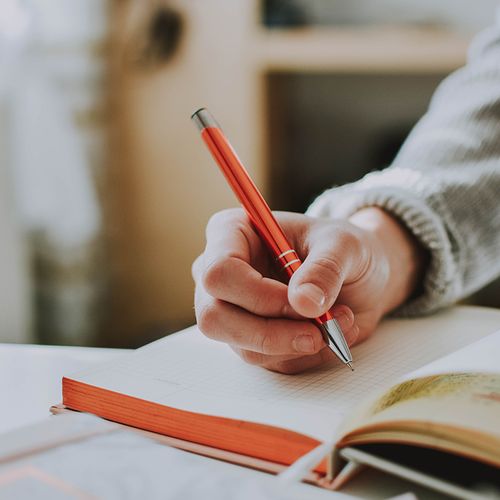 Fight Cancer with a Pen

When 69-year-old Carl Irwin arrived at Georgetown University's Lombardi Comprehensive Cancer Center for treatment of lymphoma, he was handed a blank notebook and asked to write about how his cancer had changed him and how he felt about those changes.

Propped on a recliner chair, an IV in his left arm and a pen in his right hand, Irwin wrote about how he had confronted his cancer headon from the first diagnosis, how he had assembled what he called an "advisory" team, and how he felt he had made the right choice by entering a clinical trial to try to treat his disease.

"It (writing) helped my confidence immensely," said Irwin, whose journaling was part of another trial being conducted at Lombardi, in Washington, D.C. "Sometimes my brain doesn't kick in till I write."

Previous research has uncovered physical and psychological benefits to so-called expressive writing among diverse groups of patients, including people with chronic illnesses, such as arthritis and asthma. Most of those studies were done in a controlled, laboratory setting.

The Georgetown study involved patients in an actual hospital setting.

"We were looking for feasibility," said Nancy Morgan, lead author of the study chronicling the Lombardi writing experiment. "Our goal was to try it in the real world."

For the study, 63 patients with leukemia or lymphoma were asked when they arrived at the hospital to complete a 20-minute writing exercise as well as pre- and post-writing surveys and a telephone follow-up three weeks later.

A software program helped the researchers analyze the writing for themes, words and phrases indicating how cancer had transformed the patients' lives.

But Morgan said she was most interested in what people had to say, how they felt about their experience with the disease.

"Basically, we were trying to stick to thoughts and feelings rather than the facts," she said. "Writing about facts doesn't get you anywhere."

"A lot of them wrote in the survey, 'I hate thinking about cancer but writing helped me process it and I feel better, it helped me create a script of things I want to say to my family," said Morgan, a writing clinician and director of Lombardi's Arts & Humanities Program.

They were saying they just couldn't deal and writing helped them deal," she pointed out.

Expressive writing has now been incorporated into the hospital's arts and humanities program and is part of general patient orientation.

During the orientation Morgan makes a presentation and hands out blank journals for participants to write in.

Some trial participants have incorporated the practice into their lives.

"I started writing updates for relatives and close friends. I still do, to this day," two years after the trial, Irwin said. "They just about always reply."

Sandi Stromberg teaches "Journaling: The Healing Power of Story," for patients and caregivers at M.D. Anderson Cancer Center in Houston.

"They say, 'I don't want to just sit here moaning about my cancer or my loved one's cancer," she said. "For cancer patients, the whole story becomes cancer. They forget they led perfectly normal, functioning lives before cancer."

Stromberg uses non-cancer related prompts such as "Write about your first car." Invariably, the patients want to share what they've written, and they bond strongly to each other.

"One time I had a man, I didn't think he would take part, and he did, and he started to cry," Stromberg recalled. "The woman next to him had the same cancer and was a four-year survivor. She put her hand on his wrist and said, 'I understand right where you are.' And he looked at her, and he said, "Thank you,' with a big smile on his face." 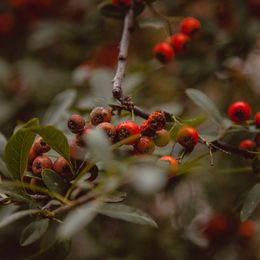 The Eight Most Healing Herbs 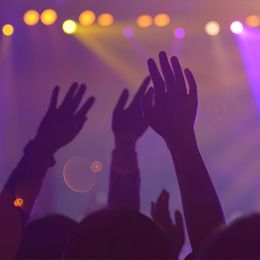