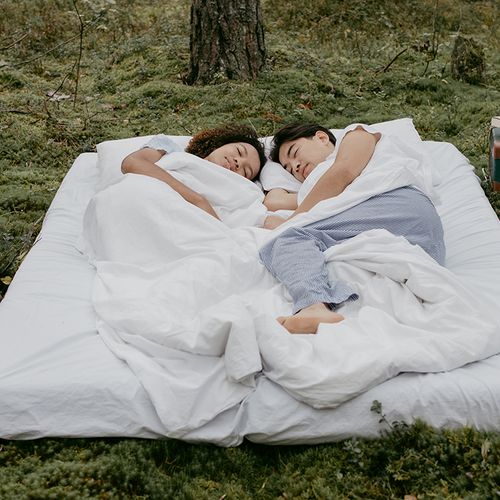 Exciting News About Your Dreams

According to the researchers, this finding suggests that the brain compartmentalizes dreams into two separate sleep periods, and may put to rest the theory that dreams are no more than a meaningless rehash of random images.

"That's been a very dominant theory for the past decade, and if our study gets replicated, then the hypothesis that dreams are random and without purpose is refuted," says the lead researcher of the study, Patrick McNamara, an assistant professor of neurology at Boston University School of Medicine.

In their study, McNamara's team fitted 15 sleeping college students with special "NightCaps" that recorded whether they were in REM or non-REM sleep.

As part of the experiment, the researchers woke the participants during REM or nonREM sleep and had them verbally record their dreams, thoughts and feelings immediately before being roused.

"We found that non-REM and REM sleep specialize in the kinds of dreams they stimulate," McNamara says.

Specifically, they found that dreams in which the sleeper appears angry or "emotionally aggressive" were much more common in REM sleep in the study participants. In fact, these aggressive dreams never occurred during nonREM sleep throughout the entire study.

On the other hand, dreams involving friendly, non-threatening social interactions comprised 90% of all "socializing" type dreams that were recorded during non-REM sleep. That number dropped to 54% during REM sleep, the researchers report.

McNamara can only speculate why dreams vary depending on the sleep stage, but he says there are a few possible explanations.

Dreams may be the brain's way of "rehearsing" social interactions, he says-priming people for the emotional challenges to come.

Another theory, McNamara notes, is that certain genes help govern aggressive or passive behaviors, so it is possible that these genes are more or less active during REM or non-REM slumber.

The brain's emotional centers remain active during the early REM stage of sleep, so that might also encourage emotionally aggressive dreams during that time, says sleep expert Richard Bootzin, professor of psychology at the University of Arizona.

Bootzin says McNamara's study "opens the door to lots of new questions, but he cautions that it did have limitations.

"Remember, these were all college students, between 18 and 22 years of age," he says. According to Bootzin, adolescents and young adults tend to have less neurological impulse control than older adults, so the findings might not be replicated in older populations.

Dreams occurring in REM sleep also tend to be much longer than non-REM dreams, adds Bootzin, so the findings may simply reflect differences in the emotional content of long dreams versus that of short dreams.

McNamara agrees that much more research needs to be done before any solid conclusions can be made. But he remains intrigued by what the findings might mean for waking life, too.

If the brain is organizing dreams in a purposeful way, then socially oriented dreams might "constrain, shape, modulate or influence the number and types of interactions that you're going to engage in during the day to come," he says.

In his next series of experiments, McNamara will look at just that possibility, comparing sleepers' dream patterns with the socializing they conduct during the following day.

If those experiments show a real correlation, "it may mean that if you want to understand why people do the things they do in the day-in terms of their social interactions -one place to look is dreams."

What Are Your Dreams Really Telling You?

In our dreams, we fly without airplanes, chase runaway cars and have romantic encounters with casual acquaintances. The images can be enthralling or disturbing—but what, if any. thing, do they mean? Here are some of the most common dreams and what they mean…

Dream: You are back in high school and have to take a final exam—for a class that you somehow forgot to attend all year. Or you're about to appear in a play and don't know your lines.

Meaning: This dream often occurs when people have been pushed out of their comfort zone, such as by an unusual or important assignment at work. Generally, the fears expressed are unfounded because those who have this dream tend to be overachievers and are unlikely to ever be unprepared for anything.

What to do: Realize that you may be more stressed than the situation warrants. Once you start working on the task, the dreams should stop.

Dream: There are two distinct types of falling dreams. In one, you step off a sidewalk or some other small drop and feel yourself fall a short distance. In the other, you feel like you're falling a great distance, such as over the edge of a cliff.

Meaning: The short fall" dream is particularly common during the December holiday season. It might suggest that you're feeling overwhelmed by a suddenly hectic schedule or a long list of commitments.

The "long fall" dream is common among successful people who are experiencing concerns about a temporary risk or loss of control. A businessman might have this dream after going into debt for the first time to expand his company. The dream indicates that the possibility of failure is weighing on you—even if you know rationally that the risk is worth taking.

What to do: Reflect on situations that you can control, such as eating or spending habits. Adjust your expectations and pace where possible so that you can avoid heading for a "fall."

Dream: As with falling, there are two main types of dreams about flying without an airplane. In one type, you're having no trouble. In another, you confront problems along the way—perhaps you're being pursued...must dodge trees...or you forget how to fly midflight.

Meaning: Those who dream of flying without problems tend to be highly intelligent people who have outlets for their creativity.

They see themselves as going beyond normal limits, and the dreams are an expression of their feelings of achievement.

Flying dreams that feature impediments suggest that there are people, things or parts of yourself that you believe prevent you from putting your abilities to use.

What to do: If there are difficulties in your flying dreams, reflect on the obstacles you may be facing, but don't dwell on them. Say to yourself that they may slow you down, but they won't stop you.

Dream: All your high school classmates are opening their lockers, but you can't seem to open yours no matter how hard you try.

Alternate version: You find a forgotten room in your house. All sorts of great things are inside, covered in cobwebs.

Meaning: You feel that you have put aside some important part of yourself. Perhaps you were once a skilled artist or an aspiring teacher but gave it up for a more lucrative profession. People tend to have these dreams at a point in their lives when it's feasible to revive the long-dormant interest, such as shortly after retirement or when the last child has left the house.

What to do: Explore your interests—otherwise, you will be haunted by this dream. Take a look at what you meant to do 20 years ago, and see if there is any way you can have fun with it today.

Unable To Come To The Rescue

Dream: Your house is on fire, but you can't get in to rescue your family. Or you know that a plane is about to crash, but you can't do anything to help. The more you try, the more panicky you feel.

Alternate versions: You lose your driver's license, wallet, purse or passport...or your car isn't where you parked it.

Meaning: These dreams indicate high levels of anxiety about things beyond your control. They are very common when the economy takes a downturn and companies downsize.

What to do: Make a plan to reduce the anxiety that this dream reflects. Evaluate your options and search for opportunities. Also exercise and/or meditate to relieve stress.

Dream: You're in a store, at the office or giving a speech when suddenly you realize that you're not wearing any clothes. You make a desperate attempt to cover yourself while trying not to attract attention.

Meaning: This dream usually comes to people who face unfamiliar circumstances that figuratively strip them of their normal defenses—such as a new job, a new romance or giving a speech.

What to do: Don't expect perfection. Allow yourself to make mistakes and grow into your situation. The dream should go away once you become accustomed to the new circumstances.

Dream: Your car—or some other vehicle—is rolling down a hill with you in it or near it, but you can't do anything to stop it.

Meaning: The runaway vehicle represents a part of your life that feels out of control. This dream often comes to people who haven't yet consciously become alarmed about an increasingly troubled part of their lives.

What to do: Reflect on what the problem may be. Once you recognize what the cause is, you will be able to address it.

Meaning: Despite the conventional wisdom, these dreams usually don't mean that you're secretly attracted to the person or that you're unhappy with your current relationship. More often, they show that you're attracted to a quality this person has. Perhaps your dream partner is the wittiest person you know, and you would like to get in touch with your funny side...or he's very confident, and you would like to be more confident.

What to do: Work on developing the qualities you admire. Think about how you would act if you had those qualities and then act that way, taking small, modest steps at first.

Dream: You dial 911 but get a busy signal or the phone doesn't work...or you try to tell people about an impending disaster, but no one will listen.

Meaning: Stress may have pushed you close to your breaking point.

What to do: Take immediate action to reduce stress—exercise, meditate, etc. Explain to loved ones or coworkers that you need their support. If necessary, consult a therapist. 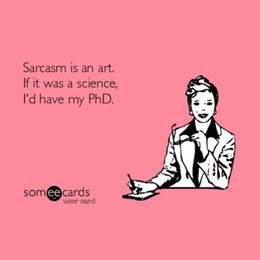 Protect Your Mental Health in Times of Crisis 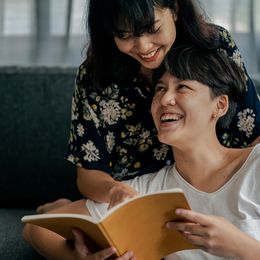