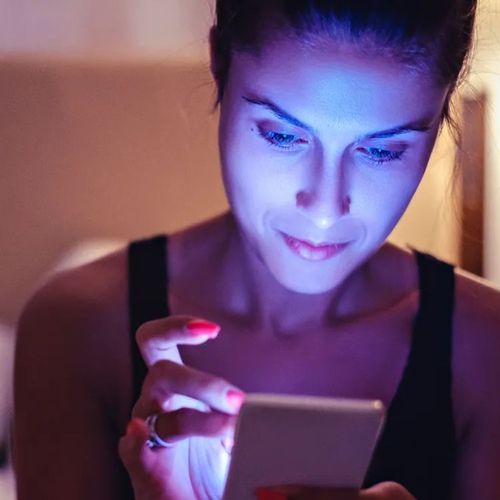 New research suggests that exposure to blue light could help shift workers stay alert during the night. People who sat for more than six hours in front of a lamp emitting blue light had better reaction times and felt less sleepy than those exposed to green light, scientists report.

In the study, researchers recruited eight men and eight women in their late teens and 20s, and adjusted their body clocks so they would sleep from 10 am to 6 pm, as if they were working late shifts.

The researchers then attached brain-monitoring devices to the subjects and had them sit in front of specially designed blue or green lights for 6.5 hours without a break. The subjects were not allowed to do anything except sit and stay awake during the experiments.

The subjects who were exposed to blue light did better on reaction-time tests and reported being less sleepy than those who sat in front of the green lights. Brain scans also suggested that they were more alert.

This research shows that "different colors of light can be used to change your alertness level, but blue light is better," says lead researcher Steven Lockley, a neuroscientist at Brigham and Women's Hospital in Boston. Blue light appears to do a better job of fooling the mind into thinking that it's daylight, he says.

Therefore, it may be possible to use blue light to help workers feel alert and perform well for the duration of an entire night shift, Lockley adds.

During the past few years, scientists have developed greater insight into how light affects sleep. According to Lockley, they have found that there are light receptors in the eye that have nothing to do with vision-they work even in blind people.

These receptors let us know when it's daytime and when it's nighttime so our body clocks can adjust themselves. "Light is the major cue for enhancing wakefulness," says Dr. Robert Vorona, a sleep researcher and an associate professor of internal medicine at Eastern Virginia Medical School in Norfolk.

Vorona says the findings are interesting, but notes that the study is small.

"This may allow us to better understand the central nervous system processes that control wake and sleep," he says. In addition, the findings could provide guidance to engineers as they create lighting systems for homes and workplaces.

For now, the research supports manufacturers of light boxes that use blue light, Lockley says. People use the boxes to combat sleepiness and seasonal affective disorder (SAD), which can cause depression in the darker days of winter.

However, just like ultraviolet wavelengths, blue light could be dangerous to the eyes in heavy doses, Lockley warns, so it should be used with caution. 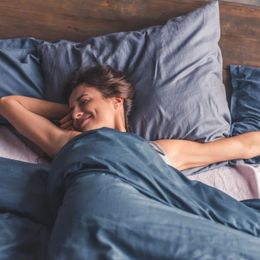 The Health Benefits of Good Sleep

Tired? Depressed? Cure May Be as Simple as Breathing 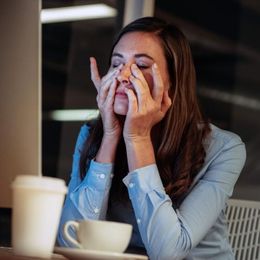