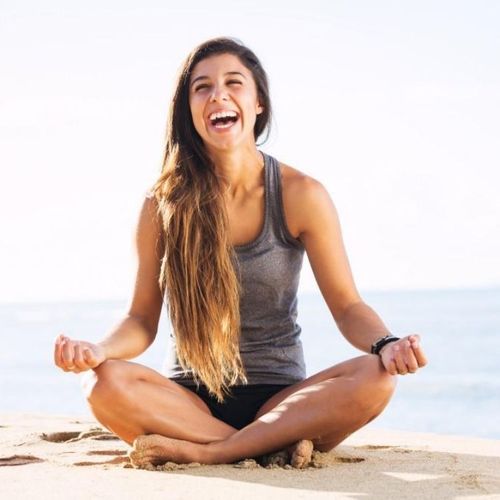 Living with asthma does not have to be a life sentence with the drug companies. I-lThere are natural health-building ways to breathe free, drug free.

For the 20 to 40 million Americans who suffer from asthma, life can be very scary. In addition to dealing with debilitating and frightening attacks, many sufferers experience unpleasant side effects from the medications used to control the illness. "I've seen patients shaking, anxious, jittery, unable to concentrate and even complaining of chest pain-and they don't know it's their asthma medication," says New York City-based family physician Richard Firshein, DO, who specializes in complementary medicine. 'What's worse, some of the remedies fail to address the underlying causes, so sufferers continue to experience attacks.

The good news is that drug-free treatments abound, and they really work. 'Alternative traditional therapies not only reduce or eliminate the need for medications, they also improve people's quality of life quite dramatically," says Dr. Firshein, author of Reversing Asthma (Warner).

Managing asthma, an allergic inflammation of the lungs, is increasingly important. The number of cases in this country is rising at an alarming rate-it has more than doubled just in the last 20 years.

Dr. Firshein calls on an arsenal of natural remedies and includes the manipulation of diet and environment and the addition of supplements, breathing exercises and acupuncture to help his patients live drug-free.

Asthma is a disease of inflammation, so it's especially important for sufferers to avoid foods that are triggers. Excessive sugar and salt are prime culprits, as are heavily processed foods that contain all kinds of chemicals.

In addition, individual asthmatics may find that they have other individual food allergies that trigger asthma attacks. To determine the problematic fare, Dr. Firshein recommends doing a "rotation diet" in which you avoid one of the major allergens- milk, com, soy, wheat, eggs or ng15 f61 a four- to five-day period and see if symptoms abate. After you omit one item, reintroduce the food and see if you feel worse. When you have completed one food, try the next. "It's not foolproof," says Dr. Firshein, "but if you do it long enough, you might realize that you're only allergic to one or two things. Then you can feel so much better simply by avoiding those items," he says.

Dr. Firshein also recommends identifying your personal allergens with one of two tests-skin testing or a blood test called the radioallergosorbent test (RAST). In this test, substances known to trigger allergies are added to the blood sample and then the level of allergy antibodies is measured. The levels will be high if there is an allergic reaction. One of these tests, along with the rotation diet, should determine 80o/o of triggers, Dr. Firshein says.

Dr. Firshein, who also is author of The Nutraceutical Reuolutiaz (Riverhead), recommends talking to a doctor who specializes in nutrition about taking a well-balanced antioxidant, one that contains moderate amounts of vitamins A, C and E, the B vitamins, selenium and others. Several studies have drawn connections between low levels of antioxidants and higher levels of asthma. For example, many asthmatics have been shown to be deficient in magnesium, which acts as a natural bronchodilator. In other research, vitamin C has been found to reduce exercise-induced asthma.

Most people don't know how to breathe properly. They breathe shallowly, allowing their chest to rise and fall with each breath. Abdominal breathing-using the diaphragm to draw air in and 9uf-i5, according to Dr. Firshein, "one of the most effective ways to strengthen weakened lungs and control attacks. Using your diaphragm helps you relax and gain control over your breathing, improving oxygenation," he says. "It can make a substantial difference."

With asthma, he explains, the problem is not that air can't get into the lungs-it is that it can't get out. The following breathing exercise helps constricted lungs pump air out more efficiently. "It's like a Heimlich maneuver for asthma sufferers, a natural bronchodilator" he says. Do it for 10 minutes once or twice a day…

1. Start by getting into a relaxed state of mind, by using meditation or imagining yourself lounging on a beach.

2. Breathe in deeply and visualize your stomach, not your chest, expanding. You even can place one hand on your stomach and one on your chest to ensure that your body is following along.

3. Start counting out your breaths-inhale on three counts, exhale on six counts. Blow air out through pursed lips.

This breathing technique is taught as "pranayama" by instructors in hatha yoga. It is the art of yogic breathing.

GO UNDER THE NEEDLE

The 1996 National Institutes of Health (NIH) Consensus Statement on Acupuncture found strong evidence that acupuncture can treat asthma effectively. Kim Jobst, MD, of Oxford University reports in an article for the Journal of Alternative and Complementary Medicine that, at the request of the NIH, he collected all the research on acupuncture and chronic lung diseases. Of the 16 studies he reviewed, he found that acupuncture was effective-reducing attacks and doses of drugs-in 52% of cases. Other research, including data from The Journal of Traditional Chinese Medicine, p:uts the success rate at closer to 75% or 80%.

Dr. Firshein finds acupuncture to be an important part of any nonconventional treatment for asthma because it's helpful in maintaining proper lung function. It works by stimulating certain responsive parts of the body's nervous system, which then transmit signals along the nerves and also produce biochemicals that influence other cells of the body. The nervous system also is linked to the hormonal system by way of the adrenal gland, so it can send healing signals to the body's every cell and system.

Most asthmatics already know this, but it's good to mention that your home can have many triggers. Go through your house room by room to eliminate potential allergens, such as smoke, dust mites, mold, pet dander and water or chimney leaks. Also, install a carbon monoxide detector.

"It's very exciting to have all these different modalities for treating asthma," Dr. Firshein says. "It gives people a lot of options, a lot of choices, and they don't feel as threatened by the condition. They feel that they can do something to help themselves." Most important, these techniques look to cure the underlying ailments rather than simply suppress symptoms. Consider adding a physician formally schooled in these nonconventional modalities who can cooperate with your allergist or pulmonologist. It is a much more effective strategy for long-term health. 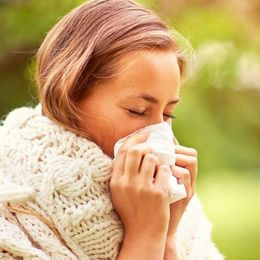 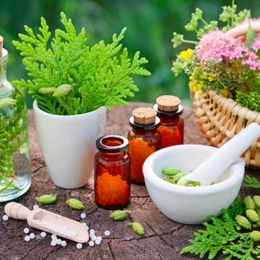