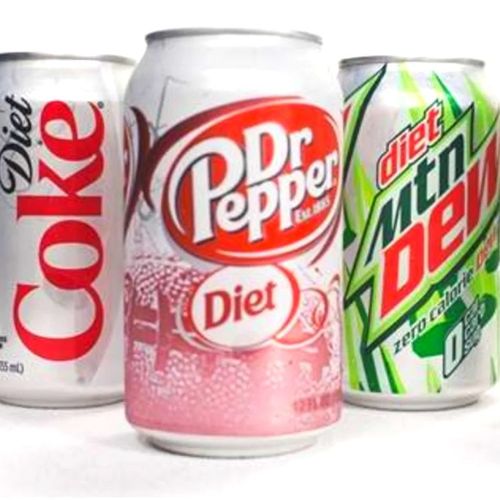 No one thinks soda is good for you, but you might not realize just how bad it is for you. And fruit juice is almost as bad.

The American Heart Association has concluded that the safe upper limit of daily added sugar-which includes all of the sugar that isn't naturally present in foods-is six teaspoons for women and nine teaspoons for men. A 12-ounce can of Pepsi has about 10 teaspoons of sugar. Most soft drinks have a similar amount. And bottled teas and sports drinks contain about the same amount of sugar per ounce as colas.

In addition to sugar, these beverages may contain phosphoric acid (which disrupts mineral balance), high-fructose com syrup form of sugar that may increase the risk for metabolic syndrome) and caffeine (which can cause heart palpitations and insomnia). None of it is good for you.

Even real fruit juice-including fresh apple, grape and orange juice-contains about 10 teaspoons of sugar in every 12-ounce glass. Yes, it is naturally occurring sugar, but it upsets your body chemistry in the same way that added sugar does.

The average American drinks about 11.5 gallons of fruit juice and fruit beverages and more than 50 gallons of soft drinks a year. This works out to about 600 12-ounce cans of soda and 125 12-ounce servings of juice.

Our bodies aren't designed to process this much sweetness. Excess sugar breaks down the process of homeostasis, the body's ability to maintain a healthy chemical balance. What this can lead to...

• Calcium depletion. Sugar acidifies the blood. The body attempts to restore a normal state of alkalinity by removing calcium from the bones. This increases blood levels of calcium while decreasing bone levels. Results: A higher risk for bone fractures and osteoporosis, along with an increased risk for cardiovascular disease from arterial calcification.

• Autoimmune diseases. The mineral imbalances caused by excess sugar and phosphoric acid impair the normal functions of enzymes, including digestive enzymes. When the digestive enzymes can't function, protein molecules from incompletely digested foods can pass through the intestine and into the bloodstream. These "foreign" molecules then are attacked by the immune system.

This condition, known as leaky gut syndrome, could increase the risk for and/or severity of lupus, rheumatoid arthritis and other autoimmune diseases.

• Pancreatic cancer. Swedish researchers sent food questionnaires to nearly 80,000 men and women. They found that those who consumed the most sugar, particularly from soft drinks, were significantly more likely to get this deadly cancer than those who consumed less. Other studies have reported similar results.

• Hypertension, heartburn, asthma, more. The consumption of soft drinks has been linked to an increased risk for high blood pressure, gout, heartburn and even asthma.

A presentation at the International Stroke Conference in Los Angeles looked at information from more than 2,500 participants. Researchers found that those who drank diet soda daily were 61% more likely to suffer a cardiovascular event, such as a heart attack or stroke, than those who didn't drink these beverages.

Although the reason for this isn't known, there is enough information about sugar substitutes (such as aspartame and saccharin) to make them a good guess. The phosphoric acid could be a likely cause, too.

Whatever the cause, I do not recommend diet soft drinks.

Like cocaine, sweeteners elevate dopamine, a neurotransmitter that makes us feel good. However, the sugar "high" doesn't last very long. In the absence of more sugar, dopamine declines precipitously, which causes classic symptoms of withdrawal-mood changes, fatigue and irritability.

Manufacturers have promoted sports drinks (such as Gatorade), bottled teas and fruit juices as being healthier than carbonated beverages such as 7UP, Coca-Cola and Pepsi. They're not. A 16-ounce bottle of lemon tea has 10.5 teaspoons of sugar. A 20-ounce bottle of Gatorade Original Lemon-Lime contains about six teaspoons.

The challenge for those who are accustomed to sugary beverages and have developed a chemical dependence is cutting back. They'll invariably experience intense cravings.

• Water it down. You don't need full-strength fruit juice to get the satisfying taste. Add about three-quarters cup of water to one-quarter cup of juice. You'll get a little sweetness and fruit flavor, without the excess sugar.

• Add bubbles. Many people like the carbonation in soft drinks as much as the sugar. You can make your own carbonated beverage by adding about one-half cup of soda water to ·One-half cup of fruit juice or iced tea.

• Add lemon. Many restaurants routinely add lemon slices to glasses of water. You also can add a little pureed fruit, such as melon or peaches, for flavor.

• Try commercial substitutes. A few companies make tasty beverages with little or no added sugar. Brands such as Metromint and Hint use purified water that is lightly flavored with peppermint, lemon mint, raspberry-lime, etc.

The following are additional ways that soda and juice drinkers can cut back on sugar as long as they're used in moderation...

• Coconut water. It's the base ingredient in several commercial beverages, such as those made by Nature Factor Organic Young Coconut Water and ZICO. Although these drinks are lower in sugar than most soft drinks, they're not sugar-free. I advise drinking no more than about four to six ounces a day.

• Stevia. This plant-based, noncaloric sweetener is hundreds of times sweeter than sugar. You can use a little to sweeten tea or other beverages. It's also the sweetener that's used in some commercial diet beverages, such as Zevia Natural Diet Soda.

Caution: Stevia appears to be healthier than artificial sweeteners, but still use it in moderation. The sweetness can keep you "hooked" on sweetness and make it harder to reduce or eliminate excess sugar from your diet. 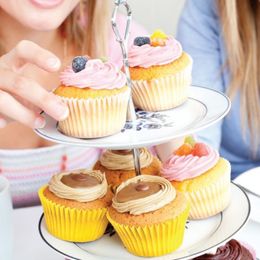 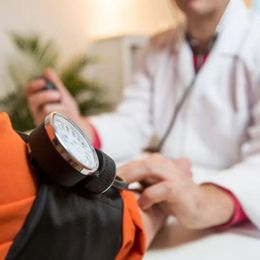