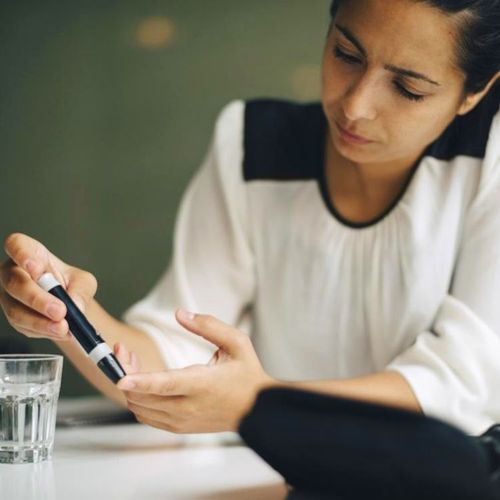 Don't Be One of the Millions of Americans Overtreated for Diabetes

Bringing blood sugar down with diabetes drugs might be too simple an approach and, worse, ineffective and even harmful for some of us, especially those of us who are 65 or older. What's more, the reason why so many Americans have diabetes might not be because their blood sugar levels are dangerously high but because the system that defines what constitutes diabetes is rigged. And even doctors might not realize it!

Here's how to really protect your health and protect yourself from overtreatment when a doctor tells you that your blood sugar is high...

Diabetes management has become big business, amassing billions of dollars in annual sales. In 2014, sales of diabetes drugs alone reached $23 billion. For this we can thank, in part, the changing definition of what exactly diabetes is. Since 1997, the American Diabetes Association and other professional endocrinology groups have twice lowered blood sugar thresholds for type 2 diabetes and prediabetes. Each time they did this, millions more Americans were suddenly considered, by definition, diabetic or prediabetic.

But the doctors making these blood sugar threshold changes have strong incentives to do so that have nothing to do with your wellbeing, according to a recent expose published by the medical news outlet MedPage Today and the Milwaukee journal Sentinel. Many of these doctors receive speaking and consulting fees from diabetes-drug manufacturers. In one analysis, the authors of the expose found that 13 of 19 members of a committee responsible for diabetes guidelines accumulated a combined sum of more than $2 million in speaking and consulting fees from companies that make diabetes drugs. Whether doctors responsible for diabetes guidelines are intentionally and systematically basing their decisions on their bank account balances isn't known, but the findings do reveal an obvious and material conflict of interest.

The authors of the expose also pointed out that although they reduce blood sugar, none of the 30 diabetes drugs approved since 2004 has been definitively proven to reduce the risk of heart attack and stroke, blindness or any other diabetes-related complication. "In order to approve a new diabetes drug, the FDA requires evidence that the drug effectively reduces hemoglobin AlC levels-a measure of blood glucose-and that it doesn't result in an unacceptable increase in heart disease risk. The evidence that the drug reduces the risk of complications of diabetes, such as heart attacks and stroke, is not required," explained endocrinologist Kasia Lipska, MD, assistant professor of medicine at Yale School of Medicine. She is the leader of a recent, related study that showed that mature adults are being treated too aggressively for diabetes, sometimes with dangerous consequences. The study population of nearly 1,300 adults, selected from the National Health and Nutrition Examination Survey database, represents a cross section of senior Americans with diabetes.

When it comes to drug treatment for diabetes, most doctors will turn to the older drug metformin first, said Dr. Lipska. It has been used in the United States since 1994 and has had a good safety record here and in Europe, where it has been used much longer. It is considered safe and effective. In addition, it does not cause low blood sugar reactions or weight gain. However, after metformin, there is no clear "winner" among the diabetes drugs, and the choice of drug depends on a number of tradeoffs and risks, particularly for older adults, she said. Insulin and sulfonylurea drugs such as glipizide (Glucotrol), glyburide and glimepiride (Amaryl) have been associated with dangerously low blood sugar (hypoglycemia), and other drugs, such as pioglitazone (Actos), with risk of fluid retention and fractures. Some drugs, such as saxagliptin (Onglyza), may be associated with heart failure, while, for very new drugs, such as canaglijlozin (Invokana), the risks are not yet known.

Although the American Diabetes Association and other professional groups have been lowering the threshold for what constitutes "diabetes" (and, thereby, driving the market for diabetes drugs, at least according to the Medpage expose), the American Diabetes Association and the American Geriatrics Society discourage tight blood sugar control in older adults. They acknowledge that older adults whose blood sugar is too aggressively controlled are more vulnerable to the dangerous side effects mentioned above, said Dr. Lipska. She added that one treatment standard does not fit all in older adults, because their health and treatment preferences vary greatly. Tight control may be safe and appropriate for one person and not another.

Diabetes in older people should be generally managed through lifestyle modification first, including exercise, according to Dr. Lipska. Nevertheless, medications are often required to bring down blood sugar levels, she said. "For many older people with serious health problems or a history of hypoglycemia, tight blood sugar control may not be worth the risks involved. But for some relatively healthy people, tight blood sugar control may make sense. Treatment should be individualized, which requires a careful case-by-case approach," she said. Unfortunately, this is not always the case in practice. Her study found absolutely no difference in how people were treated based on their health. In other words, patients in poor health and at risk for hypoglycemia tended to be treated as aggressively as far healthier patients. What's more, 55% of older adults with diabetes who achieved tight blood sugar control were taking insulin or sulfonylureas-drugs that can lead to hypoglycemia-regardless of whether they were healthy, had complex health issues and/or were in poor health.

To avoid overtreatment for diabetes, Dr. Lipska recommends that you make the necessary lifestyle changes and work together with doctors and other health-care providers on a personalized approach to your specific health needs and safety. You need to be engaged and part of the plan. The plan should involve much more than simply prescribing a diabetes drug if your blood sugar is above the recommended threshold. 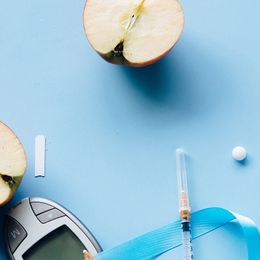 Insulin Resistance Signs You Must Know 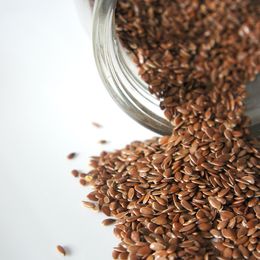