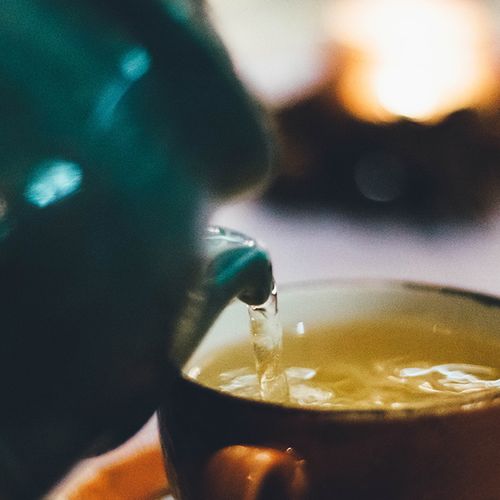 Six cups of green tea a day may slow the progression of prostate cancer, a recent study suggests.

The finding stems from research that showed prostate patients scheduled for a type of surgery known as a prostatectomy, where the prostate is removed, reduced their levels of some disease-associated inflammation by drinking lots of brewed green tea in the weeks preceding the operation. And that reduction in inflammation may inhibit tumor growth, the researchers suggested.

Their results were presented at the American Association for Cancer Research's annual prevention conference in Anaheim, California.

The notion that the polyphenol compounds found in green tea might have a protective effect against prostate cancer has yet to be confirmed outside a laboratory setting. However, this latest report builds on previous Italian research that suggested that consuming green tea extract may help lower the risk that a precancerous condition will develop into full-blown prostate cancer.

And related research that was also presented at the cancer research conference suggested that the flavonoids found in fruits and vegetables may be associated with a lower risk of developing aggressive prostate cancer.

In this green tea study, men who drank the beverage for three to eight weeks prior to surgery experienced a noticeable drop in both serum prostate-specific antigen (PSA) concentrations and PSA protein expression by the time they went under the knife. The fall-off in such telltale signs of disease was accompanied by reductions in both disease-linked inflammation and oxidative DNA damage, the study authors said.

"To see this effect, you would need to drink a lot of green tea," stressed study author Susanne Henning, PhD, RD, adjunct professor with the University of California, Los Angeles David Geffen School of Medicine. "Two cups a day is not going to help. In fact, we had our men drink six cups spread out all throughout the day, which I think was beneficial because green tea polyphenols are excreted very rapidly, so if you drink it that way you keep your levels up. And that seems to be the important factor in keeping the protection going."

To explore the anticancer potential of green tea, the authors focused on 67 prostate cancer patients, all of whom were weeks away from surgery. About half the men were randomly assigned to a six-cup-a-day regimen of green tea leading up to surgery, while the others consumed water instead.

However, no notable difference was found between the two groups in terms of tumor cell growth.

Dr. Henning stressed the need for more research on the potential green-tea/prostate cancer connection, and her team is currently planning new animal investigations involving combinations of green tea and other natural foods.

While this research showed an association between green tea and prostate cancer, it did not prove a cause-and-effect link.

"Actually, several food agents have been under investigation for their protective impact," she noted. "Lycopene and omega-3 fatty acids, for example. So, I would say that if you have cancer and you want to make a decision about all of this, then think of incorporating all of those as a part of a lifestyle change. I know that if I were diagnosed with prostate cancer, I would try to change my lifestyle. And that would mean, in addition to eating lots of fruits and vegetables and trying to lose weight and exercising, that I would definitely drink green tea."

Mark Soloway, MD, professor and chairman emeritus of urology at the University of Miami Miller School of Medicine said that while drinking green tea probably does not have a downside, this "limited study" does not confirm its impact as a prostate cancer intervention.

"[There's] not much solid data to prove it," he said. "This is a small study, and it would take a longer study with hundreds of patients to prove its benefit."

Dr. Soloway also noted that the jury is still out on whether inflammation even plays a significant role in cancer development. "It is very much a question," he said. "Not proven at all."

But, he agreed that until larger studies come along to explore green tea's potential, it might be worth giving it a shot." 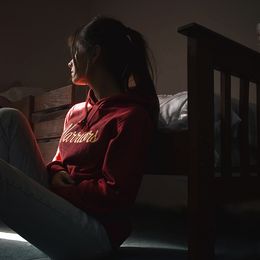 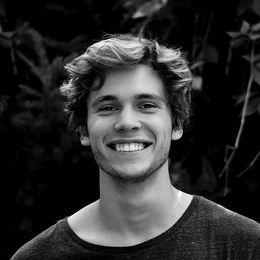