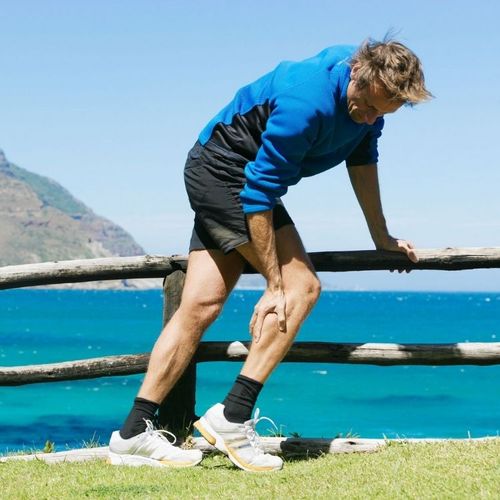 Do Your Muscles Cramp? You May Have Dystonia

The neurological movement disorder known as dystonia causes muscles to contract uncontrollably, making parts of the body twist or twitch repeatedly, sometimes freezing in odd or painful postures. Dystonia, which affects more than 300,000 Americans, is the third most common movement disorder (Parkinson's disease is the first...and tremor is the second).

Most people who have dystonia go from doctor to doctor for years seeking a proper diagnosis. For many people, the condition is an annoyance they learn to live with. But sometimes dystonia can keep sufferers from participating in their hobbies...threaten careers...or even cause serious disability.

Good news: Although much about the condition remains a mystery there are treatments that can vastly improve the lives of many sufferers.

When a single area of the body is affected, it's called focal dystonia. Writer's cramp (muscle contractions when you try to write) and occupational dystonia (muscle cramping that affects pianists and other musicians who use the same muscles repeatedly in their work are two types that are known to most people.

Other forms of focal dystonia include...

Dystonia can strike at any age. Some cases appear to have a genetic cause—those that begin in childhood or adolescence, in particular, often can be traced to a mutation in a single gene, DYT1. If you inherited this mutated gene, you have a 30% chance of developing dystonia.

Some dystonias are caused by medication, including antipsychotic drugs such as haloperidol (Haldol) fluphenazine...metoclopramide (Reglan), which is prescribed for digestive problems.. .and prochlorperazine, given for nausea. Neurological disorders, such as Parkinson's disease and stroke, may cause dystonia through their effect on the basal ganglia, clusters of nerve cells in the brain that are responsible for initiating and integrating movements.

Dystonia is a chronic disorder that cannot be cured, but treatment has been revolutionized by the use of botulinum toxin. Two types of botulinum toxin are FDA approved for treating dystonia, botulinum (Botox) and botulinum B (Myobloc). Botox also is commonly used by dermatologists to eliminate wrinkles, typically on the forehead and around the eyes, by causing temporary weakness to the muscles in those areas. When botulinum toxin is injected into specific muscles affected by dystonia, the abnormal movement can be largely diminished without causing paralysis. In some cases, improvements seem almost miraculous.

Example: At age 36,Leon Fleisher, a brilliant concert pianist, developed dystonia in his right hand. After 30 years of trying treatments that failed, botulinum toxin allowed him to again play with both hands.

Botulinum toxin typically remains effective for three to six months after an injection. Side effects can occur if the drug gets into the wrong muscle—an eyelid may droop, for example, or you could have difficulty swallowing.

Dystonia that remains disabling despite other treatments may respond to a technique known as deep-brain stimulation (DBS). With DBS, electrodes are implanted in the globus pallidus, a part of the brain that regulates movement. A small device installed under the skin near the collarbone delivers electric pulses to stimulate these areas of the brain. Like any brain surgery DBS carries some risk for complications, such as infection.

Another surgical procedure, selective denervation, is used for severe torticollis. Some nerves in the neck are cut, weakening muscles just enough to stop dystonia while preserving the capacity for normal movement.

Nondrug, nonsurgical approaches also may be effective for dystonia. Physical therapy can stretch and ease the discomfort of muscles tightened by dystonia and increase range of motion.

No one knows why, but dystonia also may respond to "sensory tricks." Stimulating the affected—or a nearby—body part can reduce abnormal movements.

Examples: For blepharospasm, touching the skin alongside the eye, or looking down rather than up, can be effective...for torticollis, some patients have learned that wearing a scafi helps keep the head in an upright position. 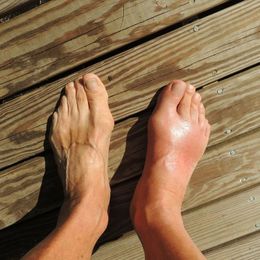 Help for Swollen Ankles and Feet 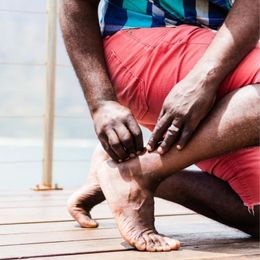