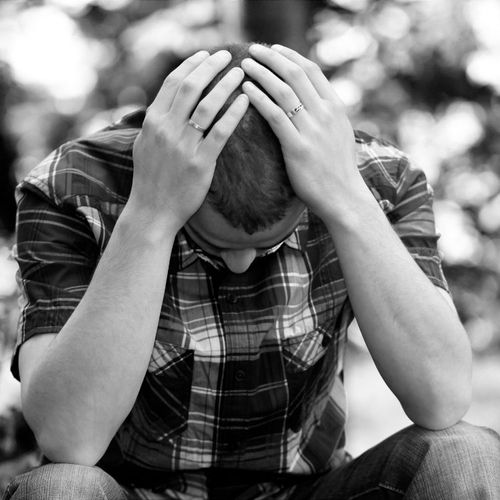 Depression is one of the most misunderstood health problems. Some people still stigmatize it as a "character flaw." Others romanticize it, claiming that it lends creativity, sensitivity-even wisdom.

However: Few people are aware that depression actually fuels the development of other serious medical conditions.

Unfortunately, the 19 million Americans who experience depression-and their families are paying the price for the misconceptions. Only one in eight depressed Americans gets treatment.

To learn more, we spoke with Dr. Peter Kramer, a renowned psychiatrist...

As a health problem, how serious is depression? In a very real sense, depression is the most devastating disease known to human kind-both in the developing world and industrialized nations. It is extremely widespread; it often strikes first in young adulthood or middle age and it frequently returns or becomes chronic. It robs more people of more years of active life than AIDS, heart disease or cancer. The disability that accompanies episodes of major depression is exceeded only in conditions such as dementia and quadriplegia.

And all this doesn't even take into account the effect that depression has on other diseases. Over the last 10 years, it's been firmly established that depression significantly raises the risk for heart attack and stroke, as well as accelerating bone loss and perhaps impairing immune function. Even if depression didn't cause terrible emotional suffering, it would be important to treat it for these medical reasons.

There's also evidence that certain physical conditions and medical treatments can cause depression. In older adults, for example, tiny strokes that cause changes to the prefrontal cortex-a part of the brain that seems to be involved in depression-can lead to depression symptoms, such as altered sleep and appetite and impaired self-image. Some doctors call this "vascular depression."

Thyroid disorders that affect hormone levels can be a direct cause of depression, while painful ailments, such as rheumatoid arthritis, can be an indirect cause. Fortunately, these types of depression are quite treatable with medication and other therapies. Drugs, such as the cancer medication interferon, steroids and some antihypertensive, can induce very severe depression.

Isn't depression a type of mental illness? Research in the last decade has found that depression is associated with physical changes in the brain, similar to those that might occur with any neurological disease, such as epilepsy, Parkinson's or Alzheimer's. Depression causes atrophy-that is, brain cells die-and a loss of connections between brain cells. The longer the depression persists-or goes untreated-the greater the damage.

One study conducted by researchers at Washington University in St. Louis found that the hippocampus-a brain region linked to memory-was smaller in women who had a history of depression. The longer they had the disease without treatment, the greater the shrinkage. Their loss of memory was proportional to the time they had spent depressed.

Can treating depression reduce the risk for heart attack, stroke and other related illnesses? The evidence isn't as strong as we'd like, but some research does suggest that this is true. A recent study of 1,834 patients who had had a heart attack and were depressed found that the risk of death or a second heart attack was approximately 40% lower in the patients who were prescribed an antidepressant.

Among stroke patients, one study conducted in Denmark showed that those who did not take an antidepressant were two to three times more likely to have another stroke within the next year.

How effective are the current treatments for depression? The prescription antidepressants we have today are far from perfect, but they work pretty well. Approximately 80% of patients who are treated properly get substantially better. But all researchers agree that depression is underdiagnosed and undertreated. Most people still don't get the treatment they deserve.

Aren't many people wary of antidepressants because of side effects? Yes. However, while side effects do occur, they are usually well tolerated compared with the side effects of many other medications. For someone who has major depression, minor side effects are tolerable. Although rare, antidepressants have been known to induce suicidal thoughts. (For more information on the link between antidepressants and suicide, see page 118.) When you start taking a new antidepressant, you should follow up with your doctor consistently.

How depressed do you need to be for treatment to make sense-and how do you gauge this? Many more people should be evaluated for depression than currently are. Minor, or low level, depression is just like major depression but with less intensity. There are many advantages to being assessed by a mental health professional to determine if you need treatment.

Does depression ever mimic other illnesses? Yes. Some people may have a type of depression, often called pseudodementia, that has the pattern of a dementia illness. It resembles late-stage Parkinson's disease, resulting in problems in motivation, memory, concentration and word finding. Patients don't feel sad, but they do respond well to antidepressants.

What should a person who has depression do to get help? If you think that you-or someone close to you-might be depressed, act as you would for any serious disease and get professional help from a doctor or mental health professional. If you're under treatment for depression, expect to see some sign that it's working. If you are using antidepressants and/or psychotherapy, you should start feeling at least somewhat better after four to six weeks. Don't settle for halfway-once you begin to improve, stay with the treatment until you and your doctor agree that you have achieved optimal results. 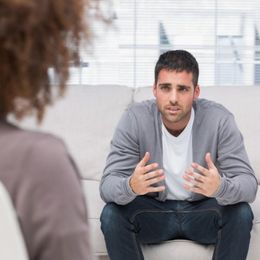 Depression May Be Genetic 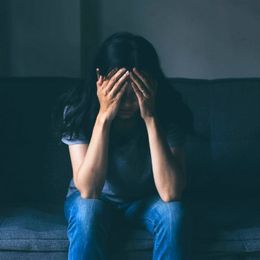