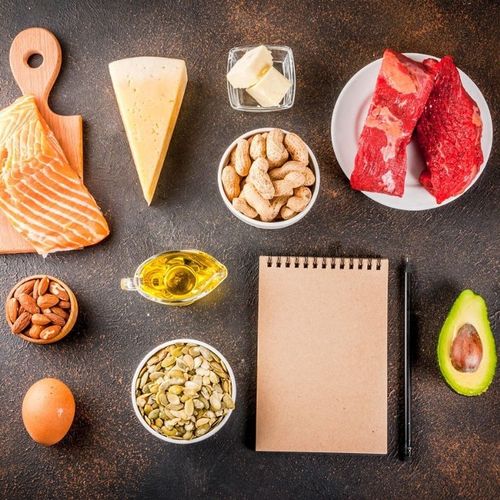 Delicious Ways to Cut Back on Carbs

To lose weight and help control elevated blood sugar, many people resort to ultralow-carb diets-only to find them boring and hard to sustain for the long term.

Good news: A reduced-carb diet-done right-can be satisfying and delicious while providing many of the benefits of low-carb plans.

If you're reducing carbs by simply avoiding refined and processed carbs, such as sugar and white flour, that's a huge accomplishment. But there may be more that you can do.

For example, many carb reducers still tend to overdo portions of starchy foods (such as bread, cereal and rice) and starchy vegetables (such as potatoes and com).

Even though it's a good rule of thumb to limit starchy foods to no more than one-fourth of your plate, you don't have to feel deprived of all higher-carb foods. Just choose them carefully, and you'll be amazed at how tasty your meals can be.

What to do: When you do eat higher-carb foods, it's wise to opt for those with a low glycemic index (GI). Low-GI carbs are absorbed into the bloodstream slower than those with a high GI, which helps prevent spikes in blood glucose. Pasta, oatmeal, barley, bulgur wheat, dried beans, sweet potatoes, berries, apples, milk and yogurt are examples of low GI foods.

Good news: Within a week or two of reducing your carb intake, many people find that their cravings subside-and that big bagel or ultra-sugary cookie is a lot less appetizing.

Best ways to eat a variety of delicious meals while also reducing your carb intake...

What to avoid: Cereal, toast and juice-a common but very high-carb breakfast.

Good choice: A yogurt parfait. Layer Greek style yogurt (which is lower in carbs and higher in protein than regular yogurt) with fresh berries and a sprinkling of walnuts. Or use cottage cheese instead of yogurt.

Tea or coffee without sugar are fine. If you like, add a bit of low-calorie sweetener such as stevia or a splash of milk.

What to avoid: A sandwich on "big" bread (such as a large bagel or sub roll), chips and sweet tea.

Good choice: A sandwich made with bagel thins or a reduced-carb wrap (such as Flatout Flatbread or a Toufayan multigrain wrap) instead of regular bread.

Add a lean protein filling, such as tuna, turkey or chicken, and pile on vegetable toppings. Pair your sandwich with a cup of vegetable soup, garden salad or fruit cup.

Best bets for beverages: Have some iced tea flavored with mint or lemon instead of sugar. Sparkling mineral water with lemon or lime is another good choice.

Milk is also relatively low-carb (12 g per glass), and it has a low GI-be sure to choose low-fat to save calories. Nondairy options such as plain soy milk and almond milk are fine as well.

What to avoid: Pasta and bread. Although pasta is low-GI, many people overdo portions and make matters worse with extra carbs in the bread.

Good choice: Try a reduced-carb personal pizza. Top a round of whole-grain pita bread with marinara sauce, part-skim mozzarella cheese and your favorite toppings (I like turkey "pepperoni," olives, mushrooms, onions, roasted red bell peppers, cooked spinach and/ or artichoke hearts). Bake at 400° F for eight to 10 minutes. Add a big side salad topped with lots of colorful vegetables.

What to avoid: High-sugar, flour-based desserts, such as cake and cookies.

Good choices: Fruit pies with low-sugar fillings and whole-grain crust (see next column) .. .fruit crisps made with oatmeal and nut toppings. Try replacing half or more of the sugar in fruit pie and fruit crisp recipes with stevia or sucralose. A reduced-carb pumpkin pie is also delicious.

1. Preheat the oven to 400° F. Prick several holes in the crust with a fork, and bake for five minutes. Remove from the oven, and set aside.

2. Place the pumpkin, honey, sugar substitute, pumpkin pie spice, salt and vanilla in a large bowl, and stir with a wire whisk to mix well. Whisk in the evaporated milk and then the egg substitute or eggs.

3. Pour filling into the crust, and bake for 15 minutes. Reduce heat to 350° F, and bake for about 35 minutes more or until a sharp knife inserted near the center of the pie comes out clean. Cool to room temperature and refrigerate until ready to serve.

1. Place the flour, oats, baking powder and salt in a medium bowl, and stir to mix well. Add the oil and milk, and stir until the mixture is moist and crumbly and holds together when pinched. Add a little more milk, if needed. Set aside.

3. Coat a nine-inch pie pan with cooking spray. Carefully peel off the top sheet of waxed paper, and place the other sheet, crust side down, over the pie pan. Peel away the waxed paper, and press the crust into the pan. 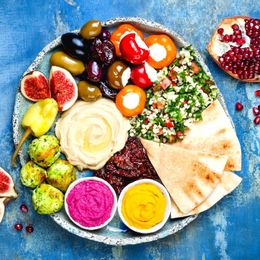 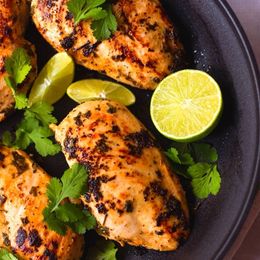