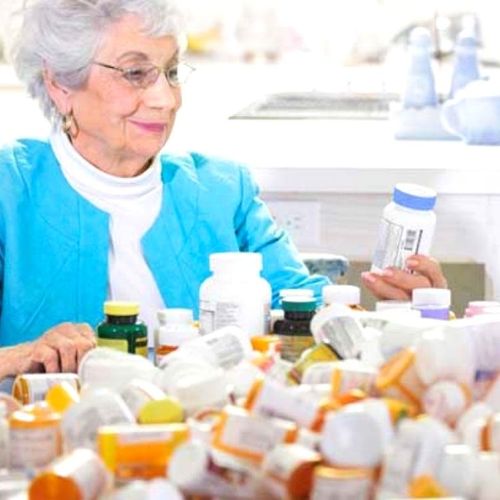 Modern medications are so powerful that they both save lives and endanger them. After age 50, just when people are most likely to take several medications prescribed by multiple health professionals who often don't communicate with each other, they become increasingly vulnerable to adverse drug reactions.

Examples: Diuretics (water pills), such as hydrochlorothiazide and furosemide (Lasix), to reduce fluid retention and blood pressure... oral anticoagulants (blood thinners), such as warfarin (Coumadin), to limit clotting after a heart attack or stroke.

An often-quoted study published in the Journal of the American Medical Association found that in the US, more than 2.2 million people a year have serious adverse reactions to prescribed drugs and 100,000 of them die, making drug interactions one of the leading causes of hospitalization and death. Watch out for these...

Solution: Ask your doctor or pharmacist which foods might affect the actions of your medications and how.

Although taking drugs with a meal may reduce stomach upset, food may delay the drug's absorption, alter its characteristics or make its actions less predictable. Speak up—ask whether this applies to any medication you take.

Danger: Alcohol is a major ingredient in many liquid medications, especially cough syrup.

Self-defense: Find out which potential interactions apply to each medication you take now...and whenever a new one is prescribed, ask your doctor and/or pharmacist which drugs or foods not to take with it. Perhaps just separating the food and the drug by two or three hours would be safer.

Over-the-counter (OTC) drugs can wreak as much havoc as prescription drugs.

Examples: Antacids, antihistamines and heavy use of nonsteroidal anti-inflammatory drugs (NSAIDs), such as aspirin and ibuprofen (Advil, Motrin). According to an estimate by James Fries, MD, of the Stanford University School of Medicine, NSAID-induced gastrointestinal bleeding sends about 76,000 Americans to the hospital each year...and kills about 10% of them.

Antacids (Milk of Magnesia, Tums, Amphojel) can reduce the effectiveness of antibiotics, such as tetracycline and ciprofloxacin (Cipro)...antihypertensive drugs, such as propranolol and captopril (Capoten)...and heartburn drugs, such as ranitidine (Zantac) and famotidine (Pepcid AC). But antacids can also increase the potency of valproic acid (Depakote/Depakene), for seizures and bipolar disorder...sulfonylurea (Glucotrol), for diabetes...quinidine (Quin-Release), for arrhythmias...and levodopa, for Parkinson's disease.

The older (first-generation) antihistamines, taken widely for allergies, colds and flu, can have dangerous interactions when taken with other drugs that cause drowsiness, such as antidepressants, alcohol, pain relievers, muscle relaxants and medications for seizures or anxiety.

Examples: Brompheniramine (in Robitussin Allergy & Cough) and doxylamine (in NyQuil). The examples listed above are drops in the bucket. Check your own medications.

Some drugs can drain certain vitamins from the body. If these vitamins aren't replaced, resulting symptoms may mimic those of dementia or other age-related conditions.

More than 7,000 deaths in US hospitals were caused by medication errors in a single year, according to a maior report published by the Institute of Medicine.

As it happens, the drugs found by the United States Pharmacopoeia* to be most frequently implicated in medication errors are commonly taken by seniors.

Examples: Insulin (for diabetes)...warfarin and heparin (to control clotting, such as in cardiovascular disease)...albuterol (Proventil, for asthma or bronchitis).

The Joint Commission asked hospitals to start providing every hospital patient with a list of all his/her prescribed medications and instructions for taking new ones. Patients, the Joint Commission said, should be encouraged to show the list to everyone providing care in the hospital, atany follow-up facility and after going home.

Have an advocate—a family member or friend—with you when you're in the hospital. Anyone hospitalized in my family is attended by a relative night and day.

Potentially fatal danger: Poor communication about meds when a patient is moved, such as from a critical-care unit to a general medical unit or from one health-care facility to another...or when nurses or other caregivers change shifts.

Self-defense: If you don't get a list from the hospital, maintain and hand out a list of your own. A free form is available online from The Joint Commission at www.jointcommission.org.

*The nonprofit public standards—setting authority for prescription and OTC medicines, dietary supplements and other health-care products made and sold in the US.

Also, question every drug you're given by anyone, anywhere, anytime.

For the most expert care, find a geriatrician—a physician specializing in seniors' medical needs. Medication needs differ as we age.

Example: A child's dose of digoxin (Digitek), used for congestive heart failure and other cardiac conditions, may be sufficient after age 65.

Once you've agreed on which ones, if any, to change or drop, make a list of the ones remaining. Include the drug name, dose (amount and interval) and the name, specialty and phone number of the health professional who prescribed it. With every change, update the file.

Example: Coumadin, a brand-name product of the blood thinner warfarin, comes in nine doses. Is yours correct?

Before taking a new drug, read the side effects and interaction warnings in the patient information enclosure. Print too small? Tirpe the drug name into Google or another search engine to find the manufacturer's Web site. 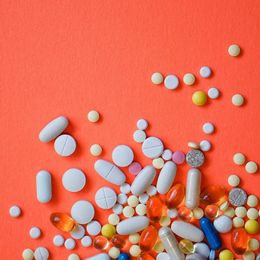 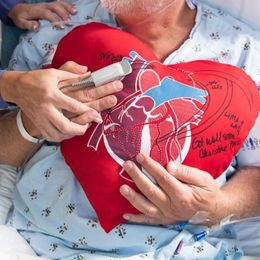