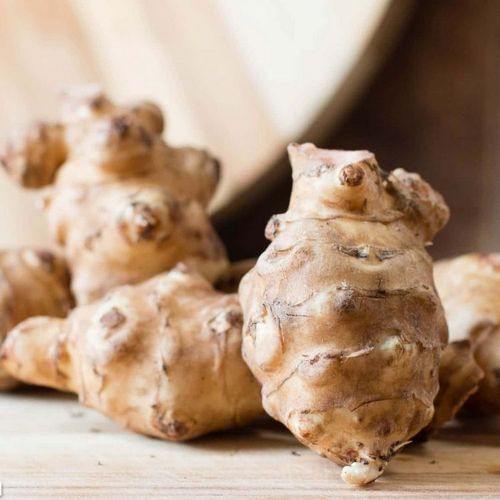 The sunchoke looks like the love child of a potato and a piece of ginger. But this gnarled and knobby root vegetable has its own irresistible flavor... slightly nutty, crisp like jicama or water chestnut, with a hint of artichoke flavor that becomes more intense when cooked. If you're a veg-head, it's a fun addition to your daily menu.

Although nutritionists know that the sunchoke-a root vegetable also known as the Jerusalem artichoke-is great for glucose control, scientific studies to back up this idea have been few and far between. Now, a team of researchers from Japan has demonstrated that sunchokes may help prevent type 2 diabetes and fatty liver disease (a condition that often goes with diabetes and that can lead to life threatening liver cirrhosis and hepatitis). But even if the researchers' claim is too ambitious, there are plenty of reasons to get familiar with sunchokes, their many health benefits and delicious recipes.

The Japanese researchers fed rats a diet that was either 60% fructose (fruit sugar) or 60% fructose and 10% sunchoke powder to see whether sunchokes could prevent diabetes in the rodents. That is, they regularly fed the rats lots of sugar to get their blood sugar levels to spike (hyperglycemia) and their innate blood sugar controller-their insulin-producing pancreas-to malfunction. After four weeks of these diets, the blood and livers of the rats showed that, although signs of diabetes and fatty livers developed in all of them from all that fructose, the effects were milder in the rats that were also eating sunchokes. The sunchoke eaters did so much better, in fact, that the researchers suggested that at least 10% of the daily diet of people at risk for diabetes and fatty liver disease should consist of sunchokes.

A 10%-sunchoke-per-day diet seems a bit much. Tamara Duker Freuman, RD, CDN, registered dietitian and clinical preceptor for the Dietetic Internship Program at Columbia University's Teacher's College, agrees, noting that similar tests would need to be performed in humans to really know whether eating sunchokes could similarly lessen risk of diabetes in people, and if so, how much would be needed to cut diabetes off at the pass. Besides, rather than overloading your diet with sunchokes in quest of glucose control, it would be more reasonable to simply add them, in moderation, to the list of healthful nondrug food and remedies that you already know help prevent diabetes.

"Sunchokes have a low glycemic index, which is why they are considered to be a great food choice if you have diabetes-they don't cause blood sugar to spike. The new research from Japan, however, is suggesting that sunchokes work on a metabolic level to help prevent diabetes and fatty liver disease," Freuman explained. "That's an ambitious claim." Until human studies can confirm the findings of these Japanese researchers, Freuman offered these health-boosting reasons to enjoy the little tubers.

Sunchokes are the tuberous root of a type of sunflower that's native to North America. They provide generous amounts of iron and potassium and help the body absorb certain minerals, such as calcium... and they are rich in fiber, which helps prevent certain types of cancer, such as colon cancer.

In fact, sunchokes are packed with an important type of fiber called inulin, which is a prebiotic. "Inulin is a carbohydrate, but because your body can't digest it, it doesn't affect your blood sugar," said Freuman. This characteristic gives the sunchoke its low glycemic effect. But even though you can't digest insulin, the healthful probiotic bacteria in your gut feast on it and, in fact, need it to provide their health benefits to you, explained Freuman.

But inulin does have one unfortunate downside-which also puts a crimp in the advice of the Japanese researchers to load your daily diet with sunchokes. Eating too much inulin-more than 10 grams a day-can make you gassy. Since one-half cup of sunchokes has 18 grams of inulin in it, Freuman suggests eating no more than one-quarter cup at a time if you are new to this root vegetable but want to add it to your diet. Within six to eight hours-the amount of time it takes for the sunchokes to travel from your mouth to your colon-you'll know whether your body tolerates the inulin well or not. As your body gets used to this new food, you may be able to increase how much you eat without the gassy side effect.

Freuman also finds that cooking sunchokes, rather than eating them raw, lessens the insulin's gassy effect. So instead of chomping on your first chokes raw, try some of these ways to prepare them (no need to peel the sunchokes-just scrub them well)...

• Roasted Sunchokes. Roughly cut sunchokes into one-inch chunks, and toss them in olive oil and salt. Roast at 400°F for about 40 minutes until they are tender and golden brown.

• Sunchoke Chips. Slice the chokes thinly using a mandoline or sharp knife. Toss the slices in oil, salt, pepper and any of your favorite spices-these are especially yummy with garlic powder and thyme-and spread them in a single layer on a baking sheet. Bake at 400°F for 15 minutes, flip them over and bake for another 10 to 15 minutes or until crisp. These chips are addictive, so don't dive into a giant batch until you've made friends with inulin!

• Sunchoke Mash. Steam or boil sunchokes as you would potatoes, and season them with butter, salt and pepper. Or boil and mash them with potatoes to add a new taste sensation to an old standard.

• Sunchoke Soup. After roasting sunchokes, simmer them in a saucepan with onions and garlic sauteed in olive oil along with broth or water. Season with thyme or rosemary. Stir in one-quarter cup of milk, cream or yogurt. Then puree.

• Sunchoke Salads and Snacks. Slice or shave raw sunchokes, and add to salads (toss them in lemon juice or vinegar first, since the cut sides will discolor) or just eat out of hand.

So, certainly, if you are looking for new healthy foods to keep your blood sugar on an even keel as well as optimize the health of your friendly gut bacteria, look for sunchokes at farmers' markets and your grocery (they are in season from late fall to early spring). 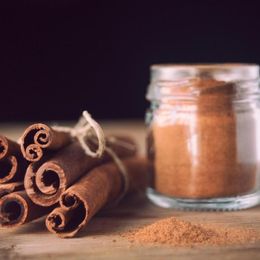 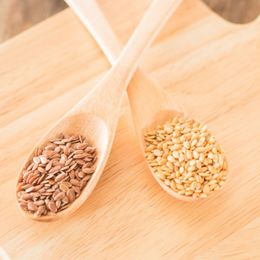