Diarrhea—bowel movements that are looser and more frequent than usual—is the second most common medical complaint (after respiratory infections) in the US.

Most people associate a bout of diarrhea with avtal infection or food poisoning.

Now: Researchers are identifying new—and sometimes surprising—triggers, including the use of some medications.

Latest development: The Journal of the American Medical Association recently published a study that links the use of acid-lowering heartburn drugs, such as omeprazole (Prilosec), lansoprazole (Prevacid) and ranitidine (Zantac), to increased infection with the bacterium Clostridium difficile—a cause of severe and persistent diarrhea.

In an unexpected finding, the same researchers identified an association between diarrhea and regular use of nonsteroidal anti-inflammatory drugs (NSAIDs). More study is needed to confirm this NSAlD-diarrhea link.

What's left of food after most of it has been digested reaches the large intestine as a sort of slurry. There, the body absorbs water from this material, creating a solid mass to be excreted. Normal stool is 60% to 90% water. Diarrhea occurs when stool is more than 90% water.

When stool does not remain in the large intestine long enough, it is excreted in a watery form. This "rapid transit" diarrhea can be caused by stress, overactive thyroid (hyperthyroidism) and certain drugs, such as antacids and laxatives that contain magnesium, and chemotherapy for cancer.

Other types of diarrhea...

Large amounts of certain fruits and beans as well as sugar substitutes (sorbitol and xylitol) that are used in some brands of fruit juice, chewing gum and candy are common causes of osmotic diarrhea.'When the diarrhea sufferer stops eating the offending food, the condition stops.

Lactase deficiency—a lack of the enzyme needed to break down milk sugar (lactose)—is another cause of osmotic diarrhea. Most people know if they have this deficiency and avoid milk products.

Osmotic diarrhea also may develop in people taking antibiotics. That's because the drug eliminates beneficial bacteria that live in the intestinal tract, allowing harmful bacteria to proliferate. These microorganisms normally help the body process and absorb the small amount of food that hasn't been digested yet. Diarrhea usually develops within a few days of treatment. If it's bothersome enough, your doctor may prescribe a different antibiotic.

More rarely, diarrhea develops toward the end of antibiotic treatment—or even up to a month later. This may be caused by C. difficile or another bacterium that can flourish and cause inflammation of the large intestine when beneficial bacteria are eliminated.

Helpful: This infection is usually treated with the antibiotics vancomycin (Vancocin) or metronidazole (Flagyl).

With food poisoning, excess secretions are stimulated by chemicals produced by bacteria that have contaminated something you ate. This diarrhea usually lasts for 12 to 24 hours and stops without treatment. If it persists, your doctor may order tests, such as stool cultures, to determine whether a virulent bacterium, such as Salmonella, Shigella or Campylobacter, is involved and will require medication.

Travelers' diarrhea has a similar cause. The culprit is generally a mild strain of a toxin-producing bacterium, such as Escbericbia coli, that is present in food and/or water. Natives of the region you're visiting have been exposed to the microorganism for years and usually are immune to it. You're not. Traveler's diarrhea typically goes away within one to two days.

An antibiotic is sometimes used to treat abac' terial infection. Medication, such as the corticosteroid prednisone, and sometimes surgery are used to treat the inflammatory conditions.

Seek medical attention if any of these danger signs appear...

In some cases, diarrhea can be a sign of a serious infection and should be treated by a doctor. Even though most types of diarrhea run their course within a few days, the following steps can hasten the process and ease your discomfort...

For other mute diarrhea, follow the “BRAT” diet: bananas, rice, applesauce and toast. Bananas and applesauce contain pectin, a water-soluble substance that helps firm up the stool...the carbohydrates in white rice and white toast are easy to digest. If you eat other foods, stick to small portions and avoid dairy products.

Yogurt is an exception. If it's made from live and active cultures, such as Lactobacillus bulgaricus and Streptococcus thermophilus, yogurt may replace beneficial bacteria in the colon, helping to relieve antibiotic-related diarrhea.

When the diarrhea subsides, return to your normal diet cautiously. For the first few days, avoid fatty foods (they're harder to digest).

Important: Drink 64 ounces of fluids daily to replace what you're losing. Choose weak tea, water and/or small amounts of clear juice or soda, such as apple juice or ginger ale.

If diarrhea is severe: Drink "replacement fluids," such as Ceralyte, Pedialyte or Enfalyte. These contain salt and simple sugars that help the body retain water. Diarrhea-related dehydration isn't a danger for most adults, but it is a danger for children and many adults over age 65. Young children do not have as large a reserve of water in the body as healthy adults. Older adults may have heart or kidney disease, which can be exacerbated by dehydration. 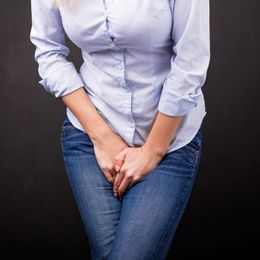