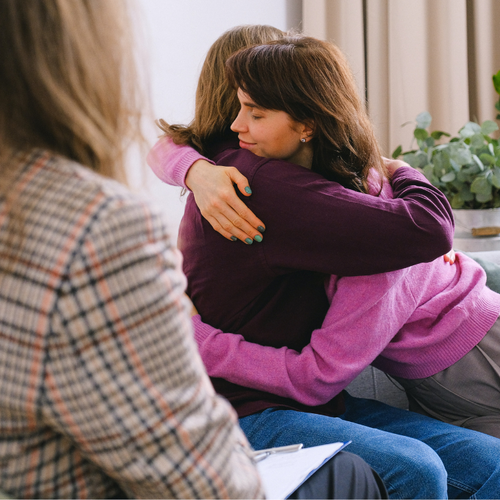 Choosing the Best Psychotherapy for You

Research has shown that emotional problems can be just as disabling—and deadly—as physical illnesses. Depression, for example, can worsen a variety of serious health ailments such as heart disease, diabetes, arthritis and asthma.

Latest development: A US law has recently been passed that requires health insurers to provide equal coverage for the treatment of physical and emotional problems beginning in 2010. This change will allow more people to afford psychotherapy.

Psychotherapy involves communication between a therapist and the person seeking help, usually in a series of weekly individual sessions ($75 to $200 each, depending on the part of the country where you live) that typically last 45 to 50 minutes each.

Important: You are most likely to get good results from psychotherapy if you work with a competent therapist who makes you feel understood and accepted. A recommendation from a physician, trusted friend, relative or member of the clergy is often helpful.

In many states, anyone can call himself/herself a therapist, but only licensed practitioners are sure to have appropriate training and qualifications. Clinical psychologists (who hold an advanced degree, such as a doctor of philosophy, PhD, in psychology or a doctor of psychology, PsyD)...social workers (who hold a master's degree in social work with an emphasis in clinical approaches)...and psychiatrists (medical doctors who can prescribe medication)-among many other practitioners—all can be licensed to practice psychotherapy.

To verify that a therapist is licensed by the professional body that governs his specialty, contact your state's health department.

Most therapists specialize in a particular type of therapy or a combination of therapies.

Best types of therapy include…

Main premise: Psychological problems are tied to irrational beliefs and thoughts-for example, a depressed person thinking that everything in his life is bad. When the irrational beliefs are replaced with more realistic ones, symptoms typically improve.

Main premise: Difficulties in the present are rooted in feelings and actions from your earlier life.

What it's good for: Difficulty forming or maintaining relationships and interpersonal conflict at work or with friends or family members.

Typical duration: Because patterns that are identified in psychodynamic therapy can be subtle and elusive, it may last for six months to two years or more.

Main premise: Psychological problems result from difficulties in connecting and communicating with other people.

What it's good for: A person who lacks satisfying relationships or is adjusting to life changes (divorce or job loss, for example).

Typical duration: IPT generally adheres to a timetable, such as 12 to 16 weekly sessions, established at the onset of therapy.

Even though most psychotherapy occurs in individual sessions with the patient and a therapist, there are other settings in which the therapies described earlier may be used alone or in combination.

Among the most common…

What it's good for: A specific problem that participants share—such as anger, a phobia, panic attacks, social anxiety or grief.

Typical duration: Groups that focus on problems that are shared by its members (such as those described above) are likely to be limited to 12 to 20 sessions. Other groups, which tackle long-standing issues, such as emotional isolation or excessive dependency, can go on indefinitely. Members may stay for several months or years and then be replaced by new members. Sessions generally last 60 to 90 minutes for both types of groups.

Important: Insurance often does not cover group therapy, which typically costs 50% to 75% of the cost of individual therapy.

What it's good for: Any issue in which the resources of an entire family can be tapped to address the problems of a member, including an adult child, a grandparent or a divorced spouse. Family therapy also can help families deal with the serious illness or death of a member.

Typical duration: Twelve to 20 weekly sessions. The cost of family therapy, which is covered by some insurance plans, is determined by the length of the session (typically 90 to 120 minutes each).

What it's good for: Marital crises (such as infidelity) or frequent fighting, particularly when the same issues come up repeatedly.

Typical duration: Weekly sessions for 20 weeks to a year.

Do You Need Medication?

Medication should be considered when symptoms, such as depression or anxiety, are severe enough to interfere with your ability to function-particularly if therapy alone hasn't resolved your difficulties. In some cases, medication enhances the effectiveness of psychotherapy-and vice versa. Medication can be prescribed by a psychiatrist, psychiatric nurse or primary care physician.

In a study of 32 people who were dissatisfied with their lives (some had been diagnosed with depression), those who attended weekly two-hour group "hope therapy sessions (focused on identifying and reaching goals) for eight weeks had better self-esteem and fewer depression symptoms than those who did not attend the sessions.

Theory: When people learn to be more hopeful, their lives improve

Free Yourself from Negative Feelings!

Get Much Needed Counseling for Lots Less 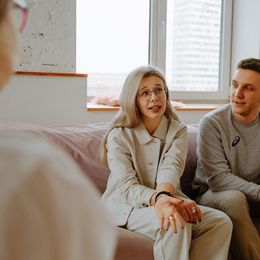