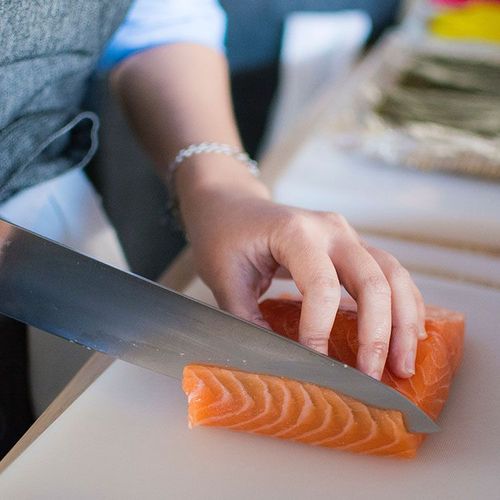 Anyone who suffers from the wheezing, coughing and chest tightness caused by asthma knows all too well that conventional doctors typically treat these troublesome symptoms with prescription medication, such as steroids and bronchodilators (both available in inhalers and pills).

Problem: Long-term use of prescription drugs does nothing to solve the underlying causes of asthma (a disease of the lungs in which the airways become narrowed or blocked, resulting in breathing difficulties).

What's more, research shows that asthma medications can lead to dangerous side effects, including osteoporosis (from steroids) and heart damage from bronchodilators, which accelerate the asthma sufferer's heart rate).

Latest development: Exciting new research confirms that asthma can be controlled with non-drug treatments, thereby reducing—or even eliminating—the need for medication. Here's how…

*Consult your doctor before trying any non-drug therapies for asthma.

Scientific evidence: In a three-week study, researchers at Indiana University followed 16 adults who had exercise-induced asthma (narrowing of the airways during and after vigorous exercise). Participants were given either a daily placebo capsule or fish oil capsules containing two types of omega-3 fatty acids—eicosapenlaenoic acid (EPA) and docosahexaenoic acid (DHA).

Self-defense: Take a daily fish oil supplement, with a total of 1 g to 2 g of DHA and EPA. Benefits typically begin after a few months but may occur in as little as three weeks.

Caution: This dosage can have blood-thinning effects. If you take daily aspirin or a blood thinner, such as warfarin (Coumadin), be sure to consult your doctor before trying fish oil supplements

Magnesium. This mineral is considered a natural bronchodilator because it relaxes the muscles of the bronchial tubes that line the air passages.

Scientific evidence: In a two-month study, researchers in Brazil gave 37 asthmatic children and adolescents daily doses of either a placebo or 300 mg of magnesium. Those receiving magnesium had fewer bronchial spasms and asthma attacks, and used less asthma medication.

Self-defense: Take 250 mg to 500 mg of magnesium daily. Exceeding this dosage of magnesium can cause bloating, gas and diarrhea. Taking a calcium supplement (double the daily magnesium dose) can enhance absorption of both minerals. To ensure proper absorption of calcium, take no more than 500 mg of the mineral at a time.

Scientific evidence: Researchers in Slovakia gave 41 adult asthmatics who took steroids either a placebo or a daily dose of 120 mg of CoQ10. After 16 weeks, the asthma patients who took CoQ10 used fewer steroids.

Self-defense: Taking 100 mg to 120 mg of CoQ10 daily may be helpful—whether or not you take steroids.

Reliable brands of fish oil, magnesium and CoQ10: Allergy Research and Cardiovascular Research (both available on the Internet) or Emerson Ecologics (available at holistic doctors' offices).

Important: If you use both medications and nutritional supplements to treat your asthma, take them at least one hour apart to enhance the absorption of both.

Scientific evidence: Researchers analyzed dietary data from nearly 69,000 women and found that those with the highest intake of antioxidant-rich vegetables, such as carrots and leafy greens, had the lowest incidence of asthma.

Self-defense: Each day, eat a variety of antioxidant-rich foods, including fruits...leafy, dark green vegetables, such as spinach and kale...as well as carrots, winter squash and other colorful vegetables rich in carotenoids a family of protective antioxidants that includes beta-carotene). Aim for five to six one-half-cup servings daily of these vegetables and fruits...and juices made from them.

Breathing exercises have been shown to reduce the need for bronchodilators in people with asthma. However, few physicians are aware of the benefits, so most patients are not encouraged to try breathing exercises.

Scientific evidence: When researchers taught 57 asthmatics breathing techniques, which they practiced twice daily for 30 weeks, their use of short-acting bronchodilators declined by 82%.

Self-defense: To strengthen the lungs, prevent an asthma attack and/or help stop an attack in progress, try breathing exercises.

What to do: While sitting, place one hand on your stomach, with the palm open. Use this hand to feel your abdomen rising and falling as you breathe. Use the thumb of the other hand to feel for the pulse point of the wrist that is on your stomach. Let yourself relax.

Next, synchronize your breathing with your heart rate. Breathe in through the nose, with the pulse...breathe out through the mouth, with the pulse. Blow out through pursed lips to create a mild resistance that improves the tone and function of the diaphragm, a muscle that plays a key role in breathing. Perform for 10 to 15 minutes, twice a day-or any time you're starting to have an asthma attack.

Caution: If you are experiencing a serious asthma attack, this breathing exercise may not be effective, and you may need to use medication But in almost all other cases, this exercise can help regulate respiration.

The National Institutes of Health recognizes acupuncture as a treatment for asthma. Thousands of years of anecdotal evidence from China also confirms that acupuncture works, perhaps by balancing fundamental but unseen energy flows that affect the body.

Scientific evidence: Researchers in Beijing divided 104 asthmatics into two groups, giving one group 10 sessions of acupuncture and medications, while the other group received only medications.

Those receiving acupuncture had significantly greater improvement in their asthma symptoms and more breathing capacity. Six months later, the acupuncture group had suffered fewer asthma attacks, and had reduced their medication dosages by as much as one-third.

Self-defense: Try six to 10 initial acupuncture treatments, followed by additional treatments, if necessary. To find a qualified acupuncturist near you, consult either the American Association of Oriental Medicine at 866-455-7999, www. aaom.org...or the American Academy of Medical Acupuncture at 323-937-5514, www.medicalacupuncture.org.

reathing exercises, including shallow nasal breathing with slow exhalations, were taught by video to 57 people who used daily inhaled corticosteroids plus as-needed reliever medication a short-acting bronchodilator) at least four times a week for mild asthma.

Result: After 28 weeks, patients had reduced the use of reliever medication by 82% and steroids by 50%. 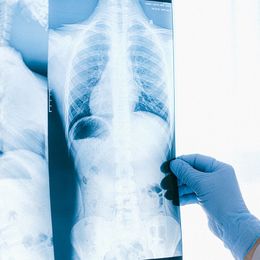 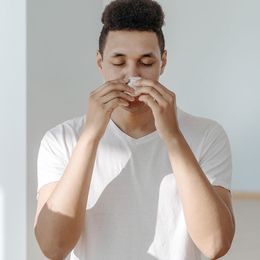