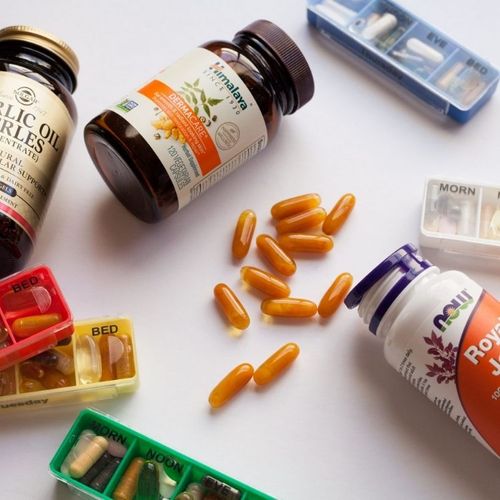 If you're among the millions of Americans taking medication for serious conditions, you may be able to maximize the benefits...curb the side effects...and maybe even lower the dosages of your drugs by combining them with the right supplements.

Important: Consult your doctor before adding a supplement to your drug regimen. Some supplements can interact adversely with medications—for example, some research shows that fish oil can reduce the time it takes for blood to clot and should be used with caution by people taking a blood thinner, such as warfarin (Coumadin).

Supplements (available at health-food stores) to consider using if you are taking any of the following...

Supplement with: 1,000 milligrams (mg) to 2,000 mg daily of eicosapentaenoic acid (EPA), an omega-3 fatty acid found in fish oil. (Ask your doctor which dosage is right for you.)

What it does: Omega-3s are believed to enhance the ability of the brain chemical serotonin to act on the nervous system. In a recent British study, when depressed patients who were taking a prescription antidepressant, such as fluoxetine (Prozac) or sertraline (Zoloft), added 1,000 mg of EPA to their daily regimen for 12 weeks, they reported significantly less depression, anxiety and suicidal thoughts, as well as improved sleep, libido and energy.

Also try: 500 micrograms (mcg) daily of folic acid, which promotes proper functioning of the nervous system. Low levels of folic acid have been linked to depression.

Harvard Medical School researchers report that depressed patients who had achieved remission with fluoxetine were 13 times more likely to relapse during a six-month period if they had low blood levels of folic acid.

Caution: Supplemental folic acid may mask a vitamin B-12 deficiency, which can lead to nerve damage. Take a 500-mcg to 1,000-mcg B-12 supplement daily to prevent worsening of a B-12 deficiency.

What it does: Studies show that DGL may reduce or prevent the gastrointestinal (GI) inflammation, bleeding and ulcerations caused by aspirin and other nonsteroidal anti-inflammatory drugs (NSAIDs)—both prescription and over-the-counter.

Caution: Whole licorice extract also protects the stomach, but it contains glycyrrhetinic acid, which even in small doses may raise blood pressure. Stick with DGL.

Meanwhile, the amino acid glutamine, long used to help heal ulcers, may decrease the intestinal toxicity of other NSAIDs.

What it does: GLA, an omega-6 fatty acid derived from evening primrose oil or borage oil, may inhibit production of leukotrienes,molecules that trigger inflammation and constriction of the bronchial airways. The asthma drug montelukast (Singulair) also works by inhibiting leukotrienes.

Important: Most omega-6 fatty acids (including those found in many processed foods) increase inflammation, unless they're balanced by sufficient amounts of anti-inflammatory omega-3s. GLA, however, is an anti-inflammatory but at high doses—and in the absence of omega 3s—it can become inflammatory. The recommended 500 mg of EPA daily creates an optimal balance of omega-6s and omega-3s.

Also try: Quercetin. In laboratory studies, quercetin has demonstrated antihistamine and anti-allergenic properties. Clinical trials are needed, but given its safety, I often recommend quercetin to my asthma and allergy patients. Try using 500 mg to 600 mg, twice daily, of quercetin—taken on an empty stomach for maximum benefit.

What it does: Arginine (also called L-arginine) is an amino acid used by the body to produce nitric oxide (NO), a molecule that helps keep blood vessels flexible and able to dilate—both of which stabilize blood pressure. Legumes (such as lentils, black beans and kidney beans) and whole grains (such as brown rice) contain some arginine, but you'll need a supplement to get the 2,000 mg daily that is recommended for blood vessel health.

Caution: Because some research has shown that arginine can be dangerous for people who have suffered a heart attack, it should not be used by these individuals. If you have the herpes simplex virus and want to take arginine, you may need to add 1,500 mg daily of lysine, another amino acid. The virus grows in the presence of arginine but is inhibited by lysine.

Also try: 100 mg daily of Pycnogenol. This plant extract appears to enhance NO synthesis in blood vessels. In a recent placebo-controlled trial, Chinese researchers found that hypertensive patients who took 100 mg of Pycnogenol daily for L2 weeks were able to significantly lower their dose of a calcium channel blocker, a popular category of blood pressure drugs.

What it does: Cholesterol-lowering statins deplete the naturally produced molecule coenzyme Q10—this depletion may lead to muscle damage.

Researchers at Stony Brook University in Stony Brook, New York, found that patients taking statins who added L00 mg of CoQL0 daily for one month reported a 40% reduction in severity of muscle pain, a common side effect of statins.

CoQ10 also may prevent oxidation of LDL "bad" cholesterol—an unfortunate side effect of statins that occurs to LDL cholesterol particles not eliminated by the drug.

The Blood Pressure PiIl That's Great for Your Bones

Thiazide diuretics that control high blood I pressure can also reduce age-related I bone loss and the resulting fractures, but the protection vanishes once the drugs are stopped, researchers say.

Osteoporosis, which can sometimes lead to hip fractures, is a common problem in older men and women, as bones become thinner and weaker during the normal aging process.

Studies have shown that thiazides slow calcium loss and may be a factor in preventing age-related bone erosion.

In a large population of elderly patients, the use of a thiazide medication "offered a substantial protection from hip fracture," says lead researcher Bruno H.Ch. Stricker, PhD, a professor at Erasmus University Medical Center located in Rotterdam.

In their study, the researchers collected data on hip fractures among 7,891 men and women older than age 55.

RISK REDUCED BY HALF

During up to nine years of follow-up study, Stricker and his team found that compared with patients who had never taken a thiazide diuretic, those who had taken a thiazide for more than one year had about a 50% lower risk of hip fracture.

However, this lower risk disappeared within four months after the medication was stopped, the research team says.

WHAT THE RESEARCH IMPLICATIONS ARE

Because thiazide diuretics are relatively safe, Stricker believes that they might be useful for treating older patients who have high blood pressure and who are also at risk for hip fracture.

"But I do not advise using thiazides primarily to protect against hip fracture if you do not have hypertension—not until a clinical trial has demonstrated that it is truly effective and how big that effect is," he cautions.

According to Stricker based on the current study's findings, "it is reasonable to treat an older woman with hypertension who is also [likely] to hip fracture with a thiazide as a first medication."

Dr. Felicia Cosman, former clinical director of the National Osteoporosis Foundation as well as an associate professor of clinical medicine at Columbia University in New York City comments that these findings are consistent with those of other studies.

According to Cosman, it is not surprising that the protective effect of thiazide medications wears off after use of the drug is discontinued. This is a common occurrence that can also be found with numerous other medications, she explains.

“We still need to follow the same preventive measures for osteoporosis. People need to maximize their calcium and vitamin D intake, exercise regularly and reduce any possible risk factors," she advises.

To learn more about how to prevent osteoporosis, visit the National Osteoporosis Foundation at uww.nof.org. 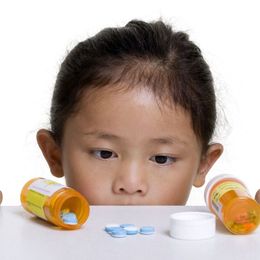 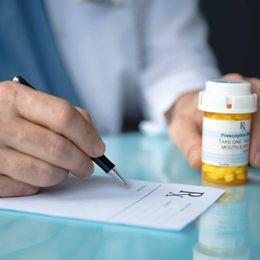