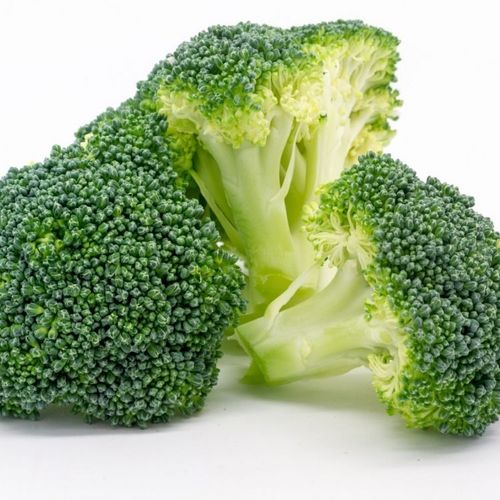 Beyond Broccoli: Healthy (Weird) Foods That Can Stop Diabetes and More

have you ever heard of bilberry? Enoki? What about noni or h=goji berry? When it comes to being loaded with nutrients and healthful phytochemicals, these unheard of foods stand side-by-side with the likes of blueberries and broccoli. Here's a list of seven unfamiliar foods that are worth knowing about...

Bilberries are high in phytochemicals, including a class of compounds known as anthocyanins. A 2010 laboratory study published in journal of Medicinal Foods found that bilberry extract inhibited the growth of breast cancer cells. The berries also may improve blood glucose levels, helping to prevent diabetes. During World War II, British pilots who ate bilberries before evening bombing raids noticed improvements in their night vision. Some compounds in bilberries may help prevent macular degeneration, a common cause of blindness.

Helpful: You can substitute fresh bilberries for blueberries. Or look for bilberry juice. It won't provide the fiber that you would get from fresh berries, but it still has the phytochemicals. Bilberries are available online and in health-food stores.

Salmon gets all the publicity, but like salmon, trout is a fatty fish with large amounts of omega-3 fatty acids. These "good fats" have been linked to a reduced risk for heart disease, rheumatoid arthritis, dementia and other chronic conditions. In 2009, scientists discovered that a peptide (short strands of amino acids) in trout reduced both cholesterol and triglycerides in rats. It may do the same in humans. Trout also is high in vitamins B-6 and B-12, selenium, thiamine and riboflavin.

Helpful: Trout is just as easy to prepare as salmon because the fat keeps it tender, making it less likely to suffer from overcooking than a leaner fish.

One delicious recipe: Combine the juice of three lemons (about six tablespoons of bottled lemon juice) with three tablespoons of olive oil, one-quarter cup of chopped parsley and ground pepper to taste. Dip trout fillets in the mixture... place them on a baking sheet... and bake at 400°F for about 15 minutes.

Also known as goya, bitter melon is a fruit that often is combined with pork or other meats and used in stir-fries in Asian restaurants. Many people love it, but its bitter taste takes some getting used to. The payoff is worth it. A report in Nutrition Review noted that a diet high in bitter melon (three or more servings per week) helps reduce insulin resistance, a condition that can progress to type 2 diabetes. Also, bitter melon is high in antiviral compounds, which can keep you healthier in cold-and-flu season. And bitter melon is among the best sources of vitamin C, with about 60 milligrams in a one-cup serving, about the same amount as in one orange. It is available in Asian grocery stores.

Helpful: The bitterness can be tempered by adding sweetness to a recipe. For example, you could add dried cranberries or one tablespoon of apricot jam to a bitter melon stir-fry.

This crunchy, juicy vegetable (the "j" is pronounced like an "h") is as popular throughout Mexico and Central and South America as iceberg lettuce is in the US. In 2002, researchers in Thailand identified antiviral activity in jicama. It is rich in vitamin C and potassium and also high in fiber, with 5.9 grams supplying 24% of the recommended daily amount.

Helpful: Jicama usually is eaten raw-it's the best way to preserve the vitamin C content. You can add slices or cubes to a garden salad or serve it alone, drizzled with lime juice (and chili powder if you like), as a tangy counterpoint to richer dishes.

Unlike the standard white button mushrooms sold in every American supermarket, enoki mushrooms have long, threadlike stalks, each topped by a delicate white dome. A Singapore-based study found that enoki contains a protein that boosts immune function. It's also a powerful antioxidant that can suppress free radicals, important for reducing inflammation in arteries, joints and other parts of the body.

Helpful: The mushrooms have a mild, almost fruity taste. In Japan, they're added to miso soup. Or you can eat them raw, sprinkled on salads or in side dishes. They are available in Asian grocery and specialty stores.

This is not a fruit that you want to take a bite out of-in its unadulterated form, it has a singularly nasty taste. (Its nickname is "vomit fruit.") It's usually juiced and then combined with other fruit juices. After it's blended, it adds a sharp, but not unpleasant, taste, similar to the taste of unripened pomegranate. Noni is rich in many phytochemicals, including some with potent antioxidant effects. A 2010 animal study found that noni may help to lower blood pressure. It also appears to inhibit the growth of melanoma, a deadly form of skin cancer.

Helpful: In health-food stores, look for a product that is 100% pure noni juice. Then mix one to two ounces of noni juice with other fruit juices, such as apple or pear juice. Experiment to determine what tastes best to you.

Dried goji berries are popular in Australia and Asia, where they are enjoyed as a slightly tangy-sweet snack. Goji also can be used to make juice or a fruity spread. Gojis are high in antioxidants. In a 2009 study published in Nutrition Research, participants who drank four ounces of goji juice daily for 30 days had significantly reduced free radical activity in the blood. The berries also are thought to help protect against diabetes and atherosclerosis. And they're high in fiber, with three grams in one-quarter cup. They are available online and in some health-food stores.

Helpful: Munch them as a snack, or add them to muffins or other baked goods.

Caution: If you're taking a blood-thinning medication such as warfarin (Coumadin), talk to your doctor before eating goji berries. They may change the drug's effects.

Unless otherwise noted, these foods are available at most supermarkets. 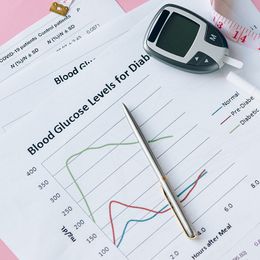 How to Prevent Type 2 Diabetes