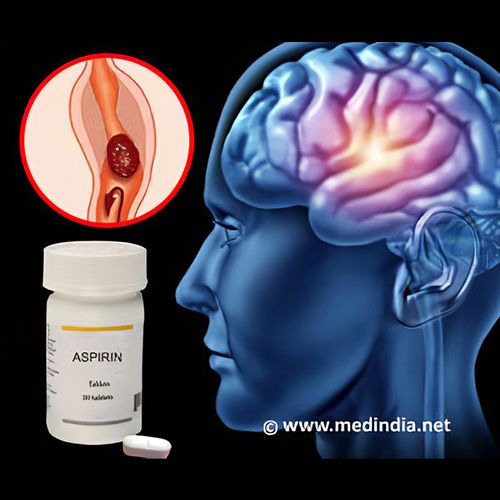 Large doses of ordinary aspirin are as effective as the anticoagulant drug warfarin in preventing strokes in people who have partial blockages of the brain arteries, new research suggests.

Intracranial stenosis, as this artery-blocking condition is formally known, causes approximately 10% of the strokes occurring each year in the US Neurologists have long tried to prevent those strokes by giving patients warfarin, better known as Coumadin.

The study included 569 people diagnosed with brain artery blockage after they had either full-blown strokes or short-lived transient ischemic attacks (TIA), or "mini-strokes." Half of the patients were put on warfarin; the other half took 1,300 milligrams (mg) of aspirin per day.

The 1,300-mg dosage—much larger than the 81 to 325 mg a day that is usually prescribed to prevent heart attack and stroke in otherwise healthy patients—was used because it is the only dosage that is known to be as good as warfarin for this condition, explains lead researcher Dr. Marc L Chimowitz, professor of neurology at Emory University.

After an average follow-up of 1.8 years, the incidence of major problems tracked in the study was virtually the same in both groups 22.1% for those taking aspirin vs. 21.8% for those taking warfarin. The major problems tracked by the study were the incidence of stroke caused by a blocked artery, brain hemorrhage or death from a blood vessel-related cause.

The trial was cut short, however, because the incidence of heart attack or sudden death was much higher for people taking warfarin. Just under 3% of the participants taking aspirin experienced a heart attack or sudden death within the nearly two years of follow-up, while 7.3% of the patients taking warfarin experienced this type of serious cardiac event.

"This should have a major impact on clinical practice," says Chimowitz. "Aspirin should (now) be used in preference to warfarin for people with intracranial arterial stenosis," concludes the study.

However, some controversy may linger as to the amount of aspirin to be prescribed for people who have intracranial stenosis, because the dosage in this study was so much larger than that used for other preventive purposes, Chimowitz says. But, he notes, the incidence of hemorrhage—the major adverse side effect associated with large doses of aspirin—was not dangerously high.

Warfarin's results in the trial were poor simply because it is a difficult drug to manage, Koroshetz contends. It requires frequent monitoring by blood tests to ensure that the dosage keeps blood clotting within an effective range.

For warfarin users who kept within the safe range, stroke rates were actually five times lower than for patients not in that range, Korshetz points out. In addition, their risk of serious heart problems was approximately 40 times lower.

However, Chimowitz believes that because aspirin does not need to be monitored as closely, its ease of use outweighs the potentially greater effectiveness of warfarin. 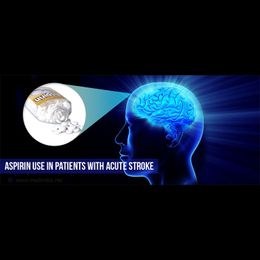 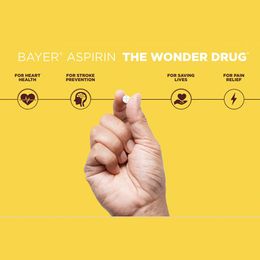