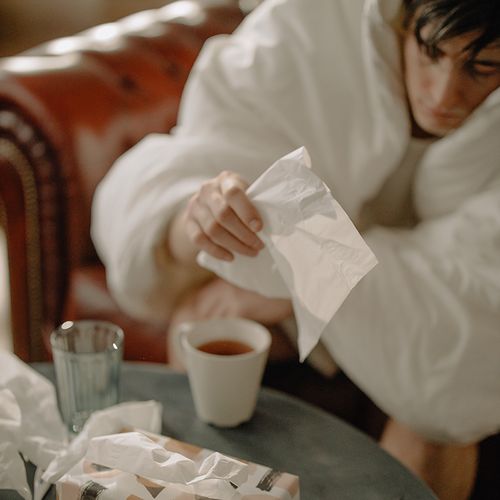 Are Cholesterol-Lowering Drugs Making You Sick?

Statins are cholesterol-lowering drugs, including atorvastatin (Lipitor), simvastatin (Zocor) and rosuvastatin (Crestor). These medications have been shown in rare instances to cause peripheral neuropathy, a condition characterized by pain and numbness in the hands and feet. A Danish study found that people taking statins were 14 times more likely to develop peripheral neuropathy than people who were not taking the drugs. One possible cause is that statins deplete the body of coenzyme Q10 (CoQ10), an antioxidant and energy-producing nutrient. One study found that after 30 days on Lipitor, patients' blood levels of CoQ10 were reduced by half.

If this happens to you, consult a holistic doctor to find a different treatment for high cholesterol. In addition, try taking 200 mg of CoQ10 daily, plus 1,000 mg of acetyl L-carnitine, an amino acid that produces energy in cells, three times daily. You should notice an improvement in eight to 12 weeks. I gave this prescription to an MD friend of mine, and his symptoms are slowly dissipating

Researchers at Rouen University Hospital in Cedex, France, identified 96 people whose tendonitis or tendon ruptures were attributed to statin therapy. In more than half of patients, the problem began within one year of starting statin therapy to lower cholesterol. Those taking metformin for diabetes, fluoroquinolone antibiotics or steroid drugs—all of which increase statins' toxicity-were at increased risk. Tendonitis improved or went away when the statins were discontinued and recurred in those who resumed the therapy.

We are learning about certain side effects only now that statins have been on the market for several years. It is unknown how these drugs increase the risk for tendon disorders. Cholesterol is needed to form tendon cell membranes, and statins seem to interfere with this process or destroy tendon cells. I think most people taking statin drugs could achieve the same cardiovascular prevention with a healthy diet, exercise and natural supplements, such as red yeast rice, plant sterols, fish oil and niacin. Talk to your doctor about treatment options.

Are people who take the cholesterol-lowering drug Vytorin at increased risk for cancer? The Federal Drug Administration is investigating a report from a clinical trial that indicates that there might be such a link. Vytorin contains both simvastatin (Zocor), a statin that reduces cholesterol production by the liver, and ezetimibe (Zetia), which decreases cholesterol absorption from food in the small intestine. The five-year trial was developed to determine whether lowering LDL (bad) cholesterol with Vytorin reduced the risk for cardiovascular events in people with aortic stenosis, a narrowing of the heart valve. Vytorin did not appear to reduce cardiovascular risk, but a larger percentage of people treated with Vytorin were diagnosed with, and died from, cancer than those who took a placebo.

There is much debate about the safety of Vytorin. To date, two ongoing studies, which will be completed in 2010 and 2012, have not found an increased risk for cancer. But a 2007 analysis of 16 studies involving statins, published in Journal of the American College of Cardiology, did find an association between low LDL levels and cancer in patients taking a statin.

Since the jury is still out, I recommend that you speak to your doctor about using a medication other than Vytorin. There also is a variety of natural options, including red yeast rice, plant sterols and niacin, that can optimize cholesterol levels without serious health risks.

In a new study, researchers analyzed 17 studies involving 14,783 patients with chronic obstructive pulmonary disease (COPD)-a group of lung diseases that includes emphysema and chronic bronchitis. Patients who used inhaled drugs known as anticholinergics, which relax airway muscles and assist breathing, had a 58% higher risk, on average, for heart attack, stroke or death than those who did not use these drugs.

If you use an inhaled anticholinergic: Discuss the risks and benefits with your doctor.

In a two-year study of 129 patients with I Crohn's disease (chronic inflammation of the digestive tract), half the patients received conventional treatment-including steroid drugs to reduce inflammation followed by the immune-suppressing drugs azathioprine (murani) and, if needed, infliximab (Remicade), given via infusion. The others received the same regimen without steroids.

After 26 weeks, 60% of the steroid-free group was symptom-free versus 36% of the conventional therapy group.

Eczema (dry, itchy, swollen skin) is usually treated with topical anti-inflammatory cream twice daily during flare-ups. Patients who applied tacrolimus (Protopic) twice weekly to lesion-prone areas even when no lesions were visible went 142 days between flare-ups, on average...versus 15 days for placebo users. Tacrolimus can cause nausea and muscle pain and may increase skin cancer risk, so ask your doctor about the pros and cons of preventive eczema treatment.

Lubiprostone (Amitiza) is currently the only FDA-approved prescription drug therapy for constipation-predominant IBS (which can also cause cramping, abdominal pain, bloating and diarrhea). Lubiprostone increases secretions of intestinal fluid, which increases intestinal motility and reduces symptoms of chronic constipation.

In recent tests on rats, the drugs Levitra and I Viagra helped a cancer-fighting medicine get to the brain more effectively. It also increased survival times.

Sleep apnea sufferers who take Viagra or other erectile dysfunction drugs increase their risk for oxygen deprivation during sleep.

People who take anticholinergic drugs, such as Detrol and Ditropan, to treat incontinence had a rate of cognitive decline that was one and a half times faster than people who did not take these drugs.

Self-defense: Talk to your doctor about alternate therapies.

Recent study: Lupus patients had 36% fewer flare-ups over a two-year period while taking MMF than they had during the two years prior to MMF treatment. If you have lupus, talk to your doctor about treatment options, including MMF.

In a recent analysis of the health data for 17,374 men and women (half of whom had Parkinson's disease), those who had been taking calcium channel blockers (CCBS), such as nifedipine (Procardia) or amlodipine (Norvasc), were 23% less likely to develop Parkinson's than those who didn't take the drugs. No such effect was found for other blood pressure drugs.

If you take blood pressure medication: Ask your doctor if a CCB is right for you. 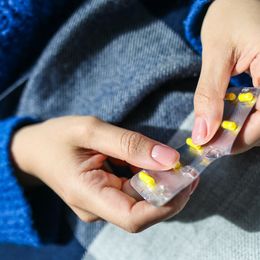