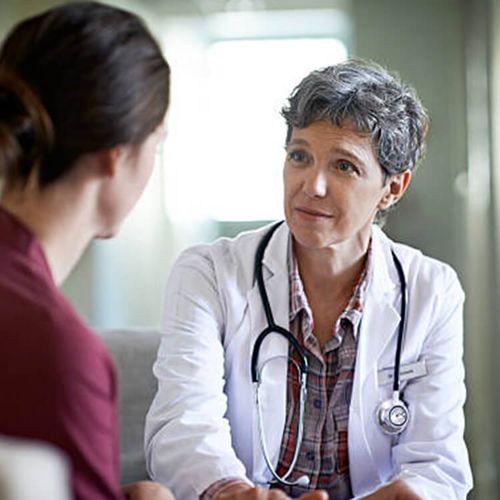 Answers to Questions You Always Wanted to Ask

We all have little things that we would like to ask our doctors-but we don't want to waste their time or we're too embarrassed to ask. Here, an emergency room physician answers those questions.

There is only a grain of truth to this-carrots are a good source of vitamin A, a lack of which can lead to blindness. However, most people get enough vitamin A in their diets with or without carrots.

The story that carrots really improve vision was started by Britain's Royal Air Force during World War II. The Brits didn't want Germany to figure out that they had developed improved radar systems, so they spread the word that the unprecedented nighttime accuracy of British fighter pilots was the result of eyesight sharpened by carrot consumption. Though the war has been over for 60 years, the carrot cover story remains widely believed.

Consuming excessive amounts of vitamin A in supplement form won't give you superior vision, but it could cause toxicity, with symptoms such as hair loss, fatigue and headaches.

Why do men have nipples?

During the early weeks of embryonic development, both men and women are designed on the female template. Not until about six weeks after conception do male embryos begin to show male characteristics. By that point, males have nipples.

Men also have a small amount of breast tissue, which means it is possible for them to develop breast cancer. Men account for approximately one in every 100 cases of breast cancer. The first sign of male breast cancer usually is a breast lump, the same as it is for a woman.

Why does urine smell funny after we eat asparagus?

Asparagus contains mercaptan, a sulfur compound that also is found in onions, garlic, rotten eggs and the secretions of skunks. In the case of asparagus, the odor isn't produced until the compound has been broken down by digestive enzymes. Interestingly, not everyone has the gene for the enzyme that breaks down mercaptan, so some people can consume asparagus without having their urine smell afterward. A study in British Journal of Clinical Pharmacology found that less than half of British people tested produced the odor, while all French people tested did.

Does cracking knuckles lead to arthritis?

Why do we cry when we slice onions?

Cutting into an onion causes enzymes and amino acids in the onion to react together in a way that forms sulfenic acids. These sulfenic acids release a chemical called syn-propanethial-S-oxide into the air, which comes in contact with the nerve fibers of our corneas and stimulates our tear glands.

Attempts have been made to develop tear-free onions, but it turns out that when you remove the enzymes that lead to crying, you also remove the onion's flavor. Research continues, however, and a flavorful, tear-free onion might be available someday.

For the moment, the best ways to reduce onion tears are to chop under a steady stream of water or wear goggles.

Why do we tend to feel hungry again only an hour or so after eating Chinese food?

Chinese food emphasizes white rice and noodles. These low-protein, high-carbohydrate foods cause blood sugar to peak, then fall quickly, leaving us hungry again. To avoid this, select Chinese dishes that contain lots of protein, such as chicken, beef, tofu and fish.

Canker sores, known to doctors as recurrent aphthous ulcers, are the most common oral disease—yet we still don't know exactly what causes them.

Do microwave ovens cause cancer?

Why does hair turn gray as we get older?

We lose hair color because the pigment cells in our hair follicles die off as we get older. The age at which this occurs is determined largely by heredity, though smoking or vitamin deficiency can speed up the process.

Cucumbers are 90% water, and that water is likely to be nicely chilled when the vegetable has been stored in the refrigerator. The cold water constricts the blood vessels around the eyes and the puffiness decreases.

If cucumbers don't do the job, try black tea bags soaked in cold water. Not only will the cold water work, the tannic acid in the tea can help reduce swelling as well.

Why do some people have "innie" belly buttons while others have "outies"?

There's a widespread misconception that the type of belly button you have is determined by the type of knot the doctor tied after you were delivered. I believed this myself—until I delivered my first baby and realized that no knot was involved. Clips are used to clamp off the umbilical cord, then it's cut. The type of belly button you’re left with is just a matter of chance, determined by how you heal when the remainder of the umbilical cord dries up and falls off.

Some belly buttons do turn from innies to outies later in life, but that's usually due to hernias in the belly button region.

Is it true that eating poppy seeds can make you fail a drug test?

Some drug tests do indeed label poppy seed fans as heroin addicts. The same plant that produces poppy seeds also is the source of opium, from which heroin is produced. As little as one teaspoon of poppy seeds might be enough to cause a positive test.

If you know that you're going to have to take a drug test, avoid poppy seeds for about five days. If you have failed a drug test and think that poppy seeds are responsible, there are more precise drug tests that can differentiate between heroin and poppy seeds, so it might be possible to retest your urine sample and prove your innocence. 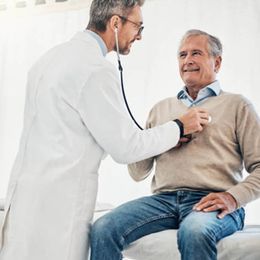 Screening Tests : Are You At Risk?

What Your Doctor Should Ask You (But Won’t!) 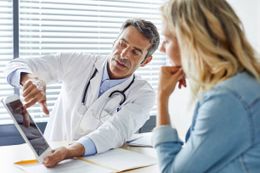