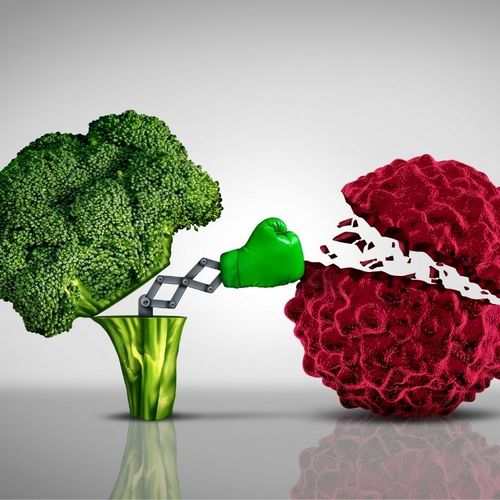 Since the discovery of C-reactive protein (CRP), a blood-borne inflammation marker, a connection between inflammation and heart disease has been well-established.

Now: Research has shown that many other common health problems are also associated with inflammation, such as Alzheimer's disease, arthritis, asthma, diabetes, osteoporosis-and even cancer.

According to a number of scientific studies, any long-term inflammation (lasting months to years) has the potential to cause cancer. This includes inflammation associated with arthritis, gum disease (gingivitis), even a pulled tendon (tendinitis) or inflamed elbow, hip or shoulder (bursitis).

Medical research has focused primarily on the link between inflammation and malignancies of the breast, lung, esophagus, colon and prostate.

Multiple studies conclude that inflammation damages cells and can cause them to become cancerous. This means that all cancers potentially may be affected by inflammation.

All cancers begin as normal body cells. If those cells come under assault, they can transform into cancer cells. This can occur during one of three stages...

· In the initiation stage, a healthy cell goes through a series of mutations to become precancerous. Mutations are caused by a number of different factors, such as viruses, exposure to toxic chemicals or ultraviolet radiation-and chronic irritation and inflammation. For example, too much exposure to sunlight can cause precancerous skin cells, and prolonged irritation from heartburn can promote the development of precancerous cells in the esophagus.

· In the promotion stage, the mutated precancerous cell becomes active and begins to multiply, starting the process that creates a tumor. If inflammation is present, natural body chemicals are released that can directly activate the nondividing cells, turning them into growing cancers.

· Finally, in the progression stage, cancerous cells spread. Here, too, inflammation can help the cancer. Sometimes inflammatory cells called macrophages enter tumors and produce chemicals that allow the tumor to generate new blood vessels that connect to the body's blood supply. The tumor feeds like a parasite, continuing to grow and spread.

Everyone knows basic cancer prevention strategies, such as not smoking, limiting sun exposure and eating a healthful diet.

Most people don't know that other lifestyle changes also curb cancer risk by decreasing inflammation in the body.

· Maintain a healthy weight. Fat cells produce inflammatory chemicals. Research that was conducted at the University College London Medical School in England suggests that up to 30% of the inflammation-related protein, called interleukin-6 (1L-6), in blood comes from fat tissue. This means that the more fat there is in the body, the more inflammation there will be.

· Get enough sleep. The body needs seven to nine hours of sleep each night to regenerate. Young people who are sleep-deprived have the type of inflammatory and immune changes usually seen only in the aged. Trouble falling or staying asleep can be a sign of an inflammation-related disease, such as arthritis, allergies or diabetes.

· Don't ignore chronic illness. If you have avoided seeing your doctor for symptoms of heartburn, bursitis, gingivitis or any other seemingly minor problem, make an appointment today.

This is especially true if you experience weeks of unexplained fatigue-a sure sign that inflammation is lurking somewhere in your body.

Chronic inflammation, even in a specific site such as the hip or gums, can mean long-term inflammation throughout the body. It's better to treat a small problem today than cancer tomorrow.

· Consider a statin drug. Statins, such as atorvastatin (Lipitor) and pravastatin (Pravachol), are routinely prescribed to help lower cholesterol levels and reduce inflammation in people at risk for heart disease.

Recent studies have shown that statins also may play a role in preventing colon, kidney and skin cancer.

New finding: In a retrospective study of 3,000 Israeli men, a University of Michigan researcher found that taking a statin lowered colon cancer risk by 46%.

Scientists believe that statins work, in part, by inhibiting an enzyme called farnesyltransferase. This enzyme is involved in cell proliferation, and therefore, blocking it may also stop the progression of cancer.

Caution: Statins can cause unpleasant and potentially dangerous side effects, such as muscle weakness, nausea and headache. Ask your doctor if a statin would benefit you.

· Ask about NSAIDs. Decades of research have shown that taking nonsteroidal anti-inflammatory drugs (NSAIDs) can reduce the risk for certain malignancies-especially colorectal, breast, lung and ovarian cancer-by 18% to 40%. Risk for prostate and bladder cancers also may be reduced.

However, NSAIDs have many side effects, including increased risk for stomach ulcers and internal bleeding.

If you are at high risk for cancer because of family history or a chronic inflammatory disease, the benefit of taking an NSAID may outweigh its potential risks-especially if you're at low risk for heart disease. You should ask your doctor for advice.

Caution: Never take an over-the-counter (OTC) medication, including aspirin or ibuprofen, for more than 10 days without consulting your doctor. 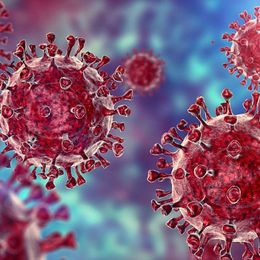 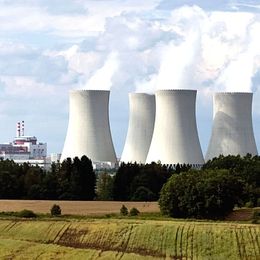